Our canine companions can produce a surprising variety of noises ranging from adorable to alarming. More often than not, these quirky sounds add to a dog’s charm and personality, and are perfectly normal. However, there are times we might wonder why our pet is making a particular noise and whether or not it is something we should worry about.

Let’s review common weird dog noises, why dogs make them, and if the noises warrant a trip to the veterinarian.

Why is My Dog Making Weird Noises? 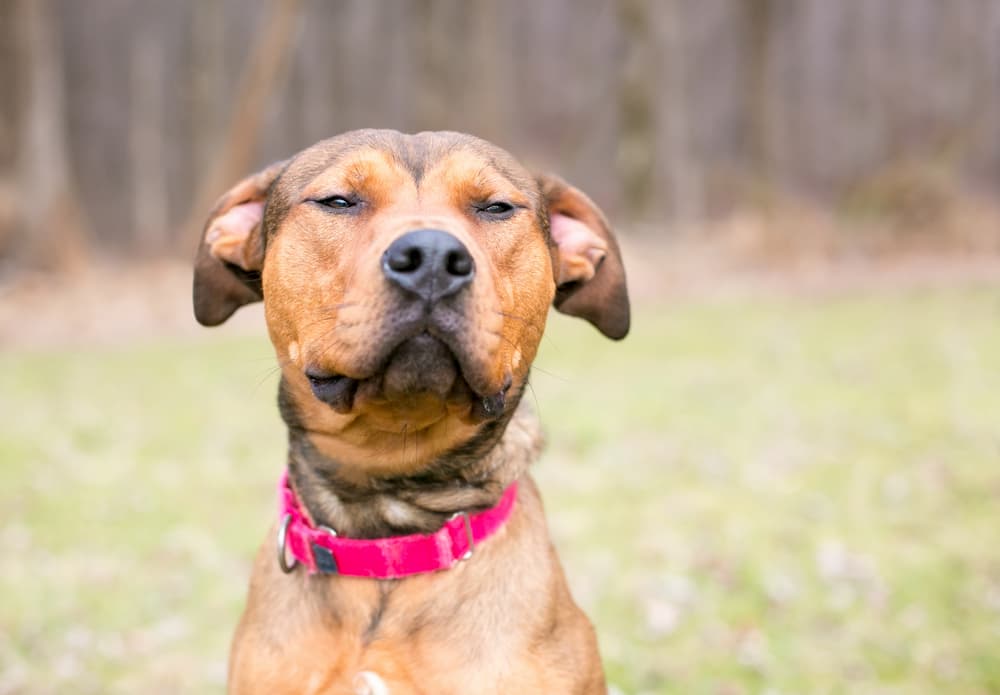 Dogs can’t speak the way humans do. Instead, they rely on a variety of sounds, coupled with body language, to communicate with humans and other animals. From barking, panting, yowling, whining, yelping, and more, dogs are making weird noises to express themselves.

Other noises, such as snorting, snoring, or wheezing, are associated with breathing. These weird breathing noises are typical of some dogs, especially those with short muzzles like French Bulldogs and Pugs, but are more concerning in dogs who normally do not make them.

Digestion is another source of bizarre sounds produced by our dogs. Burping, stomach gurgling, breaking wind, and more are all by products of healthy digestive processes. However, if these signs are accompanied by other changes in your pet such as vomiting, diarrhea, or anorexia, they could be due to a medical condition that requires treatment.

Weird dog sounds like hacking, retching, gagging, coughing, and sneezing are more alarming and justify a visit to your veterinarian, especially if your pet is having difficulties breathing or showing any other signs of illness.

10 Weird Dog Noises and What They Mean 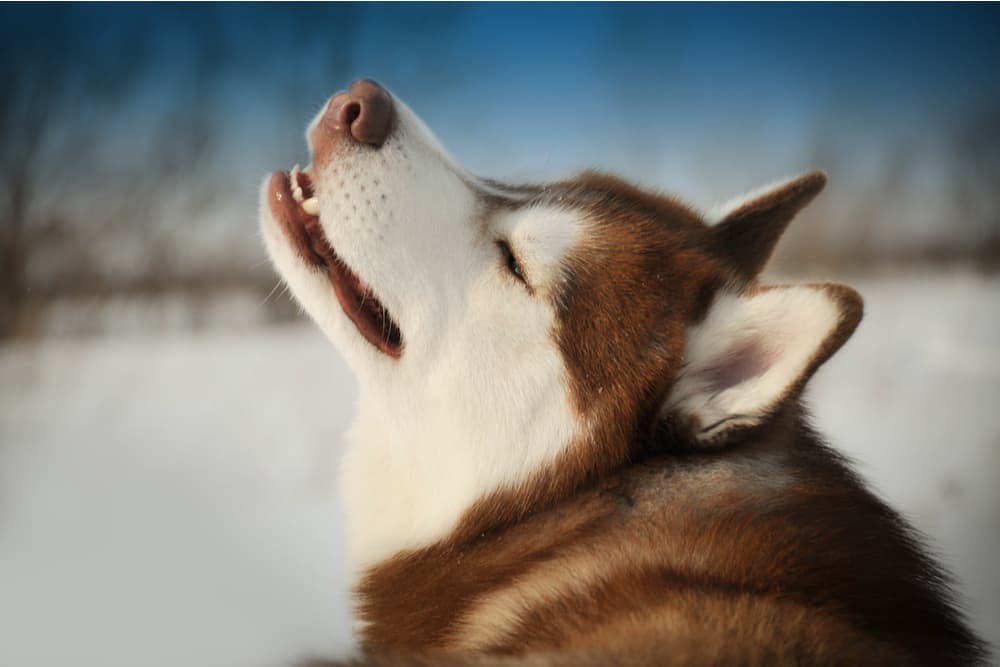 By familiarizing yourself with the noises your dog makes regularly, you can better distinguish between a normal noise and one that could indicate a health issue or medical problem.

Barking is a dog’s primary form of communication and can mean many different things such as joy, fear, anxiety, excitation, and alarm. The best way to interpret a bark is evaluating the context. For instance, a dog who is barking, wagging their tail, and bouncing around playfully is likely excited, whereas a dog who is barking, snarling, and raising their hackles is probably threatened.

Some dogs have the ability to employ a specialized bark such as a bay or a howl. Baying is a long, deep bark, whereas howling is a long, high pitched bark. Both noises have ancestral routes to hunting and are used to inform humans or packmates that they are on the trail for prey, tell unwelcome strangers to stay away, alert others to their location, and even to call for help. Some dogs even howl at sirens and seem to mimic the noise made by police cars and ambulances.

Growling is a weird dog noise that we are all familiar with, and immediately recognize as a warning to stay away. However, the growl can actually mean more than that.

Many dogs will growl while playing with one another or tugging on a rope toy. Over time, you’ll learn to interpret your dog’s unique growls using their body language and actions. A low rumbling growl could mean they hear something outside and want you to know about it, whereas a louder growl combined with pinned ears and a hunched posture could mean they want some space.

Fortunately, reverse sneezing is generally a harmless condition likely related to allergens or other substances that would cause a regular sneeze. Some dogs also begin reverse sneezing when they become over excited, and will reverse sneeze until they calm down.

Dogs will cough or sneeze for many of the same reasons people do. Exposure to allergens, strong scents, dust, or smoke can lead to an innocent cough or sneeze. Additionally, dogs cough or sneeze if they have something stuck in their nose, like a piece of grass, or something tickling their throat.

Upper respiratory illnesses, such as Canine Influenza Virus, can also cause dogs to sneeze or cough. Coughing can also be the result of a more serious medical issue like pneumonia or heartworm infection. While an occasional sneeze or cough is nothing to worry about, if it becomes excessive, lasts more than a day or two, or your pet shows any other signs of illness, a trip to the veterinarian is a good idea.

Another loud, dramatic dog noise is honking. Typically, dogs will experience fits of honking during exciting situations or at night. This goose-like honking sound is characteristic for a collapsing trachea, a condition in which the trachea partially collapses and dogs need to honk loudly to re-open it. Dogs making this sound should see a veterinarian for diagnostics and treatment. 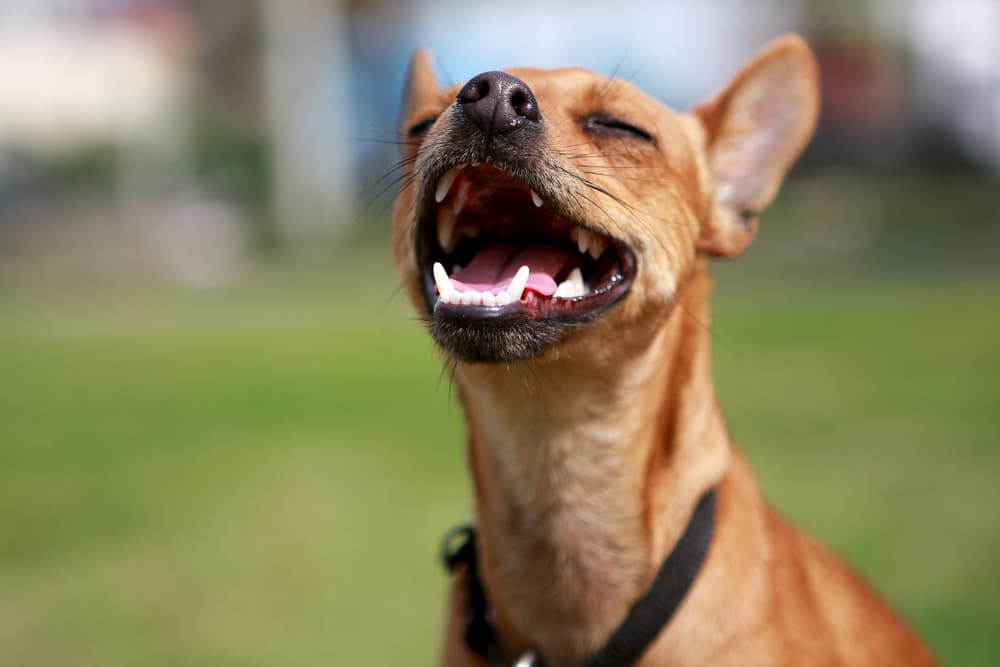 Like coughing and sneezing, gagging and hacking are weird noises dogs make when they have something irritating (or even stuck) in their throat. If you hear your dog making a gagging or hacking sound, you should investigate the issue because they could be choking on something. If they make the noise only a few times and then continue about their business, it’s likely not concerning. However, if they make the noise repeatedly, it could be due to a medical condition such as kennel cough, asthma, an upper respiratory infection, heartworm infection, or intestinal parasite migration.

Whimpering and whining are additional dog noises used primarily for communication. Like the bark, a whine can mean many different things. Dogs may whimper or whine when they are stressed, afraid, or in pain. Whining can also mean that your dog wants attention, such as food, a walk, or some tummy rubs. They could even be trying to ask you to help them find their favorite toy. When deciphering the meaning of your dog’s whine, use context clues such as their environment, body language, or energy level.

Regular dog digestive processes can occasionally be noisy. These weird gut sounds are called borborygmi, and range from low gurgles to high pitched squeaks. Most of the time, these noises are nothing to worry about, especially if your dog is acting normally. However, if dog stomach noises are accompanied by other signs of illness such as loss of appetite, diarrhea, or vomiting, or if your pet seems restless and uncomfortable, this could be the sign of gastrointestinal illness that requires medical attention. 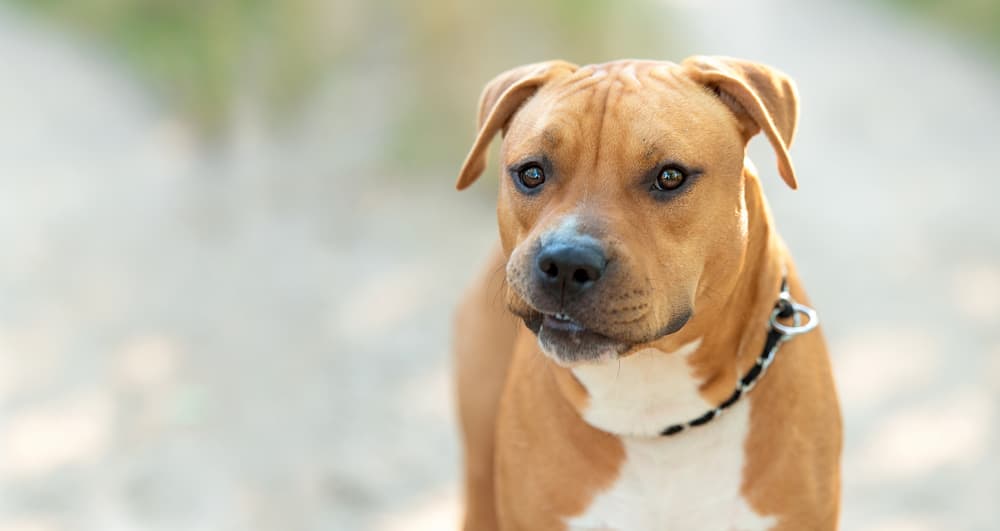 Dogs express emotions through noises like groaning, grunting, and sighing. Your dog might let out a deep, relaxed sigh as they curl up next to you in bed, or groan as they finally settle into bed at night. Maybe your fingers found that perfect spot right behind their ear and they vocalize their contentment through a series of adorable grunts. Occasionally, groans or grunts can occur in response to pain or discomfort. Again, using context clues and familiarizing yourself with your dog’s typical grunts and groans can help you quickly distinguish between an innocent noise and one that warrants investigation.

Possibly the most endearing noises our canine companions make, snoring and sleep sounds occur while dogs are resting. Snoring is usually an innocent noise. It happens more commonly in short-nosed, or brachycephalic, breeds due to their head, neck, and airway shape and structure. Some dogs always snore, and others only snore occasionally, such as when they are positioned differently, exposed to allergens, or are experiencing very deep sleep. However, if snoring is becoming very loud or more frequent, it could indicate an airway disease.

Other sleep sounds such as barks, yips, whimpers, or growls are nothing to worry about, as your dog is likely experiencing a vivid dream. These noises should stop as soon as your dog wakes up.

What To Do If Your Dog Is Making Weird Noises 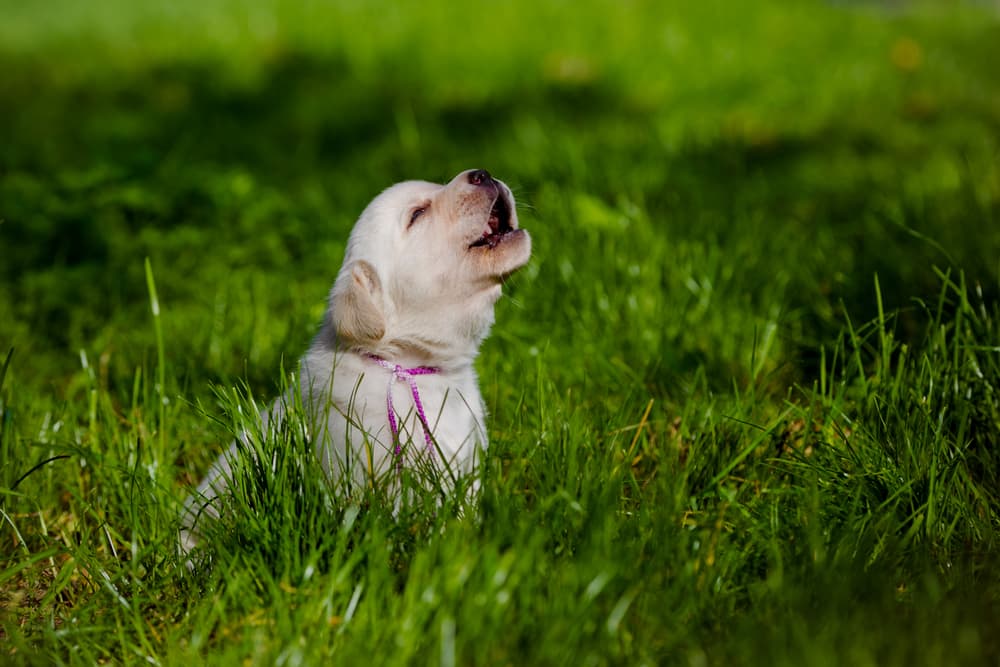 Decoding dog sounds is a learned skill that you’ll strengthen through experience. In most instances, the weird noise your dog is making is harmless and no investigation or changes are necessary. Becoming accustomed to your dog’s routine noises and behaviors is the best way to detect any abnormalities or healthy concerns that require care or intervention.

If your dog is making any weird noises you don’t recognize, new noises, or if the noise is accompanied by other signs of illness or distress, it’s always best to check with your veterinarian to make sure there’s no cause for concern.

Otherwise, cherish your pup’s silly noises and maybe share a cute video online for your friends to enjoy as well.