Just like humans, dogs can burp. Most of the time, it’s entirely normal for a dog to burp, but there are some times when burping can be a sign of a problem with your dog.

If your dog burps occasionally, it’s usually nothing to worry about. But if your dog is very gassy, it’s time to get to the bottom of what’s causing this issue. 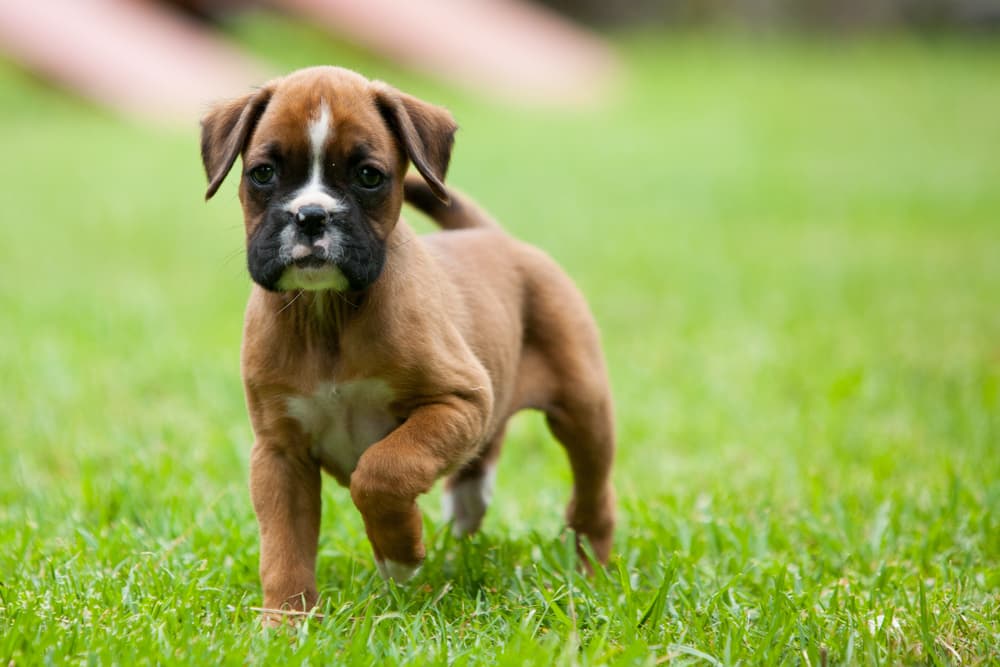 Dogs burp just like humans do, and they do this to let excess air out of their stomachs. Most commonly, excess air gets into the stomach when it is swallowed. Dogs that gulp their food down will often burp to release air that has been accidently swallowed with the food.

It’s more common for dogs to burp if they are flat-faced. Breeds such as Boxers, Pugs, and Bulldogs burp often, as their snout length means they’re much more likely to swallow air.

There are other causes of burping in dogs, such as gastrointestinal upset, but this is less common.

Causes of Burping in Dogs 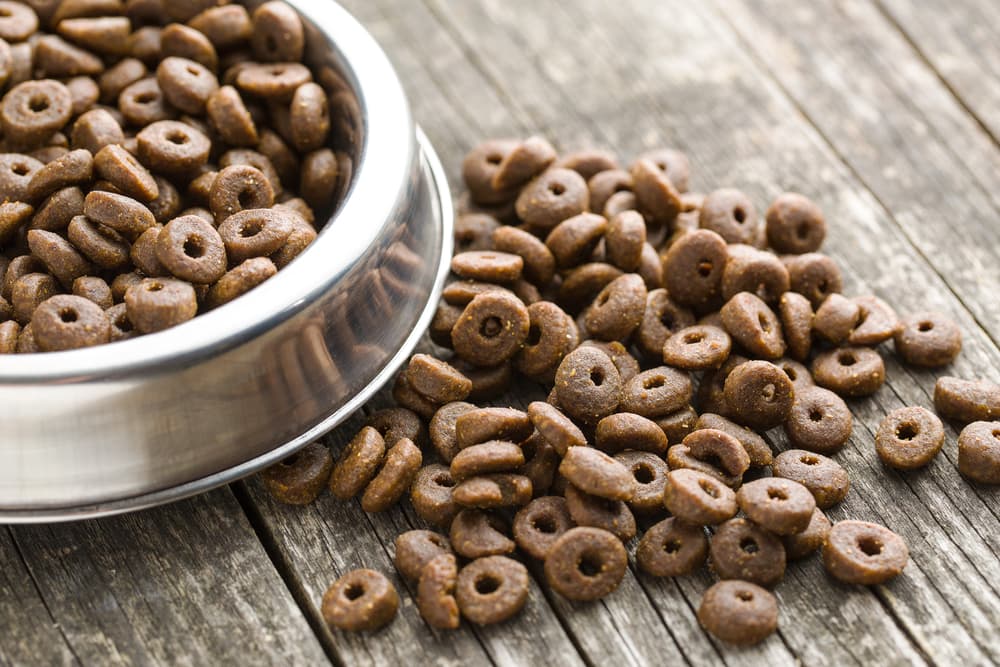 Dogs that have swallowed air will burp in order to remove it from their stomach. Air can be swallowed when dogs eat too quickly—usually if they’re hungry, greedy, or when there are other pets in the house that they worry may steal their food. Dogs of certain breeds are more prone to this sort of burping. Labradors, for instance, are very prone to gulping their food down. If your dog burps after eating, it’s probably normal.

Diet can sometimes be to blame for burping in dogs. Dogs that have an alkaline diet will produce gas when it meets the stomach acid, resulting in increased burping. Kibbles of certain shapes may increase burping if more food is swallowed when they eat. For instance, doughnut-shaped kibble will increase air ingestion. Burping is also likely if a poor-quality diet is fed, or if the diet doesn’t agree with a dog for some reason (if a dog is allergic to one of the ingredients).

Dogs that have a tendency to dig through the trash or garbage can may also experience gastrointestinal upset and burping. These dogs may go from burping, to burping up liquid, to vomiting, and sometimes on to pancreatitis, vomiting, diarrhea or problems with a blockage. If you notice your dog burping and you suspect your dog is scavenging through the kitchen trash can, it’s a good idea to keep a close eye out for other problems that indicate something more serious. 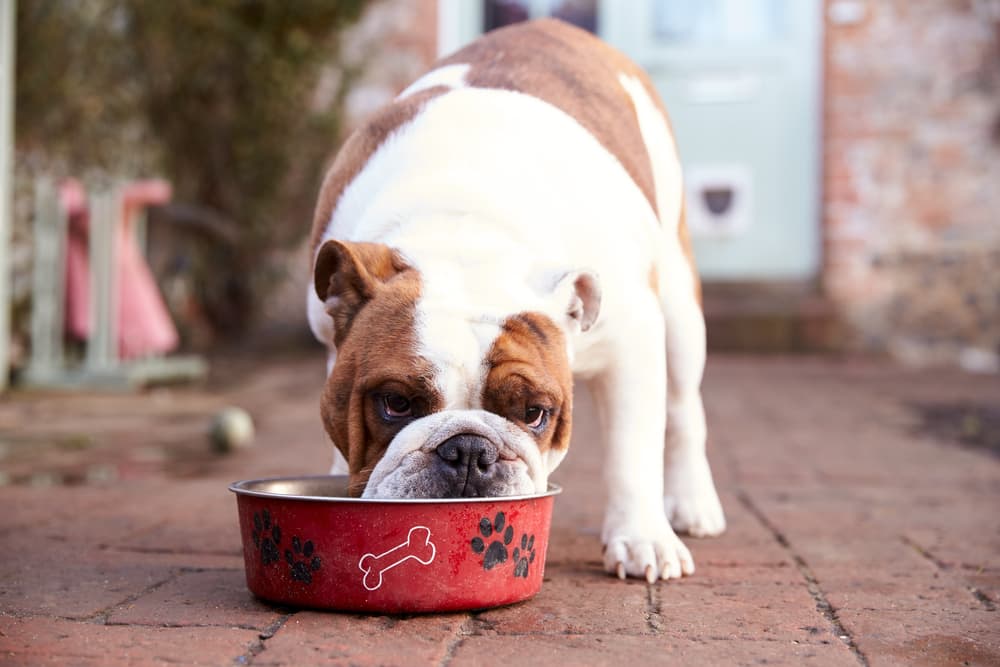 Some illnesses can also cause burping. Gastric-dilation-volvulus (GDV), sometimes called bloat, is a life-threatening illness where the stomach fills with air but is unable to expel it due to a twist that blocks off the gut. Excessive burping and non-productive vomiting are early signs of GDV. GDV is more common in deep-chested dogs and will usually occur if dogs eat too quickly, too much, or exercise too soon after eating.

Less serious illnesses can cause burping too. Any imbalance or upset in the gastrointestinal tract can cause burping—and sometimes these burps can smell terrible! This is because, instead of swallowing air, air is being produced in the stomach and the first part of the gut. Air rises, so this eventually escapes as a burp. This can smell like rotten eggs, a previous meal, or even fishy, depending on what is being carried in the breath.

Dog Burping: When to Be Concerned 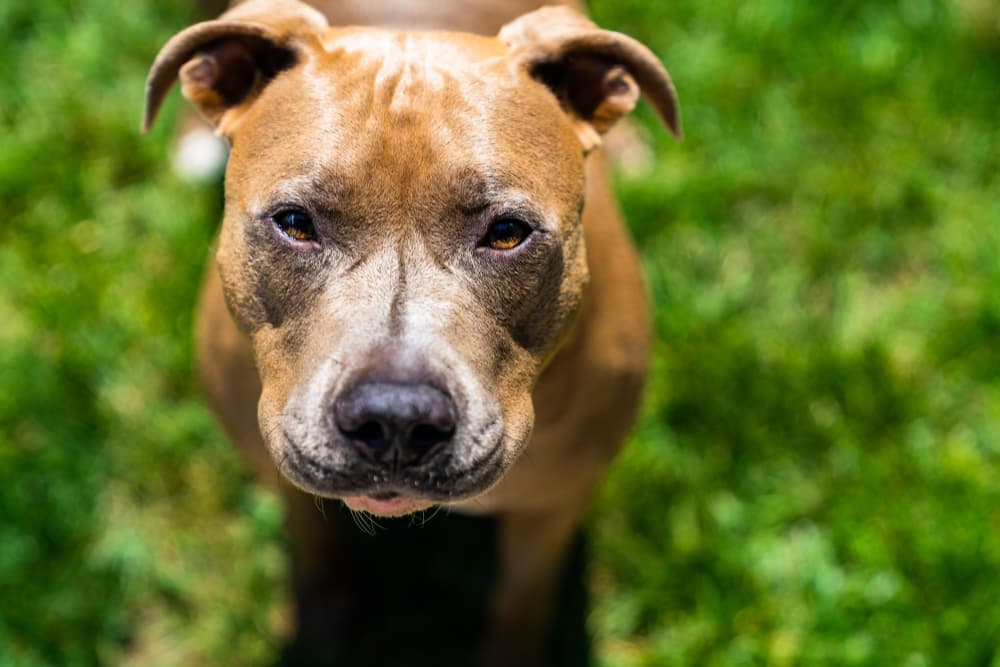 If your dog burps once or twice after each meal, it’s probably nothing to worry about. You could always try to improve matters by slowing your dog’s eating using a treat ball feeder or a food bowl specially designed to stop dogs from eating too fast. Eating more slowly not only reduces burps; it also helps to provide mental stimulation and increases satiety (the feeling of being full).

Pet parents should be concerned if a dog begins to burp suddenly, where they haven’t before. If it’s just once or twice, and the dog is otherwise well, it’s not an emergency, but it could be a sign of gastrointestinal problems to come. Pet parents should watch their dog closely for further issues such as vomiting, diarrhea, and abdominal pain. If your dog keeps burping after each meal and seems very gassy, but is otherwise well, it might be worth considering if diet might be to blame. If it continues to be a problem, your veterinarian can help you to investigate.

However, when a dog burps a lot, or vomits, or has unproductive vomit, it’s a good idea to call the veterinarian for advice as soon as possible in case GDV is a possibility. Other signs that increase the likelihood of burping being a problem include lethargy, abdominal pain, different-colored gums and a fast breathing rate—which could signal an emergency. Call your veterinarian if you notice any of these signs.

If your dog’s breath smells particularly bad, or excessive burping has started recently, booking a non-urgent visit to the vet may be a good idea. They can help you to investigate for other gastrointestinal problems and discuss the diet that your dog is on. If your dog’s burp smells like rotten eggs after starting a new medication, it’s probably nothing to worry about, but your vet will happily check for you.