Sometimes the sound catches people off guard—the long, low howl that erupts out of the family dog when an ambulance passes by or a fire truck races down the street.

Not all dogs display this howling behavior, and even ones that do don’t howl at emergency sirens all the time. But when dogs let out a howl, they seem to be answering a primal call encoded deep within their DNA.

Do We Know Why Dogs Howl at Sirens?

The truth is that researchers and animal behaviorists don’t know exactly why some dogs howl when a siren passes by. But there are plenty of theories. Are they trying to communicate with the sound? Does it hurt their ears?

While researchers don’t have definitive answers, they do believe that the root of the behavior likely lies within a dog’s genetic history.

Dogs and Howling: The Ancestry Connection 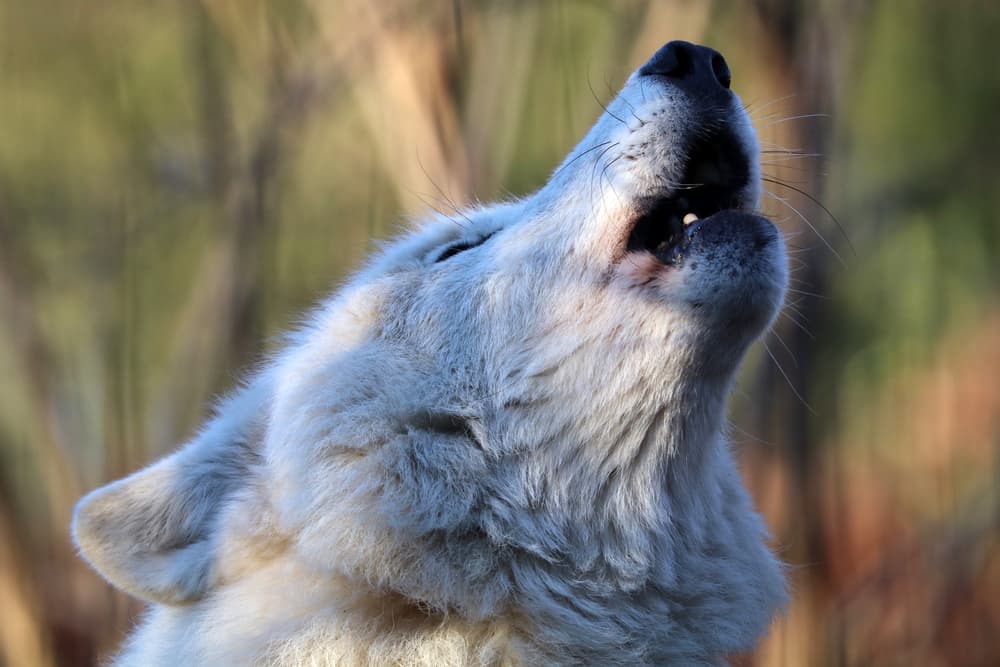 Wolves are often depicted with their head thrown back in a long howl—the behavior is almost synonymous with them. This unique form of communication serves a few purposes in the wolf community, from gathering the pack to location-finding.

A recent study out of Austria attempted to learn more about the specifics of why wolves howl (1). The study set out to determine if captive wolves could control howling vocalizations or if they were triggered by emotional stress. Researchers discovered that not only were howls voluntary, they were often a result of being separated from an important companion, like the pack leader or a preferred partner. This may be why modern-day dogs howl due to separation anxiety.

Surprisingly, one of the findings from the study suggests that howling is not necessarily tied to emotional stress. Scientists measured the cortisol in captive wolf saliva and discovered that the levels of stress didn’t correlate to the intensity of the howling.

Certified dog behavior consultant and dog trainer Pat Miller, owner of Peaceable Paws LCC, agrees that there’s probably a hardwired, instinctual element to domestic dogs howling. “I tend to buy into the theory that it harks back to wolves howling in packs and they enjoy it, especially because some dogs will also howl when other dogs howl,” she says. “If we want to be technical, we could say that dogs have a genetic propensity to be reinforced by the opportunity to howl along with others.”

Do All Dogs Howl at Sirens? 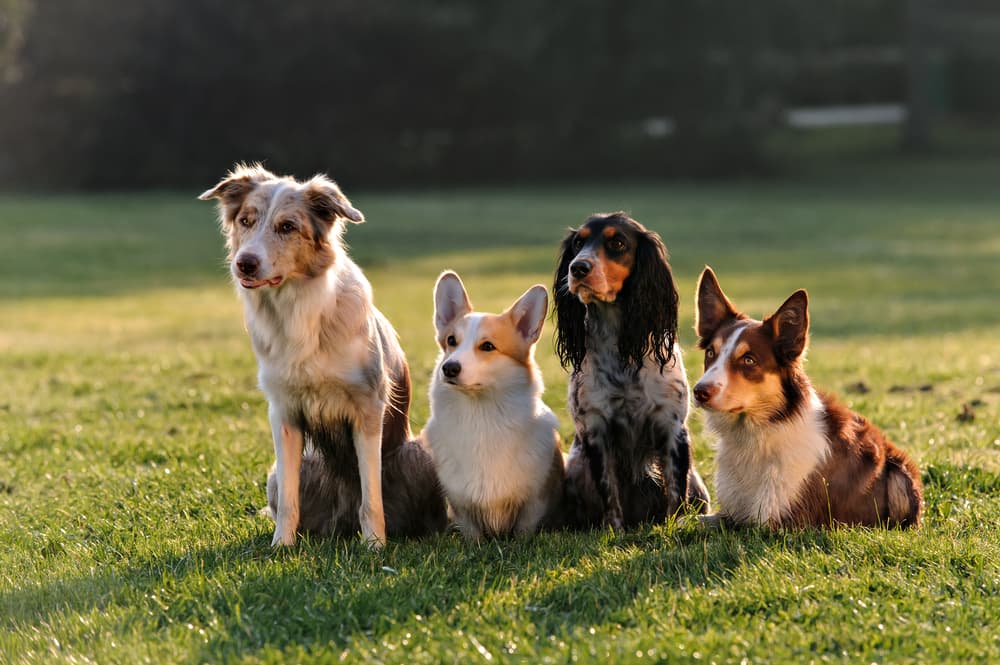 Not all dogs practice this behavior, though breeds as varied as Boston Terriers to Boxers start howling at fire trucks, ambulances, or police cars when they pass by. Hounds like Beagles, Coonhounds, Foxhounds, and Bloodhounds, are known for their distinctive howls, likely because they’ve been selectively bred to howl while on the hunt to let their handlers know where they are.

“Many of the Nordic breeds, such as Malamutes and Huskies, are also howlers,” Miller adds, “perhaps because they are believed to be closer to their wolf ancestry than some of our other breeds.”

Do Sirens Hurt a Dog’s Ears? 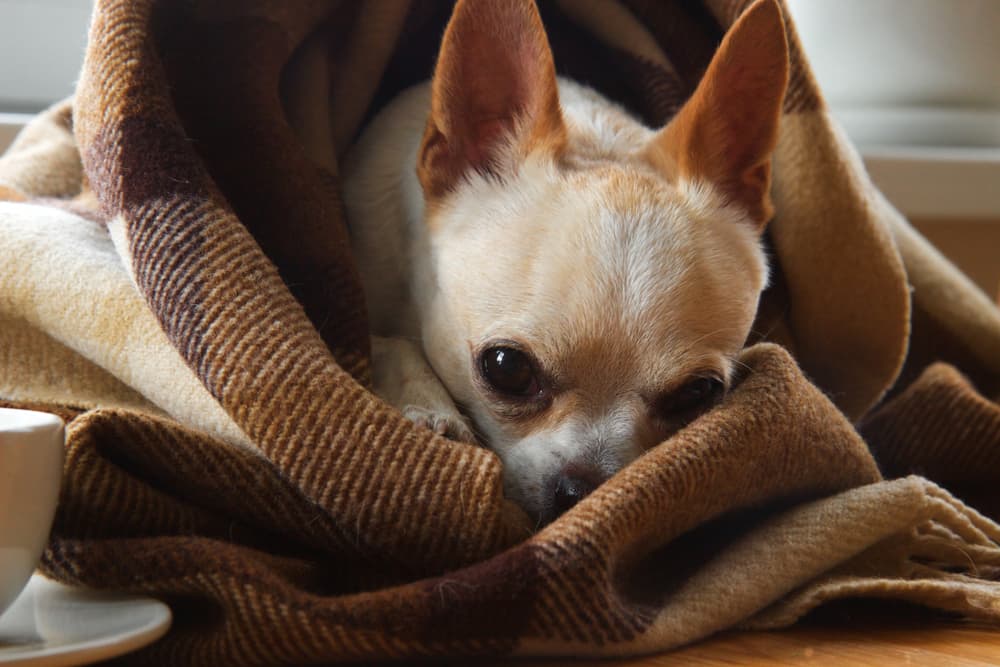 While dogs have much more sensitive hearing than ours, it’s unlikely that loud siren sounds hurt their ears.

Miller states that dogs generally don’t react to sirens in ways that suggest pain, especially if they respond by howling.

“Signs that a dog finds sirens aversive might include hiding, trembling, and running away from the sound, rather than staying in place and howling,” she says.

For many dogs, howling is a group sport, because when one begins the others join in. This also suggests that siren sounds aren’t painful, despite dogs’ sensitive hearing.

Other High-Pitched Sounds That Cause Dogs to Howl 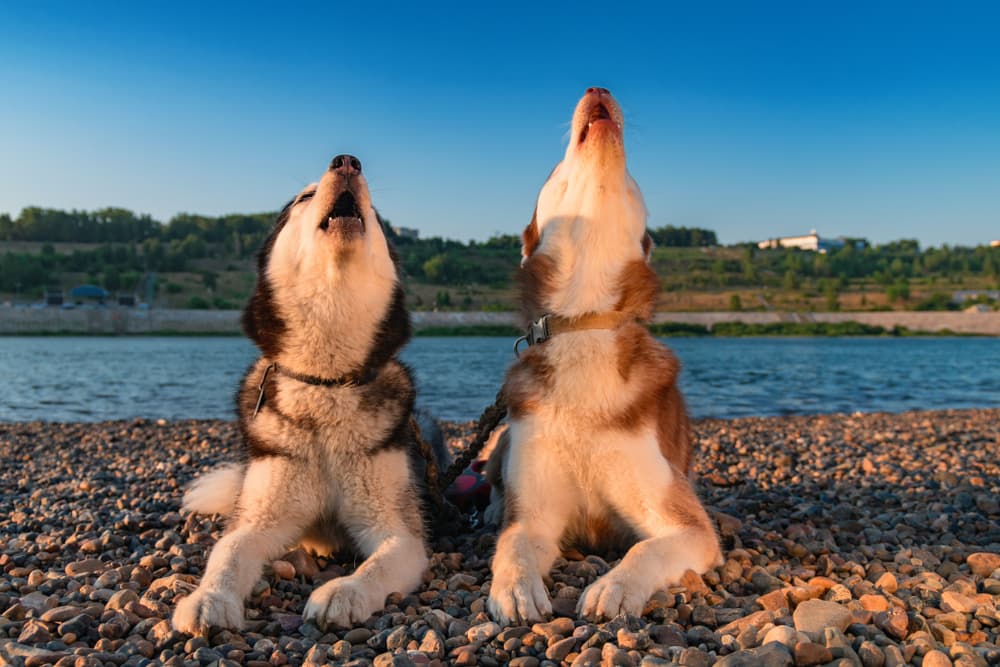 It’s not just emergency sirens that can trigger a long, full-throated howl from the family dog. The internet is filled with videos of dogs howling along to pianos, reed instruments like flutes and saxophones, guitars and other high-pitched sounds like human singers.

Some dogs pick a single note and hold it, while others let their vocalizations slide along to match the instrument, a feat that suggests that dogs have a sense of pitch. If the sound becomes problematic or frequent, you can consult a dog trainer or behaviorist to get your dog to stop howling. But the occasional outburst at a siren or ambulance driving by shouldn’t be considered a behavior problem and is nothing to worry about.

Howling is yet another adorable canine habit that we dog owners might never completely understand, but it’s one we can all enjoy!