Severity: i Low
Life stage: All

Many a dog parent has placed an emergency call to the veterinarian upon seeing their dog reverse sneeze for the first time, assuming their dog is choking or gasping for air, or even dying.

Although these short-lived dog sneezing episodes can sound truly awful, pet parents can rest easier knowing that reverse sneezing is usually not a cause for concern. In fact, it’s fairly common among dogs (not as much among cats). Still, if this happens to your dog regularly, it is worth following up with your veterinarian to rule out any underlying health conditions.

Here is everything pet parents need to know about reverse sneezing in dogs.

What Is Reverse Sneezing? 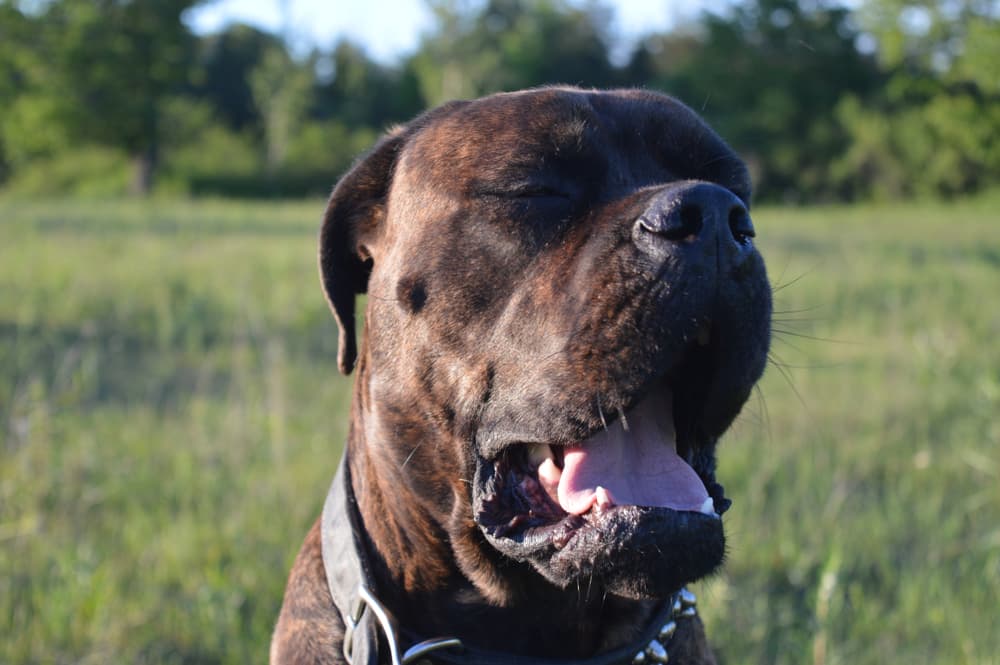 Much like regular dog sneezing, a reverse sneeze is a sudden, involuntary respiratory reflex. But instead of pushing air out, as with a regular sneeze, the dog pulls air into her nose with a series of forceful, rapid inhalations. The resulting sound can be described as a part honk, part snort, and part choking noise.

This sounds very different from regular dog sneezing, including play sneezing, which happens in short bursts when dogs are playing together.

Many pet parents think their dog is choking or having an asthma attack, but “a reverse sneeze is much more uncomfortable for the owner than the dog,” assures Dr. Lori Teller, clinical associate professor of telehealth at Texas A&M University’s College of Veterinary Medicine. “It’s not painful or harmful.” She explains that just as with regular sneezes, these episodes are temporary and almost always resolve on their own with no after-effects.

The unsettling sound is the result of a muscle spasm of the soft palate (the back part of the roof of the mouth) and throat. This spasm temporarily narrows the opening of the dog’s throat and trachea, making it harder for the usual amount of air to reach the lungs. To compensate, the dog has to try harder to inhale.

The technical term for what’s happening during a reverse sneeze is “inspiratory paroxysmal respiration” or “pharyngeal gag reflex.” Episodes of reverse sneezing usually come on very suddenly, last anywhere from 30 seconds to a minute or two, and the dog is perfectly normal before and afterward.

While occasional episodes are nothing to worry about, chronic or persistent episodes where your dog is sneezing a lot can indicate an underlying issue that requires treatment.

“If your dog has other respiratory issues, such as a cough or difficulty breathing, then it’s important to have the dog examined,” Dr. Teller advises. For example, nasal mites, polyps, or a foreign body stuck in the throat or nasal passages can sometimes be to blame for excessive reverse sneezing. “If the dog does not seem to feel well, does not have a normal appetite, has nasal discharge, or is lethargic, then something more than reverse sneezing is going on,” Teller adds.

More serious conditions that can include or mimic reverse sneezing are kennel cough (bordetella) or a collapsed trachea, both of which are accompanied by frequent coughing that seems to get worse. In particular, a collapsed trachea is a serious congenital issue that includes a dry cough, exercise intolerance, and trouble with eating and drinking.

Symptoms of Reverse Sneezing in Dogs

During a reverse sneeze, a dog will usually stand up, but sometimes they’ll take a classic “sit” pose with their hindquarters on the ground and front paws on the floor. In either position, the dog will extend her front legs with the elbows tensed, pushing the elbows apart slightly, so the chest has more room to expand. She’ll stretch out her head and neck and widen her eyes while inhaling repeatedly and forcefully through the nose, creating a snorting or hacking sound.

Episodes of reverse sneezing may last anywhere from a few seconds to a minute or two, but as soon as it passes, the dog’s breathing returns to normal, and she acts as if nothing happened.

Here are some telltale signs of reverse sneezing in dogs: 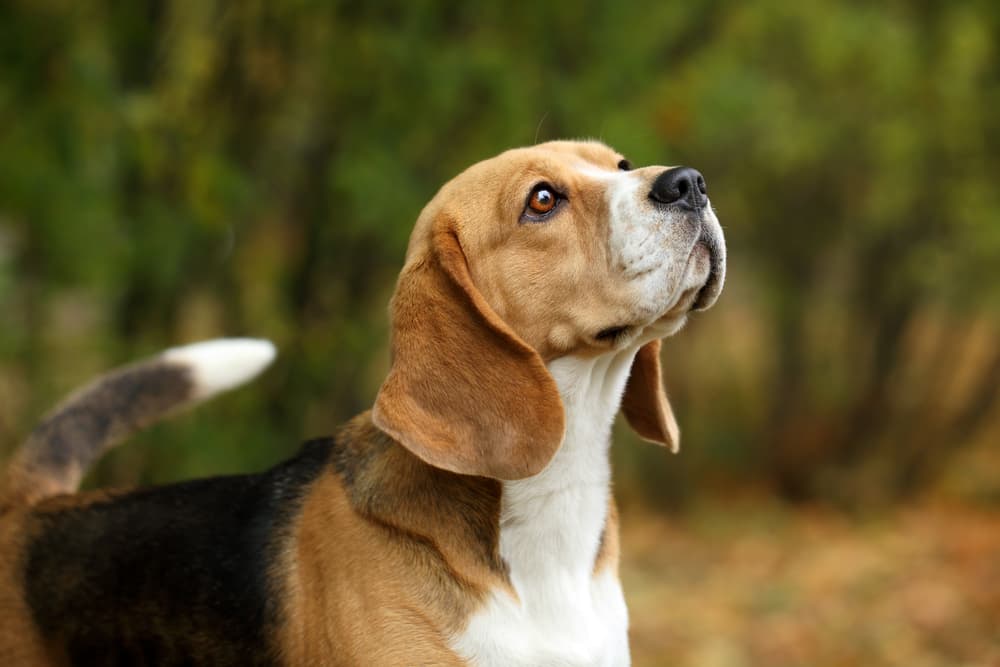 Although the exact cause is unknown, acute episodes are often a response to something temporary in the dog’s environment. According to Dr. Teller, “Anything that can cause irritation of the throat can trigger an episode.” It could be a perfume or cleaning product, allergenic particles in the air, or even a sudden change in temperature like going outside on a cold day. Overexcitement or vigorous activity can also bring on an episode, as can pulling too hard on a leash.

Many times, a reverse sneeze is just a dog’s way of clearing excess mucus from the nasal passages, says Dr. Suma M. Rao, clinical assistant professor at Purdue University Department of Veterinary Sciences. “If human adults have mucus in their nose, they would blow their nose.  If children had the same thing, they would let it run down their face. Dogs suck mucus to the back of their mouths, and that is what makes the unusual sound.”

Chronic or frequent reverse sneezing is rarer but could signal an underlying problem such as postnasal drip, a stuck foreign object in the nasal passage, nasal tumors, nasal mites, allergies, or a respiratory infection and warrants a visit to your veterinarian.

Dogs with short noses (brachycephalic breeds) such as Pugs, Shih Tzus, and Bulldogs are more prone to reverse sneezing due to having a longer soft palate that can become irritated more easily. Smaller dogs like Beagles, Terriers, and Chihuahuas are also more likely to be affected, possibly due to having smaller and narrower throats and windpipes.

Diagnosis of Reverse Sneezing in Dogs

Your veterinarian will want to know:

After going over these questions, the veterinarian will perform a complete physical exam, focusing on the respiratory tract. She will listen for any abnormalities in the dog’s breathing and look inside the nose and throat for any obstructions. She may also apply pressure along the respiratory tract in order to observe any indication of pain or irritation.

If the physical exam raises any concerns, the veterinarian may order X-rays or rhinoscopy to examine the nasal passages for infections, masses, foreign material, or anatomical abnormalities along the respiratory tract. 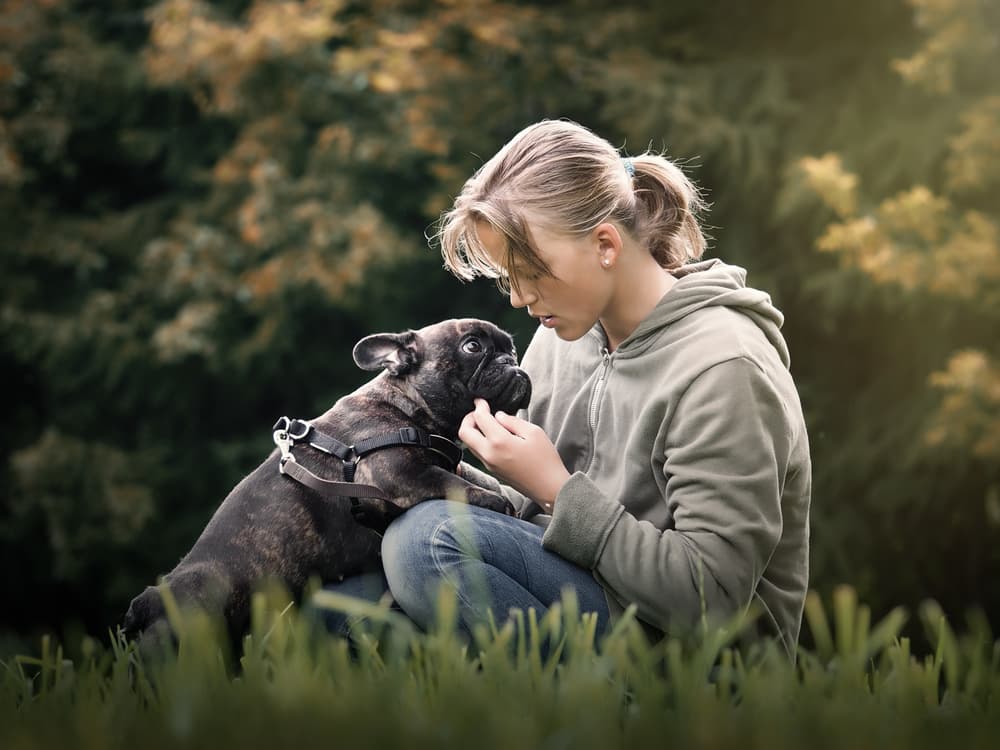 Most of the time, no specific cause can be determined, and stopping the reverse sneezing will typically happen on its own without treatment and with no adverse consequences.

However, there are a few steps pet parents can take at home to help deliver some relief for sneezing fits:

A word of caution: Do NOT allow yourself to be bitten. The episode will stop on its own. Not all dogs are amenable to being touched like this while they are scared or surprised by the weird sensation of a reverse sneeze.

If the veterinarian does identify an underlying cause of reverse sneezing, that will determine appropriate treatment. If allergens are the trigger, then antihistamines may be prescribed. If nasal mites are the cause, then the dog may receive treatment for that. If the dog has a foreign body or mass triggering an episode, then it would be removed. And, of course, if there is an underlying infection, that will be addressed as well.

Pet parents should never give their dogs medication without checking in with their veterinarian first to be sure it’s the appropriate medication and appropriate dose.

The underlying cause will determine the appropriate medication. Some common ones include:

How to Prevent It From Happening 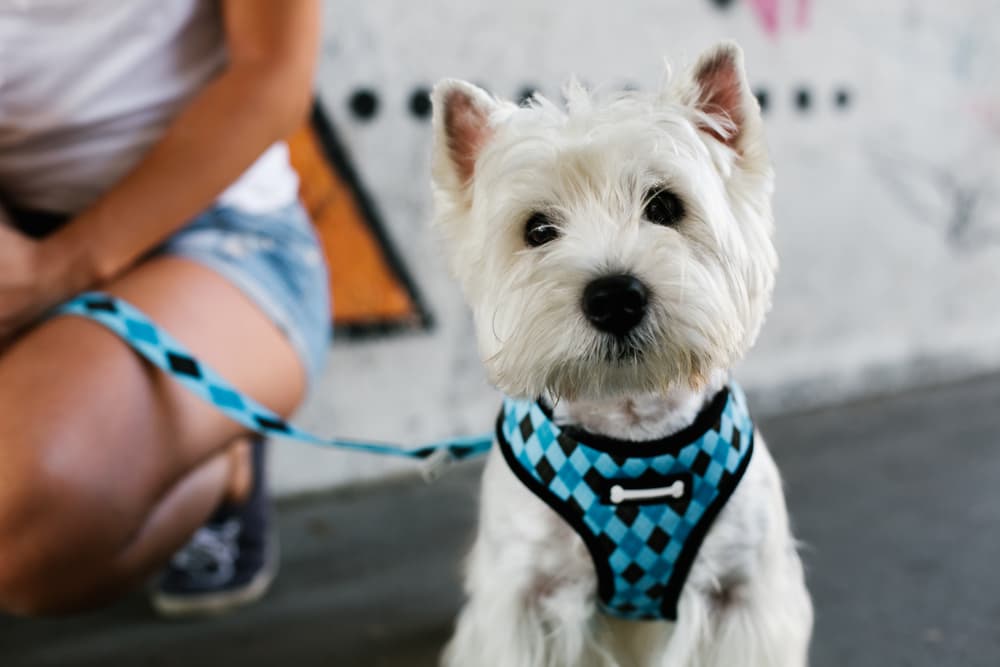 Since the cause of reverse sneezing is usually not known, it can be difficult to prevent. However, if you identify a particular dietary, environmental, or behavioral factor that always causes reverse sneezing, try to minimize its presence. For example: 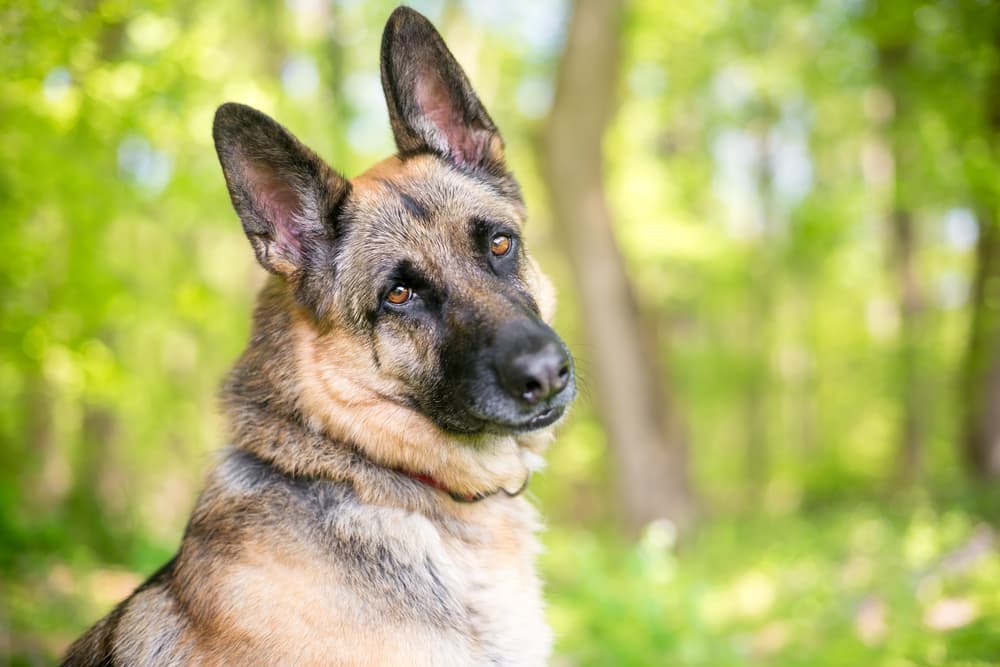 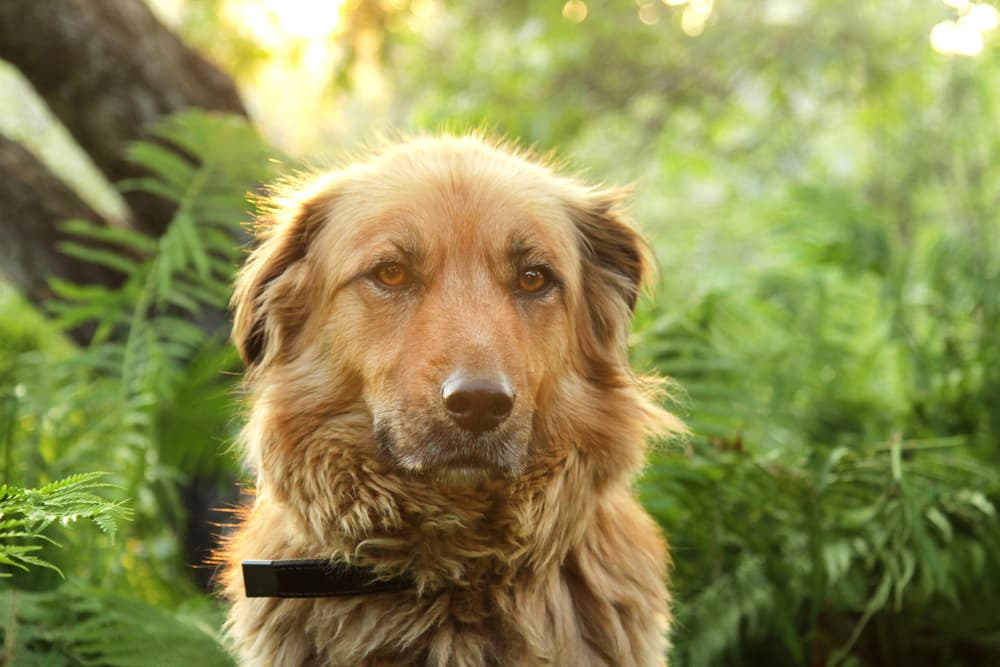 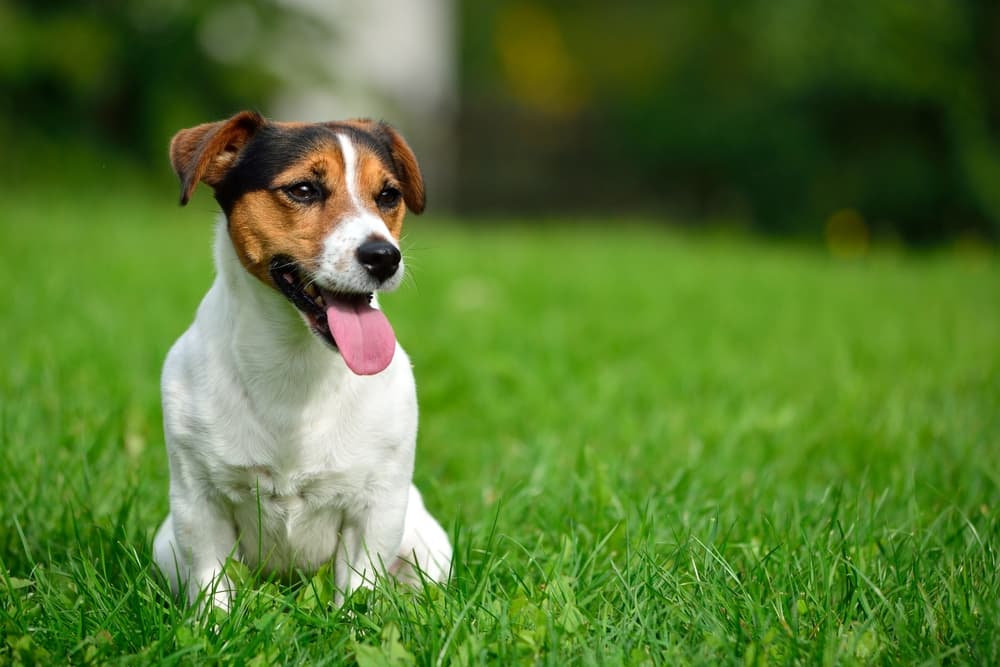 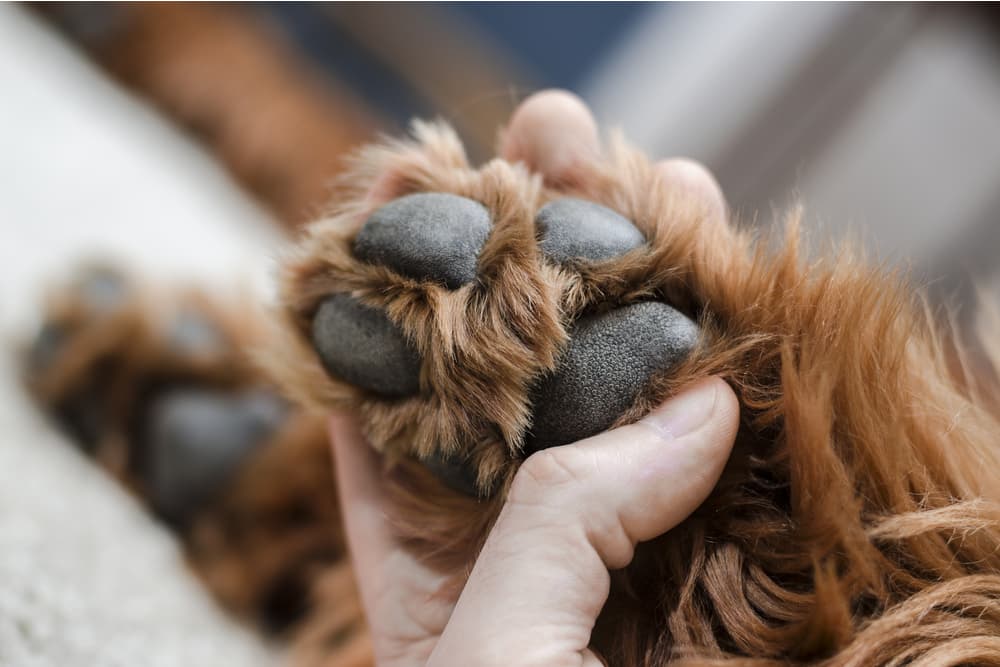 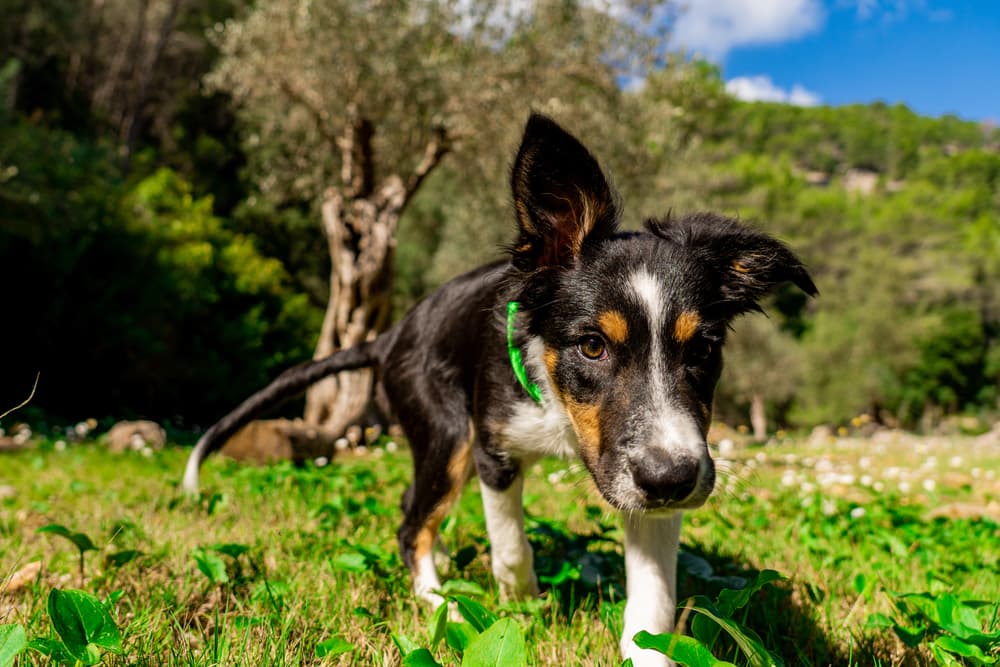 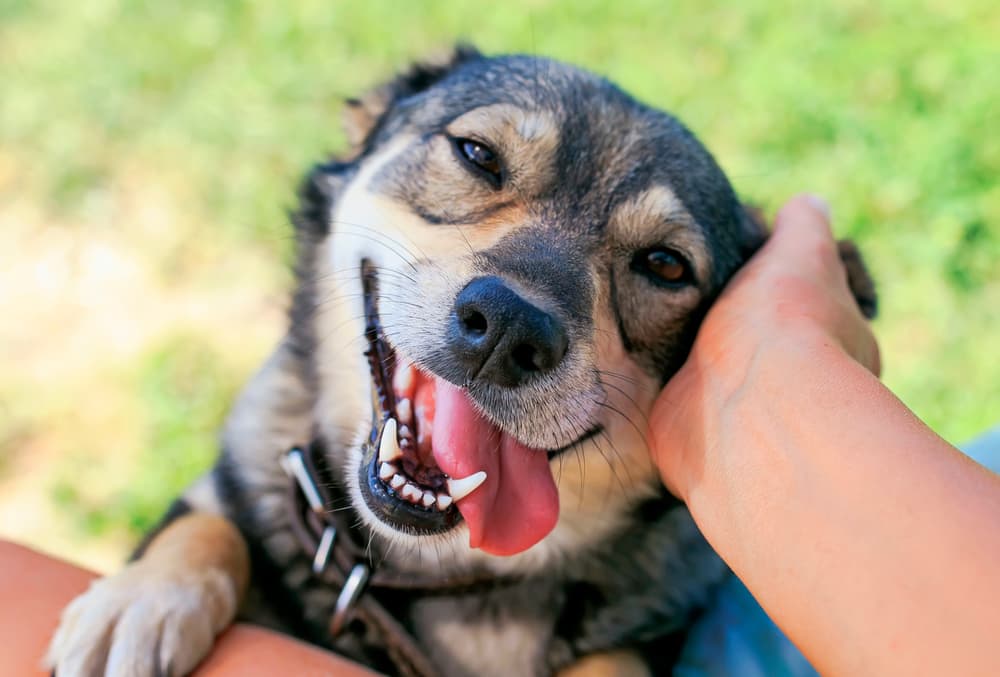 Dana Mortensen is a freelance writer and editor specializing in science, health and wellness, the outdoors and of course- animals. She lives in Philadelphia with her husband and their sweet, disaster-prone black lab mix, Zeke, whom she credits for some of her best stories. When she’s not writing, there's a good chance you’ll find her playing outside, learning something new, or absorbed in some music.