According to the Companion Animal Parasite Council, ticks are found throughout the United States and many tick species have dramatically expanded their range in recent years. Ticks on dogs aren’t just a nuisance—they can also transmit some dangerous diseases. To keep your dog protected, it’s important to understand the risks of tick bites and common tick-borne diseases they transmit.

Let’s take a look at six of the most common tick-borne illnesses in the United States and how they can impact your dog’s health.

How Do Ticks Transmit Disease?

Dogs are infected with tick-borne illnesses when they are bitten by an infected tick or, in some cases, when they ingest an infected tick. Ticks on dogs must remain attached long enough to transmit the disease – some diseases take as little as a few hours to transmit while others may require as much as 1-2 days of attachment for transmission to occur. After transmission, the incubation period (the time it takes for symptoms to appear) varies from days to months depending on the disease.

Tick-borne illnesses vary in their symptoms and severity, but all of them have the potential to cause serious illness or even death. Timely diagnosis and appropriate treatment are essential to ensure your dog has the best possible outcome.

Lyme disease is most common in the northeastern, upper midwestern, and west coast regions of the United States. It is caused by a bacteria which is transmitted by the following types of ticks:

The majority of dogs infected with Lyme disease remain asymptomatic. In 5-10 percent of infected dogs, symptoms develop within 2-5 months of infection. Symptoms of Lyme disease in dogs can include fever, lethargy, loss of appetite, joint pain, shifting leg lameness and swollen lymph nodes. In rare cases, a serious and sometimes fatal condition called Lyme nephritis can occur, in which Lyme disease causes a progressive kidney failure.

Lyme disease is treated with antibiotics. Doxycycline is the most commonly used antibiotic for treating Lyme disease, but other antibiotics such as amoxicillin, azithromycin, or cefovecin may also be used. Your veterinarian may also prescribe an anti-inflammatory medication to help alleviate the joint pain that can be caused by Lyme disease. For patients with Lyme nephritis, hospitalization and aggressive fluid therapy are necessary to address kidney failure.

There is a Lyme disease vaccine for dogs that is available at most veterinary clinics. Speak with your veterinarian about the Lyme vaccine if you live in an area where Lyme disease poses a significant threat.

Anaplasmosis is found in the northeastern and upper midwest regions of the United States, as well as along the west coast. Anaplasmosis is caused by bacterium which is transmitted by the same types of ticks that carry Lyme disease. Infections occur most commonly in late spring through fall.

Many dogs infected with Anaplasmosis are asymptomatic. Those that do develop symptoms often display signs such as lethargy, loss of appetite, fever, dehydration, swollen lymph nodes, weight loss, pale mucus membranes and lameness.

Anaplasmosis is treated with oral antibiotics such as doxycycline, minocycline, tetracycline or chloramphenicol. Your veterinarian may also prescribe an anti-inflammatory medication to help alleviate joint pain that can occur as a result of anaplasmosis infection. When treated appropriately, the prognosis for dogs infected with anaplasma is very good.

Ehrlichiosis is treated with antibiotics such as doxycycline, minocycline, tetracycline, or chloramphenicol. Your veterinarian will prescribe an appropriate antibiotic and dosing regimen for your dog.

Rocky Mountain Spotted Fever occurs primarily in the southeastern, midwestern, western, and mid-Atlantic regions of the United States. Infections most commonly occur from March to October. The disease is caused by a bacterium transmitted through the bite of several types of ticks including the American dog tick, Rocky Mountain wood tick, lone star tick and brown dog tick.

Infections can range in severity from mild to fatal. Less severe cases may have few or no symptoms of infections. Other cases cause symptoms such as depression, loss of appetite, muscle pain, vomiting, weakness, weight loss, bruising and nosebleeds. Severe cases may progress to multi-organ failure and may develop additional symptoms depending on the organ systems affected.

Rocky Mountain Spotted Fever is treated with antibiotics such as doxycycline, tetracycline, enrofloxacin, or chloramphenicol. Your veterinarian will choose an appropriate antibiotic and dosage regimen for your pet.

Severe cases of Rocky Mountain Spotted Fever may need additional supportive therapy such as intravenous fluids, steroids, or blood products. Most dogs respond rapidly to antibiotics and prognosis is excellent for those diagnosed and treated early in the course of disease.

Babesiosis occurs throughout the world, but in the United States infections are more common in the southern states. This disease is most commonly transmitted by the brown dog tick species, but can also be transmitted by several other types of tick including the deer tick, American dog tick, and the Asian longhorned tick.

Treatment of Babesiosis depends on the species of Babesia causing the infection. Large Babesia species are treated with injections administered by your veterinarian. Small Babesia species are more difficult to treat and may be addressed with a combination of oral medications.

Your veterinarian will determine the best course of treatment for your dog based on the type and severity of the infection. In severe cases, supportive care such as fluid therapy or blood transfusions may also be warranted.

Canine hepatozoonosis is found worldwide. In the United States, it is most common in southern states. It most frequently affects young dogs under 2 years of age and is spread by the brown dog tick. Unlike the other tick-borne diseases, hepatozoonosis is transmitted by ingesting an infected tick, not by being bitten by one.

Many infected dogs are asymptomatic or have minimal symptoms. Dogs that do exhibit symptoms may experience lethargy, loss of appetite, weight loss, fever, dehydration, pallor and enlarged lymph nodes. The disease can be debilitating or even fatal.

The goal of treating hepatozoonosis is to eliminate the parasite from the bloodstream and alleviate clinical signs. While treatment is often successful at reducing symptoms and improving quality of life, it is very difficult to completely clear the parasite and a cure for this disease is unlikely. Treatment for hepatozoonosis typically involves injections administered by your veterinarian at one to two-week intervals. Alternatively, your veterinarian may prescribe a combination of oral medications such as Procox, clindamycin, or doxycycline.

How to Prevent Tick-Borne Illnesses in Dogs

Tick-borne illnesses can be easily prevented by keeping your dog up to date on flea and tick preventive medications year round. There are several excellent products on the market in both chewable and topical formulations, so you’re sure to find a product that fits both your pet’s needs and your own lifestyle and budget. Your veterinarian can help you choose a product that is safe, effective and best suited to your needs.

In addition to preventive medications, be sure to thoroughly examine your dog for ticks after spending time in wooded areas, tall grassy meadows, or other areas where ticks are commonly found. Ticks on dogs must be attached for hours to days in order to transmit disease, so removing a tick as soon as possible can help prevent tick-borne illnesses in your dog.

Ticks on a Dog’s Ears: What You Should Know

Ticks are gross, dangerous and they can easily crawl from pets to humans and infect the whole family with diseases. Tick checks are relatively easy to... 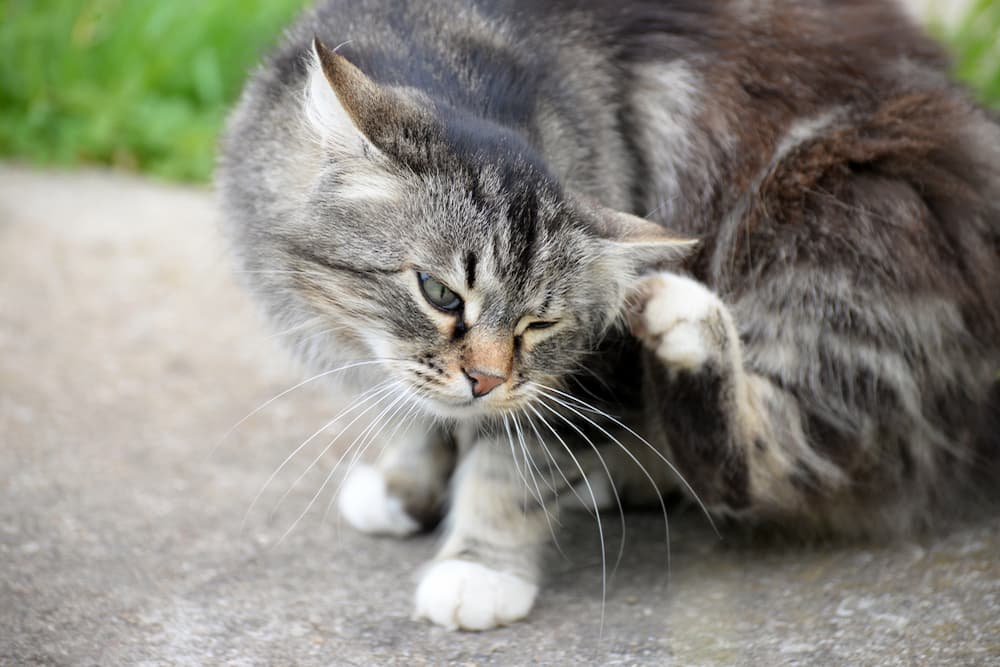 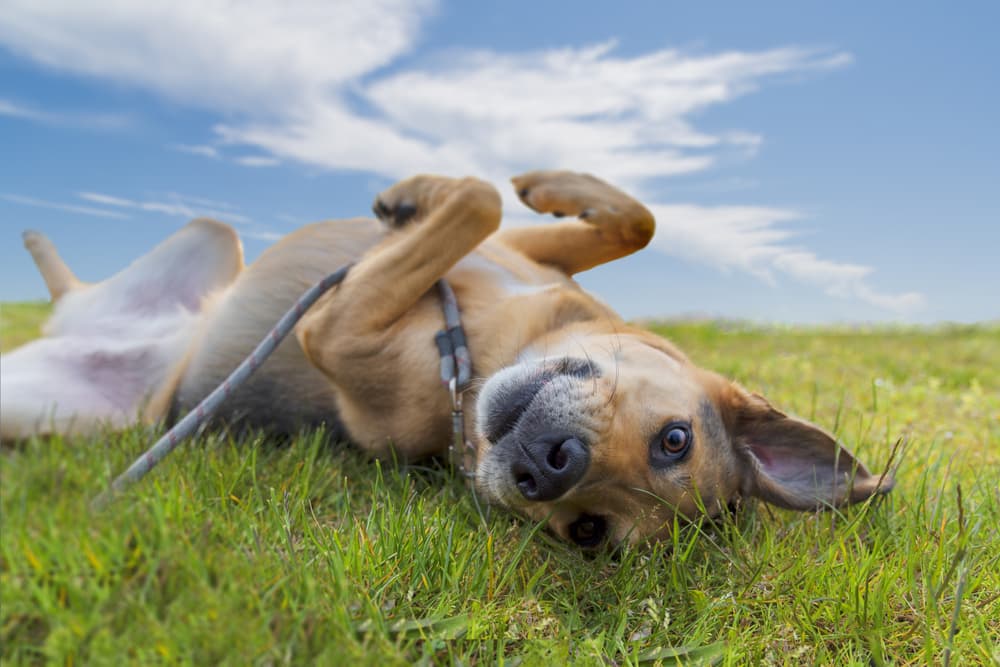 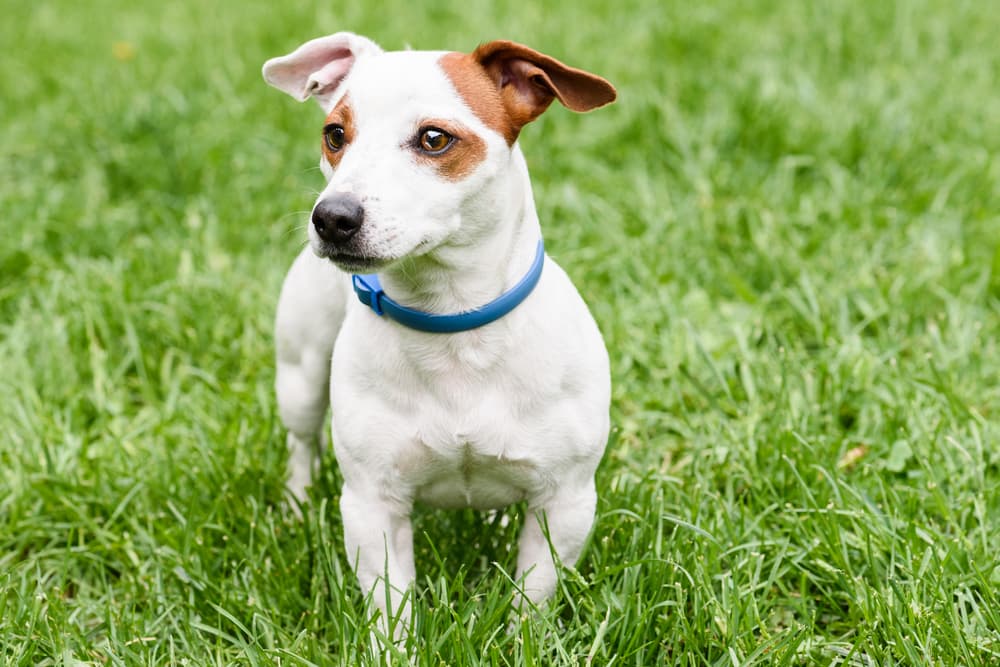 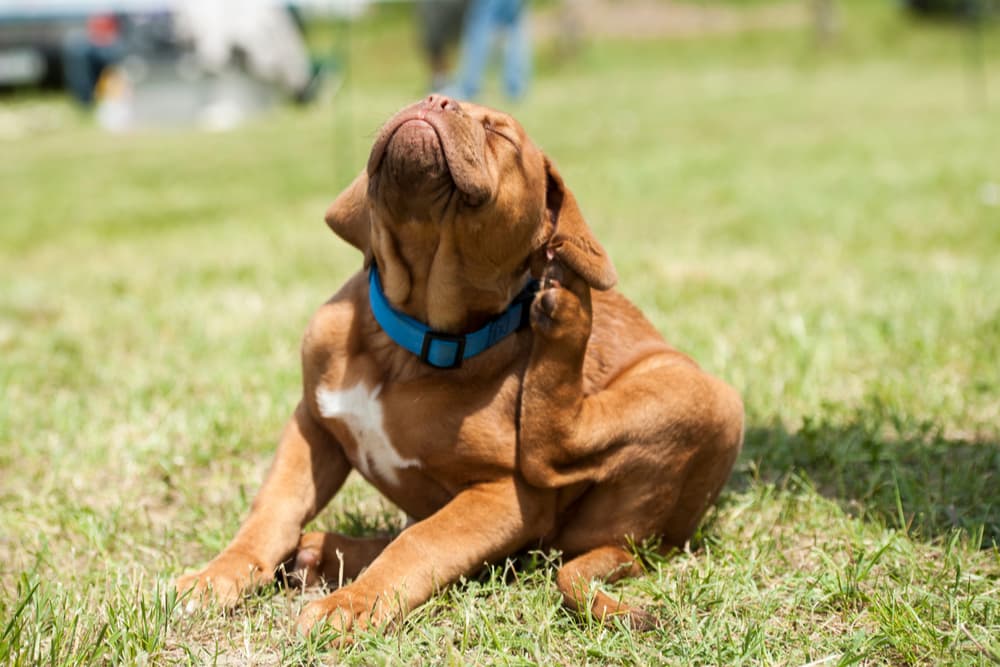 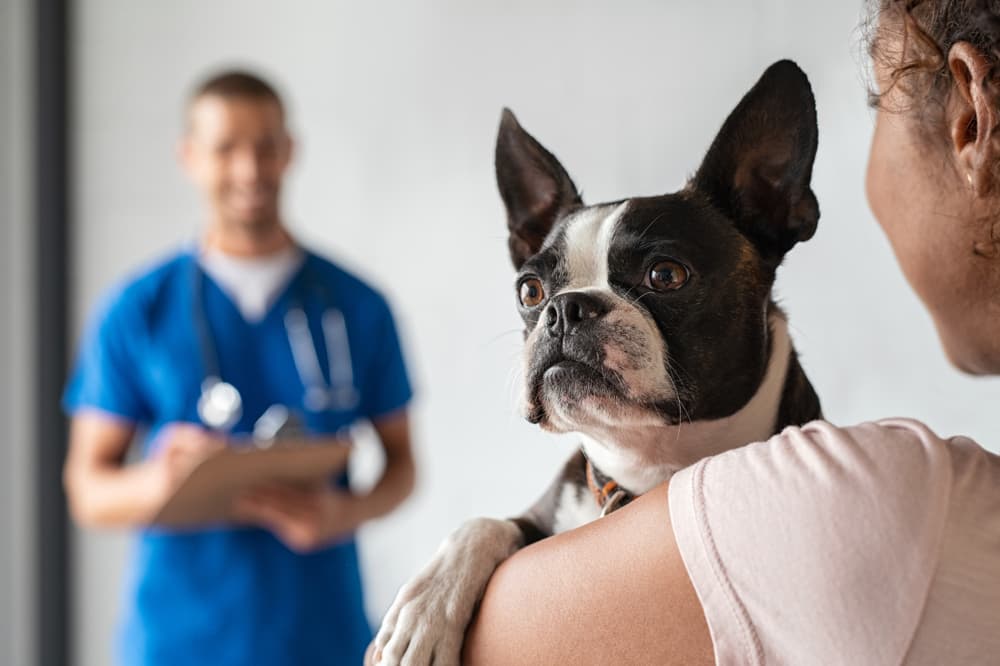 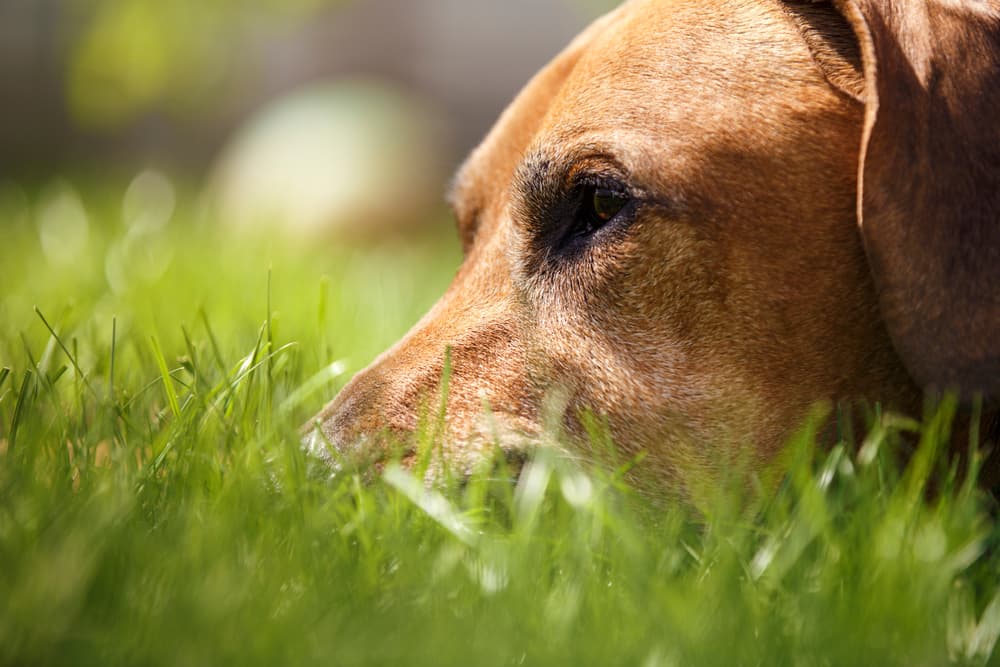