Anemia in dogs, or lack of red blood cells, is rare. In one retrospective study by a veterinary hospital, only 2.9 percent of dogs presented for this condition (1). But if dogs are diagnosed with anemia, it can be life threatening and very costly to treat.

Anemia is caused by many different factors, ranging from trauma to cancer to immune-mediated diseases.

Knowing what to look for to catch early signs that your dog is anemic can be a helpful tool in at-home monitoring. This can help prevent the need for blood transfusion, multiple days in the hospital, and, ultimately, create a better outcome for your dog.

What is Dog Anemia?

Anemia in dogs is when the red blood cells circulating in the body are decreased. This lack of red blood cells affects body function, organ systems, and everyday health and is not specific to breed, age, gender, or size.

When veterinarians see low red blood cells on lab work, there are three reasons that come to mind that could be causing anemia:

Blood loss can happen due to trauma (e.g., being hit by a car), bleeding tumors, or even an overload of fleas, called flea anemia.

Lack of production of red blood cells can be due to cancer, kidney disease, toxins, or viruses.

Categories of Anemia in Dogs

Non-regenerative anemia means that the bone marrow is not responding adequately to the need for more red blood cells. This can be caused by cancers, toxins, or lack of hormone response that signals the marrow to make red blood cells.

What Causes Anemia in Dogs? 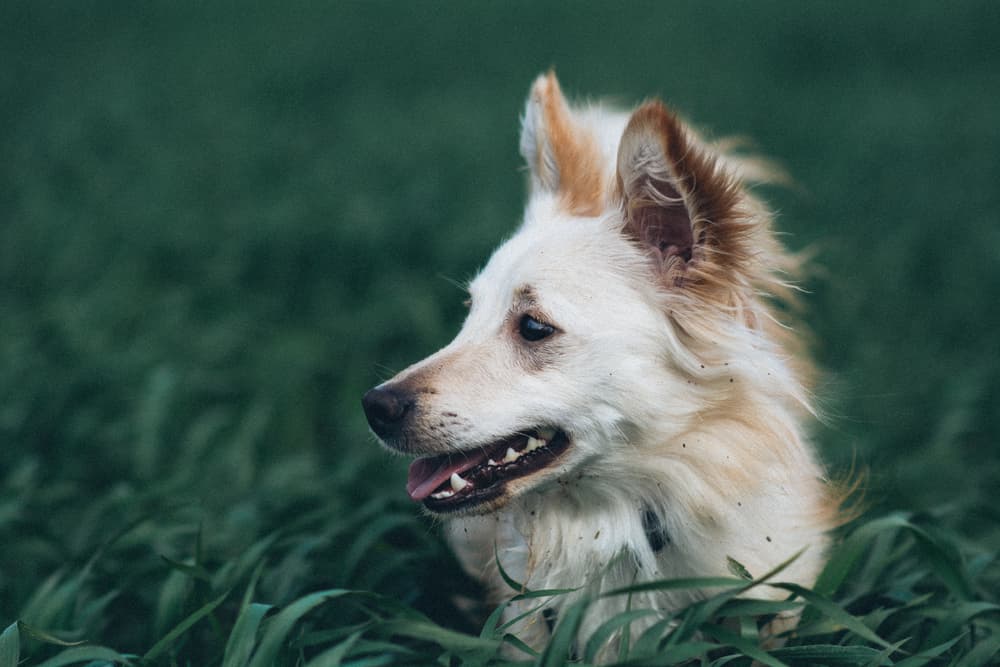 As previously mentioned, there can be many causes of anemia in dogs, ranging from blood loss and destruction of red blood cells to toxins or chronic disease.

Blood loss may happen as the result of a sudden event, such as being hit by car, a dog fight, surgery, a ruptured tumor, or other trauma. A loss of about 25 percent of a dog’s blood volume can result in shock. Dogs in this state need to be treated by a veterinarian right away, as a blood transfusion could be warranted.

Blood loss could be due to intestinal parasites like hookworms, external parasites like fleas, or chronic bleeding ulcers or tumors. In newborn puppies, a hookworm infection can cause severe anemia as early as one week following birth.

The most common hemolytic dog anemia we see is Immune Mediated Hemolytic Anemia (IMHA). IMHA is when the body doesn’t recognize its own red blood cells and develops antibodies against them. IMHA can result from infections, medications, vaccines, tumors, or sometimes it develops on its own.

Toxins are another cause of regenerative anemias in dogs. If your dog has ingested acetaminophen, onions, heavy metals such as zinc, naproxen, penicillin, or other recent administration of medications or anti-parasitic drugs, be sure to tell your veterinarian. This information can help decipher the cause of your dog’s anemia.

Chronic diseases in dogs can cause a decrease in the amount of iron available for red blood cell formation. Examples of chronic diseases that interfere with iron availability are tumors, infections, adrenal gland issues, low thyroid, or liver disease.

Cancer or suppression of the bone marrow can cause a lack of production of all blood cells, such as white blood cells, platelets (used for clotting), and red blood cells.

Other Causes of Anemia in Dogs

Some other potential causes of anemia in dogs include:

Symptoms of Anemia in Dogs 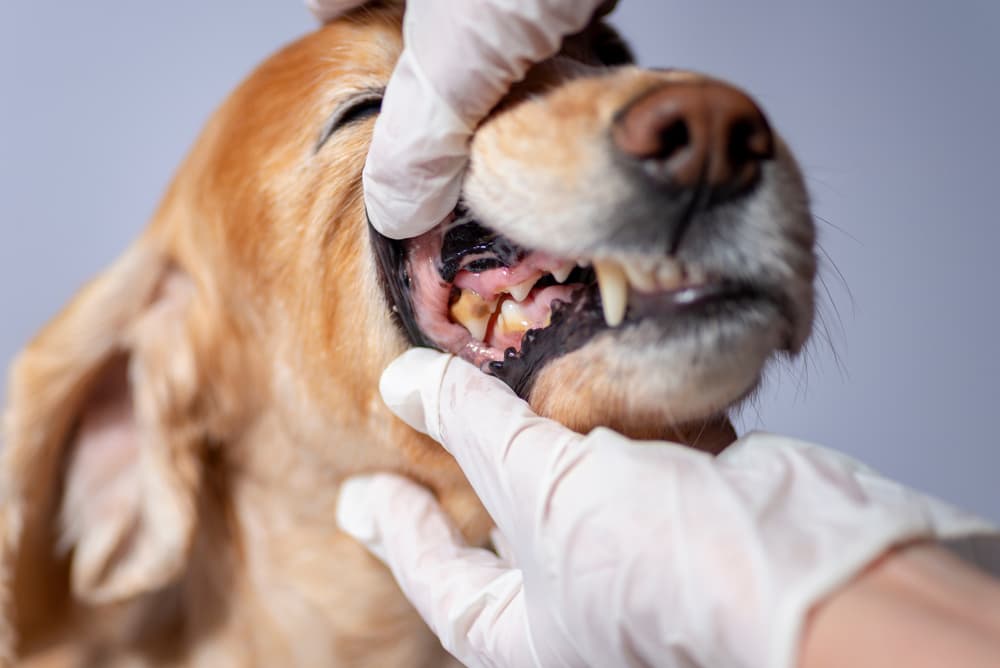 Your dog may show a variety of signs depending on if the anemia is chronic or acute (comes on quickly). Pets that have chronic anemia may have milder signs compared to acute cases, as their body may have compensated for the lack of red blood cells over time.

Signs that could indicate your dog is anemic include: 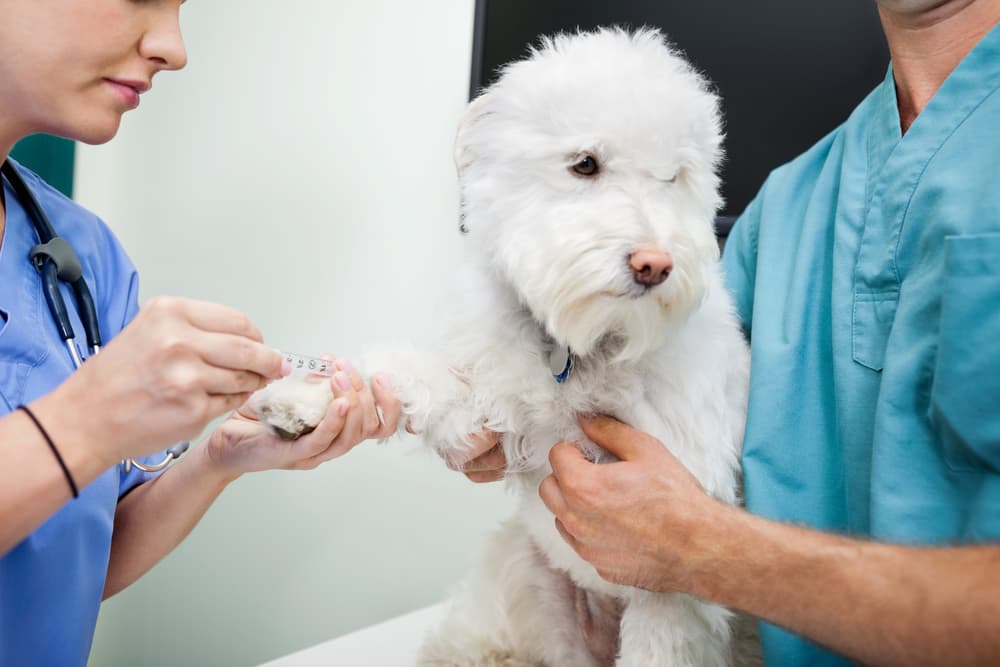 Diagnosing your dog’s anemia is done at the veterinary clinic or hospital starting with a physical exam of your dog and a complete blood count (CBC). Low levels of red blood cells on blood work is the first indication that something is wrong.

Your dog’s doctor will also look at young red blood cells called reticulocytes. These can be measured on blood tests to see if the body is trying to produce more red blood cells to compensate for the anemia. If these levels are increased, then the bone marrow is churning out, or regenerating, new red blood cells. By looking at this value on the CBC, we can tell if it is a regenerative or non-regenerative anemia.

Other diagnostic steps will be aimed at figuring out the root cause. This could include but is not limited to blood chemistry, imaging (X-rays, ultrasound, MRI/CT), endoscopy, viral testing, bone marrow aspirates, and further lab tests.

How to Treat Anemia in Dogs

Treatment will depend on the severity and underlying cause of the anemia. If it is extremely severe, then many dogs will need a blood transfusion. Blood transfusions are given over a few hours, and dogs need to be monitored throughout the process and afterward to make sure there is no adverse reaction, and that they maintain their red blood cell count following the procedure.

If the cause is a ruptured tumor, then stabilizing the dog and surgically removing the tumor, if possible, is the next step.

IMHA or other immune-related hemolytic anemias can be treated by suppressing a dog’s immune system with medications and steroids. Dogs may need to stay a few nights in the hospital to initially stabilize, and then veterinarians will likely recommend follow-up appointments to test blood counts for the next couple of months.

For flea anemia, treating the dog for fleas and eliminating fleas in the environment is key. Flea anemia is most common in puppies, senior dogs, or immunocompromised dogs.

Cost to Treat Anemia in Dogs

The cost to treat anemia in dogs will depend on the severity of the condition and the cause. Pet parents will need to pay for physical exams, diagnostic testing, and blood work.

Additionally, blood transfusions and surgeries can cost anywhere from a few hundred dollars to a few thousand. Overnight hospital stays may also be costly.

How to Prevent Dogs From Becoming Anemic

Annual exams with your veterinarian and running blood work can help prevent and catch disease or causes of anemia early on.

Year-round flea and tick control can ward off external parasites from causing blood loss or destruction of red blood cells through tick-borne diseases.

Taking note of your dog’s energy level, gum color (they should be nice and pink!), and general disposition will help you pick up on any changes at home.

Dr. Tori has a strong interest in preventative medicine using nutrition, lifestyle, and supplements. She is trained in acupuncture and combines that with laser therapy and massage for pain management. Dr. Tori wants to empower her clients and pet lovers by providing practical and tangible pet tips for everyday life. She splits her time between San Diego and Los Angeles, with her husband and two dogs, Huey and Ollie.