Leptospirosis is a disease caused by the Leptospira genus of bacteria. This bacteria is present worldwide and is capable of infecting a range of mammals, including humans, dogs and, rarely, cats. The disease is zoonotic, meaning it can spread from infected animals to humans. Dogs are typically infected by coming into contact with water or soil contaminated with wildlife urine.

The bacteria is more common in warmer and wetter climates and cases of canine leptospirosis have been on the rise in recent years. In the United States, the Midwest, East, and Southwest regions report the most leptospirosis infections in dogs but positive cases are reported in every state (1).

USDA-approved leptospirosis vaccines are effective in the prevention of this disease in dogs.

What is the Leptospirosis Vaccine?

In the 1960s the first leptospirosis vaccines began to be administered to dogs in the United States and Europe (2). Since then, vaccination in dogs has become routine at many veterinary clinics across the U.S., however, not all clinics routinely perform or offer this vaccine. This is likely due to the vaccine’s non-core status as deemed by the World Small Animal Veterinary Association and the American Animal Hospital Association.

Given leptospirosis’ widespread prevalence and potential to cause death in dogs, many veterinarians disagree with the vaccine’s status as non-core and it may be considered a core vaccine depending on the area in which you live. For example, the UC Davis School of Veterinary Medicine’s hospital considers the lepto vaccine a core vaccine for dogs residing in the state of California (3).

The lepto vaccine is available from most general practice veterinary clinics throughout the United States. The vaccine is not required by law anywhere in the U.S.

How Does the Lepto Vaccine for Dogs Work?

There are more than 250 strains of the leptospirosis-inducing bacteria. The bacteria are classified into different subspecies, called serovars, based on different proteins present on the surface of their cells. In the United States the bacteria from the four serovars—Cannicola, Icterohaemorrhagiae, Grippotyphosa, and Pomona account for most, but not all, leptospirosis infections in dogs. For this reason, commercially available vaccines will not prevent against all possible causes of canine leptospirosis.

The first vaccines available only provided protection for two of the common serovars. The newer 4-way leptospirosis vaccines protect against infections from Leptospira bacteria in all four serovars. It is now generally accepted that only the 4-way leptospirosis vaccine be given to dogs since it will provide the most protection against the disease (4).

The 4-way lepto vaccine contains inactivated pieces of the bacteria from the four different important serovars. Since the vaccine contains killed Leptospira bacteria, it will not cause leptospirosis in dogs who are given the vaccine. Once injected into a dog, it will prompt your dog’s immune system to produce antibodies which helps fight the Leptospira bacteria if your dog encounters it.

In order to produce a sufficient immune response, the first leptospirosis vaccine must be followed by a booster vaccine 2 to 4 weeks later. 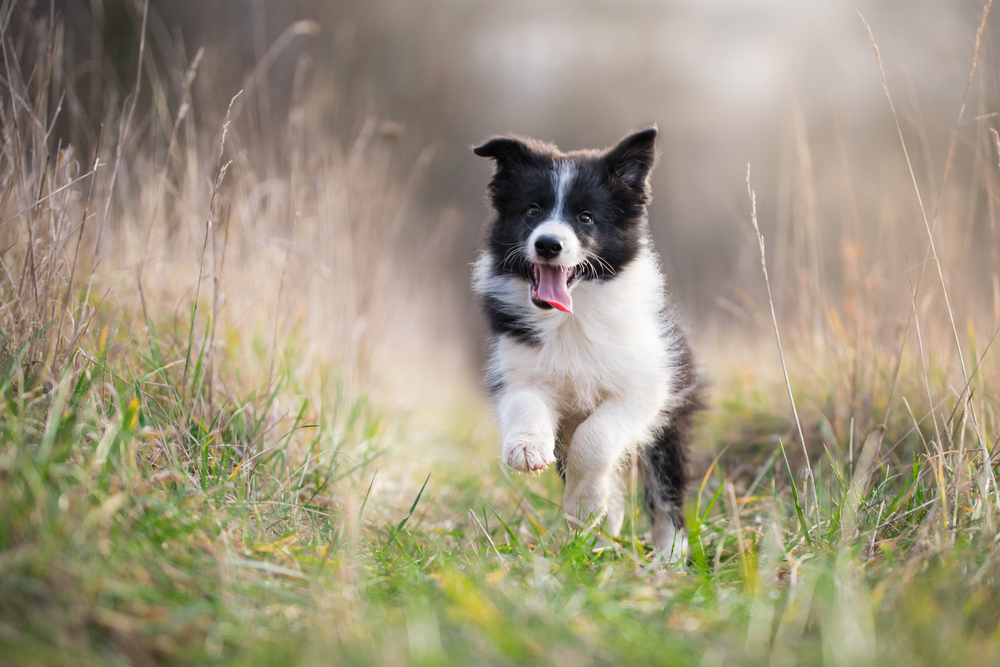 Puppies who are at risk of contracting leptospirosis can receive their first lepto shot as early as 8-9 weeks of age, but many experts recommend waiting until 12 weeks of age. Then, puppies should receive a booster vaccine 2 to 4 weeks later and then annually thereafter.

Adult dogs at risk of contracting leptospirosis should receive the vaccine annually. If an adult dog did not receive the shot as a puppy or she is significantly overdue for the vaccine, she will need a booster vaccine 2 to 4 weeks after the initial vaccine and then annually thereafter.

Side Effects of the Leptospirosis Vaccine

Earlier versions of the leptospirosis vaccine were reported to have higher risks for side effects than other common vaccines for dogs. However, newer production methods have significantly reduced the risk for adverse effects with two studies reporting between a 0.4 and 0.6 percent risk of reactions to the vaccine (5).

All injectable vaccines, including the lepto vaccine, will commonly produce mild side effects which typically resolve in one to two days including:

If these symptoms persist beyond a few days or are causing your dog significant discomfort, you should contact your veterinarian.

Prior to vaccinating your pet, it is important to notify your veterinarian if she has had a reaction to previous vaccines. For dogs with a history of mild vaccine reactions, a veterinarian may recommend administering medications prior to giving the lepto vaccine. For those with a history of serious reactions to prior vaccines, the leptospirosis vaccine should no longer be given.

According to the American Animal Hospital Association, separating the leptospirosis vaccine from the administration of other injectable vaccines, particularly in dogs weighing less than 22 lbs, may reduce the risk of an allergic reaction (6).

Manufacturers of the Leptospirosis Vaccine for Dogs

The following leptospirosis vaccines are licensed for use in dogs in the United States:

Each of the above manufacturers also offers the lepto vaccine combined together with the DAPP core vaccine.

No one leptospirosis vaccine is currently regarded as safer or more effective than another.

All featured products were chosen at the discretion of the Great Pet Care editorial team and not directly recommended or endorsed by the author of this article. Great Pet Care may make a small affiliate commission if you click through and make a purchase.

Cost of the Lepto Vaccine for Dogs

The cost of a lepto vaccine for your dog can vary greatly depending on your location and whether you visit a low-cost vaccine clinic or a full service veterinary practice. The cost typically ranges from $15 to $35 for the lepto vaccine alone and may be up to $50-$60 for the combination DAPP with lepto vaccine.

If you have pet health insurance such as MetLife Pet Insurance, your plan may help cover some of the costs of vaccinations. Some plans offer preventative care or wellnes package add-ons that may cover expenses associated with keeping your pet healthy, such as certain vaccines, among many other healthcare perks.

Does Your Dog Need the Leptospirosis Vaccine?

Leptospirosis has been found in dogs living in rural, suburban, and urban settings across every state in the U.S. In urban environments, contact either directly or indirectly to rat or mice urine poses the biggest threat. In suburban environments, wildlife are a common source of infection. In rural areas, livestock and wildlife may transmit leptospirosis to dogs.

While hunting dogs, dogs that swim in lakes or ponds, and dogs living near farm animals are still thought to be at the highest risk of infection, a recent study found that dogs weighing less than 15 lbs had the highest likelihood of testing positive for lepto (7).

Here are some reasons to vaccinate your dog against leptospirosis: