The liver influences most of the body’s chemical processes, from aiding with digestion to removing toxins from the blood. Given its prominent and varied roles in keeping an animal healthy, liver disease is relatively common in dogs.

Both genetic and environmental factors can negatively impact the liver and cause disease. Depending on the severity and underlying cause, veterinarians say that many dogs with liver disease can live a long, healthy life. Early detection of liver disease in dogs improves the prognosis, underscoring the importance of keeping regular veterinary appointments.

Here’s everything you need to know about liver disease in dogs.

What is Liver Disease?

As the largest organ in the abdomen, the liver is tasked with performing a host of vital biochemical functions. “It manufactures important proteins that are needed for clotting, removes toxins from blood, metabolizes drugs and sources of energy, produces bile acids which are needed for digestion, and it stores vitamins, minerals, and glycogen,” says Dr. Hyunmin Kim, veterinary staff manager for community medicine at ASPCA.

Because the liver is a major player in a variety of processes, disease can manifest in a number of ways. Some of the most common liver disorders in dogs include:

Chronic hepatitis, or liver inflammation. This is not the same as canine infectious canine hepatitis, which is caused by canine adenovirus 1 (CAV-1) and is preventable with a vaccine.

Congenital portosystemic shunt (AKA liver shunt) is a birth defect seen in younger dogs. It occurs when blood flow bypasses the liver (where toxins are removed), resulting in a buildup of toxins. Older dogs usually have the acquired form of liver shunt, which results from hypertension or cirrhosis.

Acute liver damage is brought on by certain toxins, or by infections originating from different forms of bacteria, viruses, parasites, or fungi.

Liver disease can result in a number of unpleasant symptoms, but is generally not painful, says Schmidt. “However, some liver cancers can become painful. Also, in severe end-stage liver failure, fluid may accumulate in the abdomen, causing distention and discomfort.”

What Causes Liver Disease in Dogs? 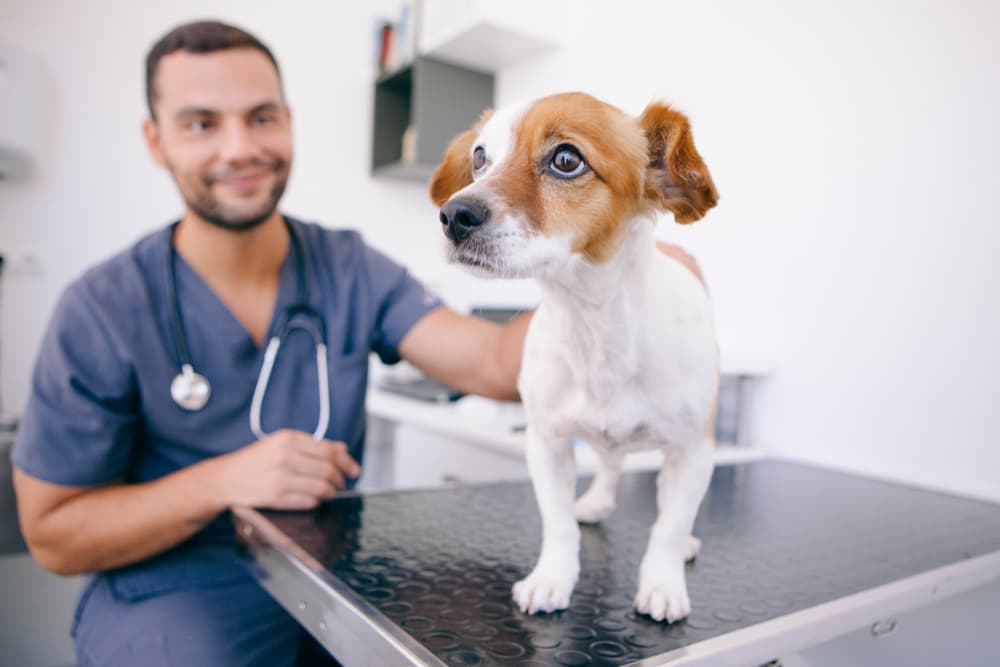 For many types of liver disease in dogs, veterinarians are unable to determine a cause. Several variables are known to play a role, however.

Sometimes genetics is a factor, as is the case with liver shunts. Chronic hepatitis can also be influenced by genes. Some breeds are genetically predisposed to the buildup of copper in the liver, which can lead to chronic hepatitis, says Dr. Jonathan Lidbury, assistant professor of small animal internal medicine at Veterinary Medicine and Biomedical Sciences at Texas A&M University in College Station.

Genetic predisposition isn’t the only consideration, however. Chronic hepatitis can also be caused by certain toxins, infections, and possibly the immune system mistakenly attacking the liver, says Lidbury, who is board certified in veterinary internal medicine. “However, for many dogs, the exact cause of chronic hepatitis is not determined despite them having a full diagnostic investigation.”

Lidbury says the causes of liver cancer in dogs are unknown, but that Scottish Terriers seem to be at increased risk, especially if they initially have vacuolar hepatopathy, a condition in which fluid-filled cavities (vacuoles) appear in the liver.

Drugs, including non-steroidal anti-inflammatory drugs, certain antibiotics, and the anti-seizure drug phenobarbital can sometimes injure the liver, says Lidbury. “Herbal remedies are another important cause of liver injury in dogs.”

Veterinarians also cite the ingestion of toxins, such as xylitol, sago palm, blue-green algae, and ibuprofen, as potential causes of liver disease in dogs.

Other causes include viral, bacterial, and fungal infections such as infectious canine hepatitis, leptospirosis, coccidiodomycosis, and histoplasmosis, says Kim. Additionally, “endocrine diseases such as diabetes mellitus, hyperadrenocorticism, and hyperthyroidism can also cause liver disease,” she adds.

Symptoms of Liver Disease in Dogs

Signs of liver disease in dogs vary depending on the underlying cause. They can also be easy to miss.

“The earliest clinical signs are often non-specific and could occur with lots of other types of disease.  These signs can be subtle and easy to miss at first,” says Lidbury. Symptoms may include:

“Severe (or chronic) disease of the liver can lead to liver failure, which can have a wide range of consequences and even lead to death,” says Lidbury. Symptoms may include:

A veterinary exam often provides the first clues that your dog’s liver may be damaged, says Schmidt, who is board certified in canine and feline practice. “Additional diagnostics are required to confirm this suspicion and to determine the specific disease condition.”

To diagnose most types of liver disease, however, microscopic analysis of liver tissue is required, says Lidbury. “Sometimes a fine needle aspiration is performed to do this, and other times liver biopsy is required.”

Treatment for Liver Disease in Dogs 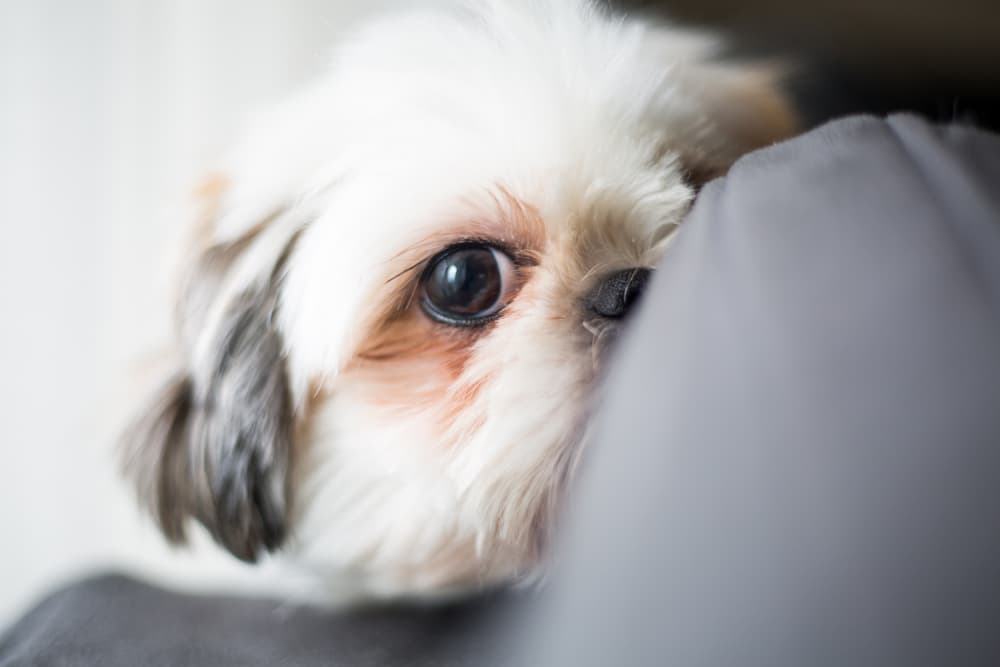 The type of treatment prescribed depends on the underlying disease, says Schmidt. “There is no single medication or supplement that is recommended for all types of liver disease.”

Supportive care is an important part of treatment, especially if it’s not feasible to treat the underlying cause or reverse the disease, says Lidbury. “Supportive care typically involves giving drugs or nutritional supplements (antioxidants) that protect the liver from oxidative injury, and treating the complications of liver disease as they arise.” It can also include intravenous fluid therapy to help maintain hydration, he adds.

Dietary therapy—such as protein restriction—can be beneficial in some but not all cases of liver disease, says Schmidt. “Most dogs, except those with severe liver diseases, can enjoy a normal diet and lifestyle.”

Examples of prescribed medications for liver disease include antibiotics to reduce the amount of ammonia in the dog’s body, diuretics to reduce fluid accumulation within the abdomen, or drugs to reduce nausea, says Lidbury.

Home remedies for liver disease in dogs (or for any other reason) should be approved by your veterinarian.

Treatment costs for liver disease vary, Schmidt says. “Some liver diseases can be diagnosed and treated for only a few hundred dollars. Liver disease that requires extended hospitalization and/or surgery can cost thousands of dollars for diagnostics and treatments.”

For instance, surgery may be needed to remove cancerous cells, says Schmidt. Additionally, “A dog born with a portosystemic shunt can be vastly improved by surgery to repair this defect.”

Prognosis varies and depends on the underlying cause of the liver disease and the stage of diagnosis, says Schmidt. “Many patients with liver disease can live a long, full life. As with most health problems, early diagnosis often improves the prognosis. This is why your veterinarian recommends regular exams and lab work, even in apparently healthy pets.”

Prevention of Liver Disease in Dogs 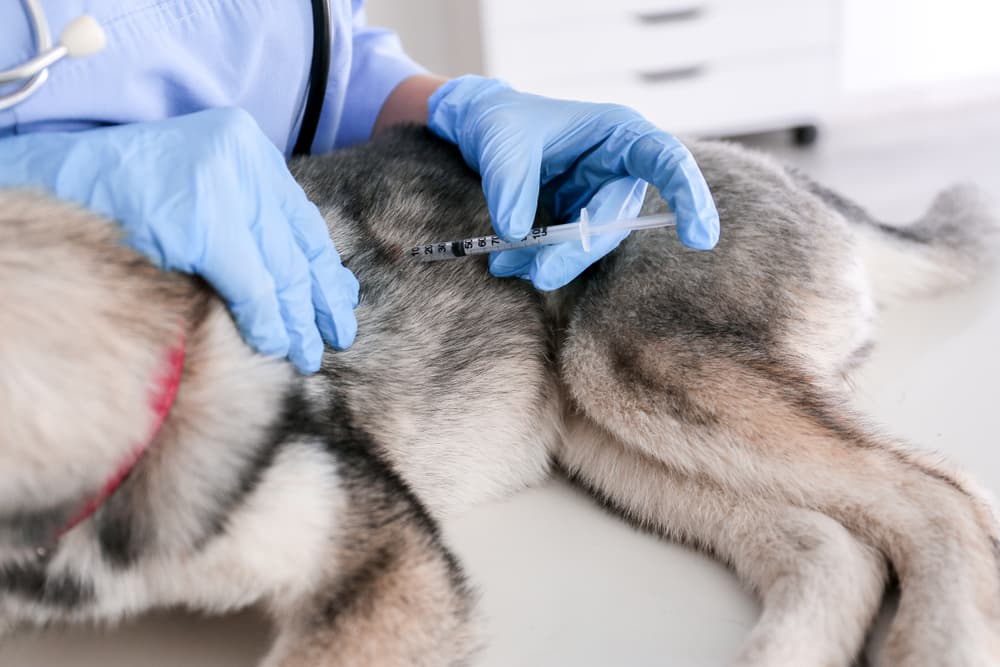 Genetic factors aside, veterinarians say there are some steps you can take to help prevent liver disease in your dog:

Liver disease can occur secondary to many other conditions, says Schmidt. These include:

“Fortunately, secondary liver disease is often reversible if the primary condition can be addressed,” Schmidt adds.