Having a sick cat can be very stressful to pet parents. When your poor kitty is stuffed up, sneezing, and has red eyes you will understandably want to provide some much-needed relief.

Even more exasperating is that these symptoms in cats can linger for months and come back when kitty is stressed. For many years, L-lysine has been offered as a long-term solution to preventing these symptoms—often due to feline herpesvirus—and supporting the immune system.

But is it really the effective remedy we’ve been looking for? Even if it is not known to be really effective, will it harm your kitty if you try it?

L-lysine is an amino acid nutritional supplement. Amino acids are an essential part of life as the building blocks for all the proteins in the body. Different animals require different types and amounts of amino acids.

Nutritional supplements are meant to increase intake of particular amino acids, vitamins, minerals, or other substances that support health that are not readily available in the diet. The Food and Drug Administration (FDA) does not regulate nutritional supplements. This means the products are not evaluated for safety or efficacy (i.e. how effective they are).

Because of this, asking your veterinarian for suggestions as to which products to buy is very important. Veterinarians will know the highest quality brands to purchase and be able to determine if certain nutritional supplements are not recommended for your cat.

L-lysine can be purchased online, in pet stores, and at veterinary clinics throughout the United States. It does not require a prescription or specialist. Many companies make the supplement for both humans and cats, and it is available through compounding pharmacies as well.

The veterinary forms of L-lysine for cats come in many forms including:

Chews are a popular option and are typically small, brown, and more firm than soft treats.

Powder is white to off-white and typically comes with a small scoop for ease of dosing.

Gel or paste is offered, typically brown in color, that cats can lick or eat as a treat.

Powder, gel or pastes can be easily mixed into a small amount of food that your kitty likes to eat.

Some companies put L-lysine into a liquid, although this is usually accompanied by additional supplements as well.

Tablets are available from human pharmaceuticals and are typically large oval-shaped tablets of white to off-white color.

How Does L-lysine for Cats Work?

Arginine, an amino acid found naturally in the body, is essential to some viruses when replicating (i.e. creating more virus) including herpesviruses. L-lysine is supposed to stimulate an enzyme in the liver that breaks down arginine.

The theory is that when high levels of L-lysine are consumed, the body secretes the enzyme that breaks down arginine. With less arginine, feline herpesvirus should not be able to make as much virus and your cat should feel better. The full effect of L-lysine supplementation takes a few weeks before pet parents can expect results.

What Is L-lysine Used for in Cats?

Most cats with upper respiratory symptoms have feline herpesvirus. This particular virus causes symptoms off and on for life, waxing and waning during times of stress such as moving, vacations, or after other illnesses or procedures such as surgery.

The goal of L-lysine is to decrease symptoms and prevent flare-ups over time, not as a short-term treatment.

L-lysine for Cats: What Does Research Show?

A lot of research has been done involving L-lysine and has mostly shown L-lysine to have no effect on the health and wellbeing of cats. Veterinarians are now more reluctant to recommend this supplement, although generally L-lysine is not harmful to most cats.

Multiple studies have demonstrated that when given in food, lysine was found to be ineffective in preventing disease [1] [2].In one such study, the cats receiving lysine experienced worse symptoms and higher levels of feline herpesvirus when tested [1].

A review of multiple studies performed both in cats and in humans concluded that lysine is not effective against herpesviruses in general [3].The theory that lysine decreases arginine is shown to be false in several studies. There is no evidence that low levels of arginine in the body stop herpesvirus from producing more virus or that increased L-lysine supplementation decreases herpesvirus. After decades of research, it would appear lysine is not an effective treatment for feline herpesvirus after all.

L-lysine Side Effects in Cats

Side effects are uncommon with L-lysine. Cats that eat too much L-lysine may experience gastrointestinal side effects including:

For very large doses of L-lysine, cats with severe kidney or liver disease may have trouble breaking down the end-products of L-lysine (substances created after breaking down L-lysine). L-lysine increases the absorption of calcium which can be an issue in some cats with metabolic disease.

None of these issues are a concern, however, if L-lysine is given at the dose generally recommended in cats.

Reactions With Other Drugs and Medications

L-lysine is not known to react with any other drugs or medications. In animals receiving doses of L-lysine much higher (i.e. 10 times) than the recommended dosing, aminoglycoside medications can be more toxic when given with L-lysine.

Examples of aminoglycoside medication include gentamicin or amikacin.

Dosing of L-lysine for cats is generally 250 mg to 500 mg once or twice per day. Kittens and smaller adult cats should tend towards the lower dose, while larger adult cats are usually fine receiving the higher dose. There is no specific dose based on weight.

What if My Cat Misses a Dose of L-lysine?

If your cat misses a dose of L-lysine, give the dose as soon as you remember. If you remember the missed dose within a few hours of the next dose, it is fine to skip the dose you missed and give the next dose at the regular time.

Cost of L-lysine for Cats

Per month, L-lysine for cats generally costs $5 to $20. Powder tends to be the cheapest form, while chews and some pastes are more expensive.

L-lysine should be stored tightly sealed in its original container at room temperature.

Doxycycline is an antibiotic commonly prescribed by veterinarians for cats with a variety of illnesses.  One of doxycylcine’s most frequent use... 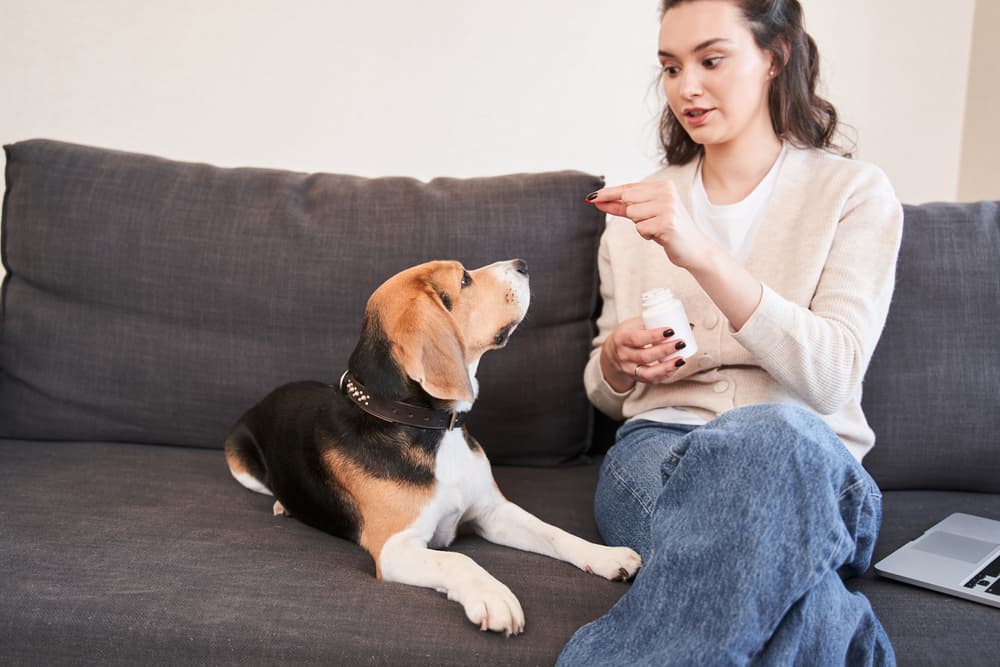 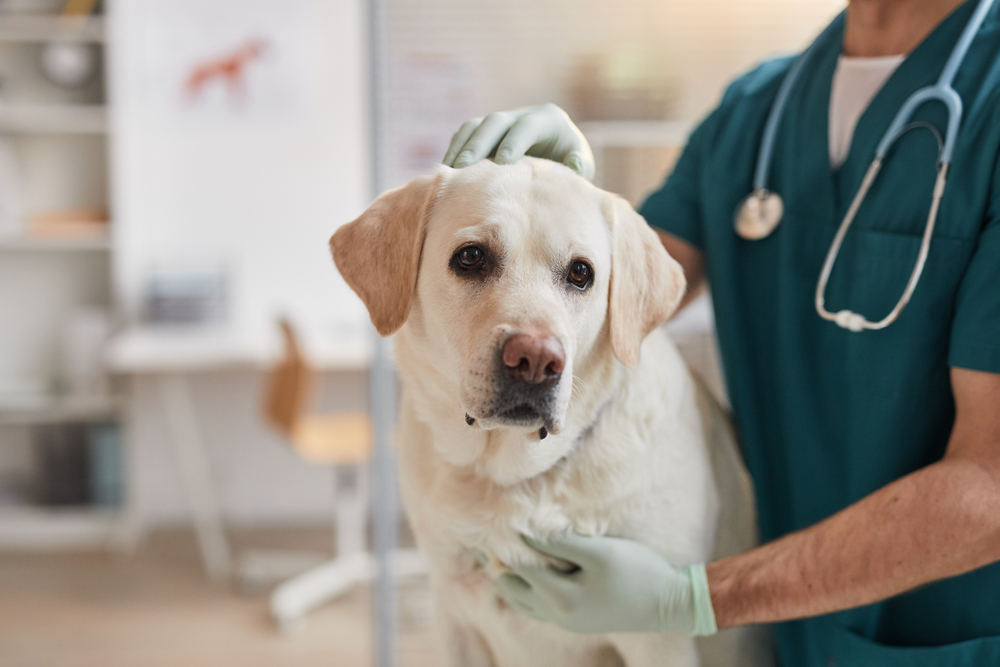 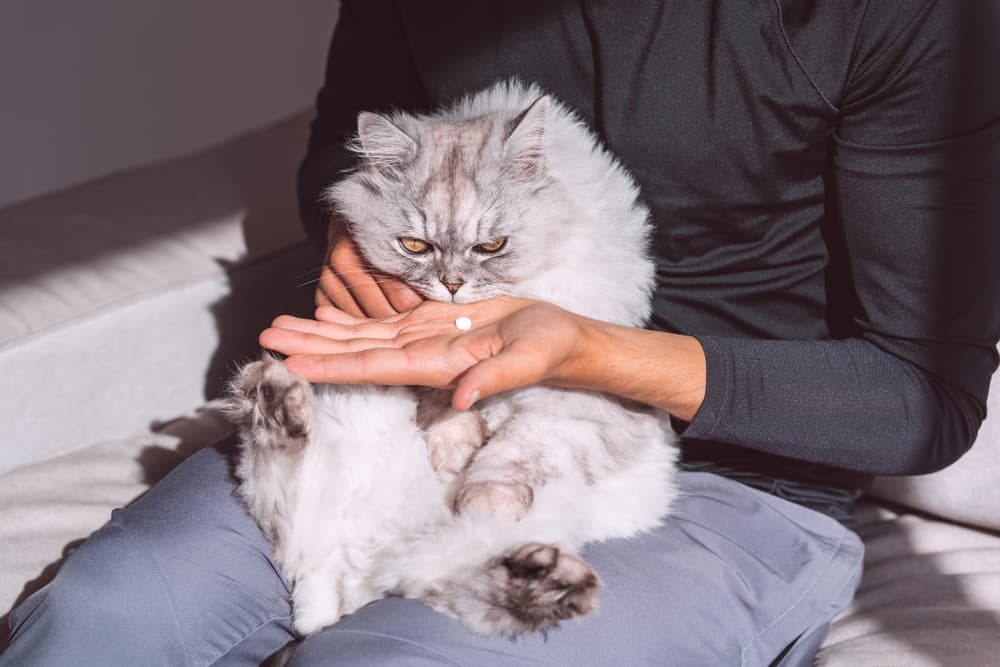 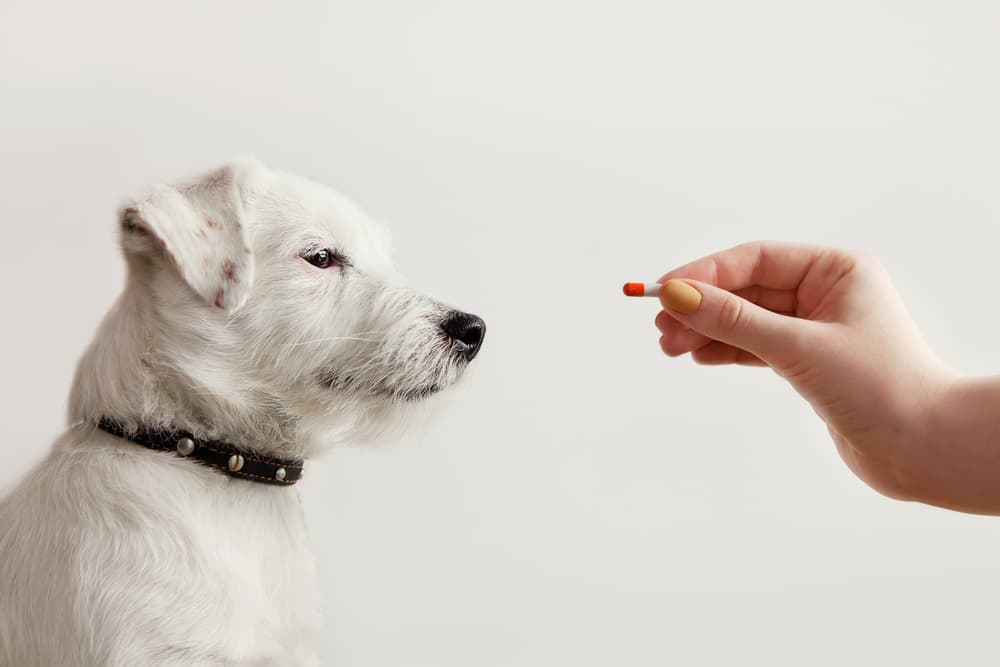 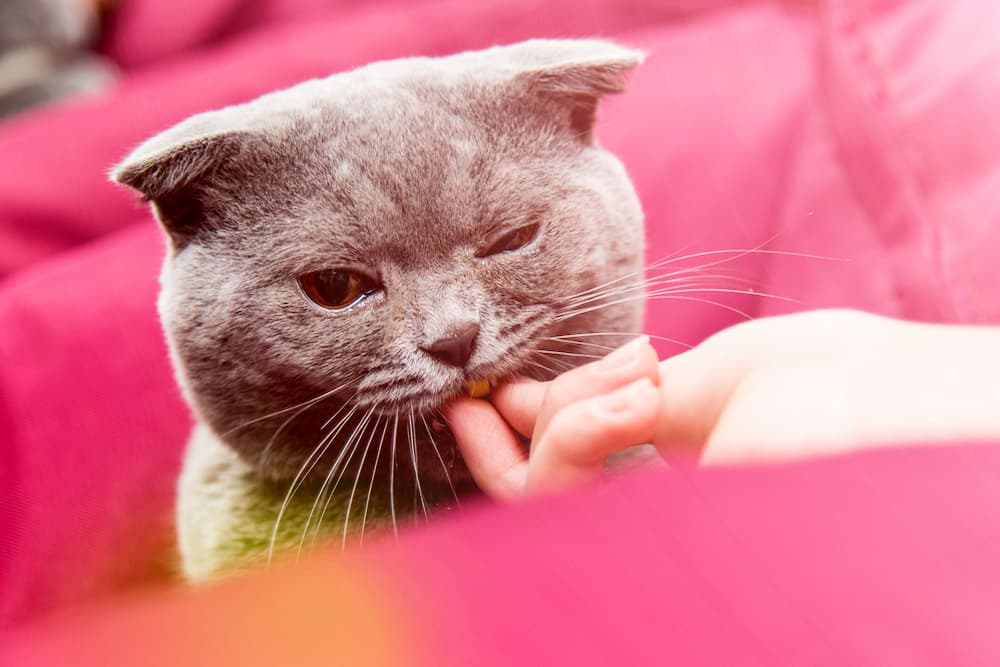 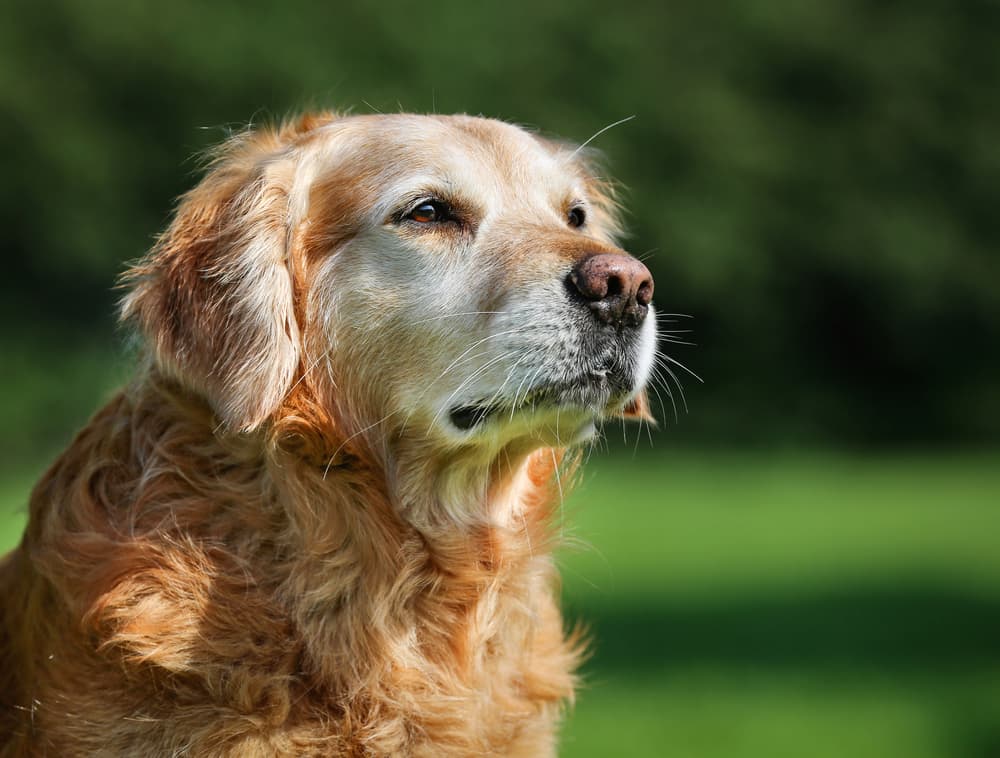