Cushing’s disease in dogs—also called Cushing’s syndrome or hyperadrenocorticism—is a medical condition caused by prolonged exposure to excess cortisol. In many cases, this excess cortisol is produced within the body. However, the cortisol can also come from an external source (such as medications).

Cushing’s disease can occur in both dogs and cats, although it is significantly more common in dogs.

What is Cushing’s Disease?

Cushing’s disease occurs as a result of excess cortisol circulating within a dog’s body.

Cortisol is a hormone that is produced by the adrenal glands (two small glands in the abdomen) during times of stress. The actions of cortisol are actually beneficial during stress—cortisol helps mobilize fat and sugar to increase available energy, helps the body retain water, and performs other important functions.

If cortisol is released constantly or in excessive quantities, however, these beneficial effects can become harmful. Chronic cortisol exposure leads to changes in metabolism, changes in fluid balance, the breakdown of muscle tissue, and even decreased immune system function.

What Causes Cushing’s Disease in Dogs? 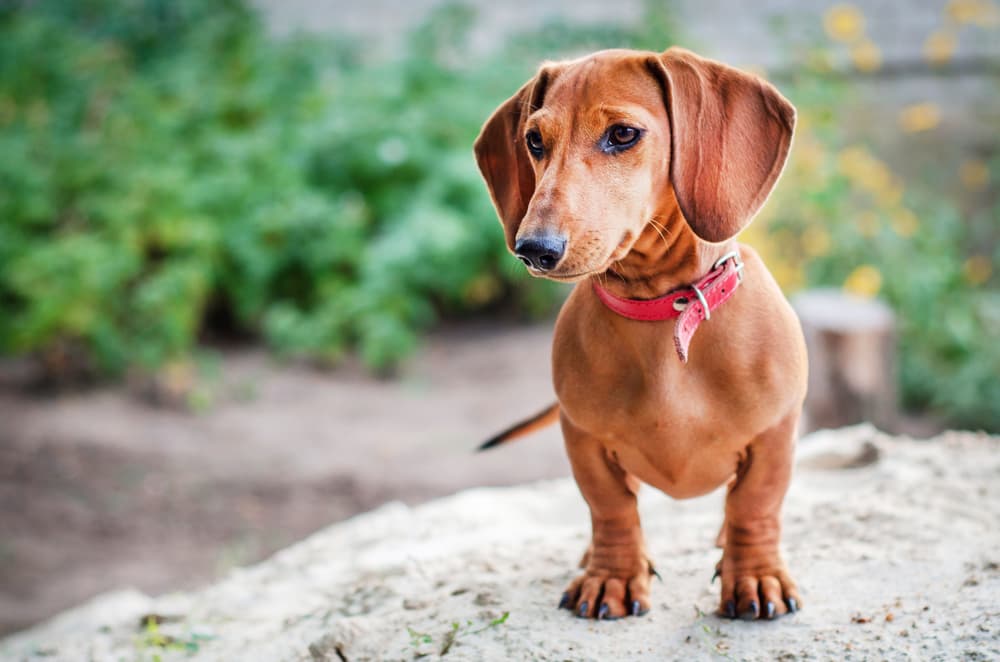 Cushing’s disease is divided into three categories, each of which has a unique cause:

Pituitary-dependent: A benign tumor in the pituitary gland (within the brain) leads to overproduction of adrenocorticotropic hormone (ACTH), the hormone responsible for stimulating the adrenal glands to produce cortisol. Most cases of Cushing’s disease (approximately 80-85 percent) are pituitary-dependent.

Adrenal-dependent: A tumor in one of the adrenal glands results in overproduction of cortisol.

Cushing’s disease can occur in dogs of any breed, but some breeds are diagnosed more frequently than others.

The clinical signs of Cushing’s disease are similar to those expected in a person who is taking long-term cortisol.

Affected dogs demonstrate behavior changes, with a tendency to eat and drink more than usual. Because they are drinking more, these dogs also urinate more often than usual. They may gain weight, developing a pot-bellied appearance.

Other symptoms of Cushing’s disease in dogs include:

Diagnosing a Dog With Cushing’s Syndrome 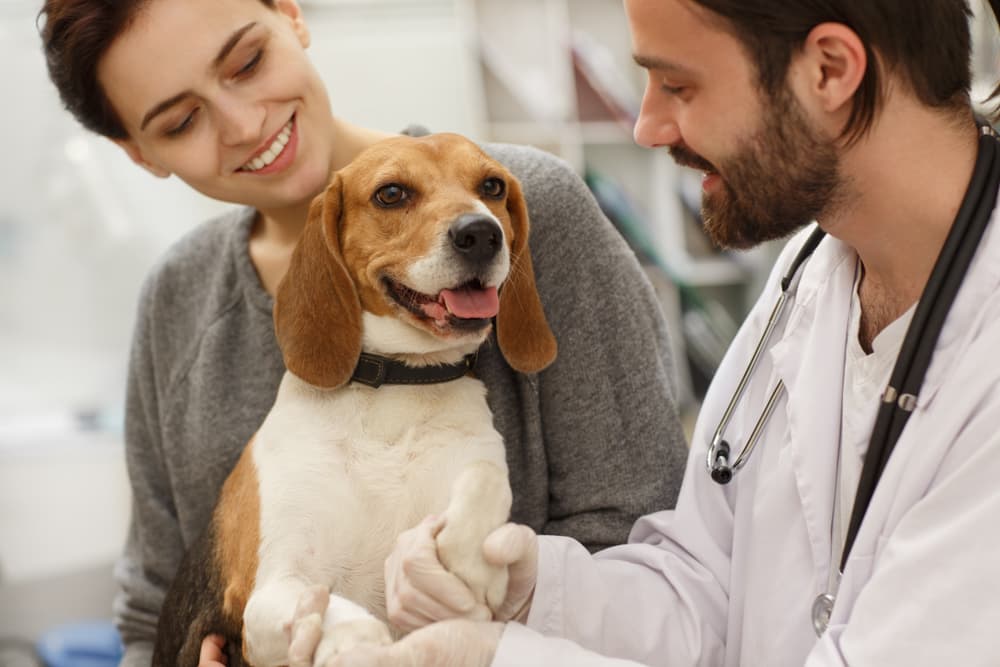 There are two tests used to diagnose Cushing’s disease. Each test has unique pros and cons.

ACTH stimulation test: In this test, blood is drawn before and after administering an injection of ACTH. This hormone should trigger the release of cortisol, but an exaggerated response to ACTH stimulation suggests Cushing’s disease. The primary advantage to using ACTH stimulation as a diagnostic test is that it can be performed quickly. Dogs only need to be hospitalized for one hour to complete this diagnostic test.

After a pet is diagnosed with Cushing’s disease, additional testing may be required to distinguish between pituitary-dependent and adrenal-dependent disease.

In dogs diagnosed using the LDDS test, the results often provide the ability to differentiate between pituitary-dependent and adrenal-dependent Cushing’s disease.

In dogs receiving the ACTH stimulation test, or in which the LDDS did not differentiate between the two types of Cushing’s disease, additional testing will be required.

Differentiating tests include a high-dose dexamethasone suppression test (HDDS), endogenous ACTH level, or an abdominal ultrasound. Your veterinarian will recommend any additional testing needed to properly diagnose the type of Cushing’s disease in your dog.

How to Treat and Manage Cushing’s Disease in Dogs 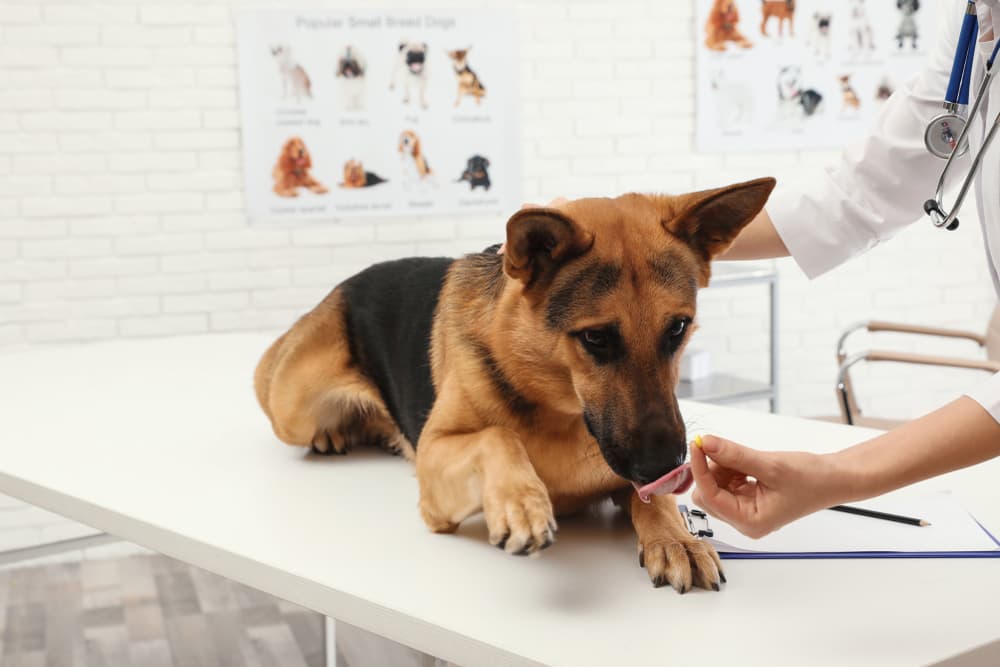 The treatment of Cushing’s disease depends on which type is present.

Adrenalectomy is typically performed by a veterinary surgeon, at a referral hospital or veterinary teaching hospital. Dogs receive a thorough pre-anesthetic workup prior to surgery and may also be started on medications to minimize the risk of complications.

Adrenalectomy is performed under general anesthesia. The surgeon will make an incision in the abdomen and remove the affected adrenal gland. After surgery, dogs are monitored in the intensive care unit (ICU) for at least 24 hours. This allows for the early detection and treatment of surgical complications, such as blood clots.

Trilostane: This medication temporarily blocks the production of cortisol. It is administered once or twice daily for the remainder of the pet’s life.

Mitotane: This drug works by permanently killing cortisol-producing cells within the adrenal gland. Pets treated with mitotane typically undergo 7-10 days of induction (daily dosing), then are maintained on a once-weekly dose of medication. Because mitotane has irreversible effects on the adrenal gland, this is often considered to be a riskier treatment than trilostane.

Dogs with Cushing’s disease typically receive one of these medications for the rest of their life. Treatment with trilostane or mitotane requires extensive monitoring.

How Long Can a Dog Live With Cushing’s Disease?

The prognosis for dogs with pituitary-dependent Cushing’s disease is good. With appropriate treatment, survival times of 2-3 years are typically reported.

The prognosis for dogs with adrenal-dependent Cushing’s disease can be divided into two periods: the surgical period and long-term. The prognosis for surgery is guarded, since it is a risky procedure that can have complications. If surgery is successful, however, these dogs also have a good long-term prognosis, with a mean survival time of 3 years.

Diagnosing and managing Cushing’s disease in dogs can be expensive and pet parents should prepare for the financial costs of surgery or lifelong medications.

While rates vary by location, pet owners can expect to spend the following to diagnose and treat Cushing’s disease.

How to Prevent Cushing’s Disease in Dogs

There is no known way to prevent adrenal-dependent or pituitary-dependent Cushing’s disease in dogs. Diet changes are not beneficial in preventing or treating this condition.

Dogs with chronic skin allergies and other inflammatory conditions should be managed with nonsteroidal therapies, when possible.