Addison’s disease in dogs is scary because it seems to come on suddenly and severely. However, by the time your dog shows signs of being ill, more than 90 percent of the hormone-producing tissue in her two adrenal glands are non-functional.

Addison’s disease, also known as hypoadrenocorticism, is complicated to diagnose because it mimics the symptoms of many other canine diseases. Making things more difficult, the blood chemistry signs of the disease that your veterinarian looks for may not be present at first, even if your dog is already ill.

What is Addison’s Disease?

Cortisol is a hormone that helps a dog’s body cope with stress. This includes everyday stressors such as exercise and more severe stressors like injuries.

Aldosterone is a hormone that helps to regulate electrolytes, such as sodium and potassium, in a dog’s body. These electrolytes are involved in many important body functions including the maintenance of adequate body fluid.

A dog with Addison’s disease does not properly produce these adrenal hormones. Since hormones normally circulate throughout the body and have their effects everywhere, the entire body is affected by Addison’s disease. It can cause severe dehydration, coma, or even sudden death.

What Causes Addison’s Disease in Dogs? 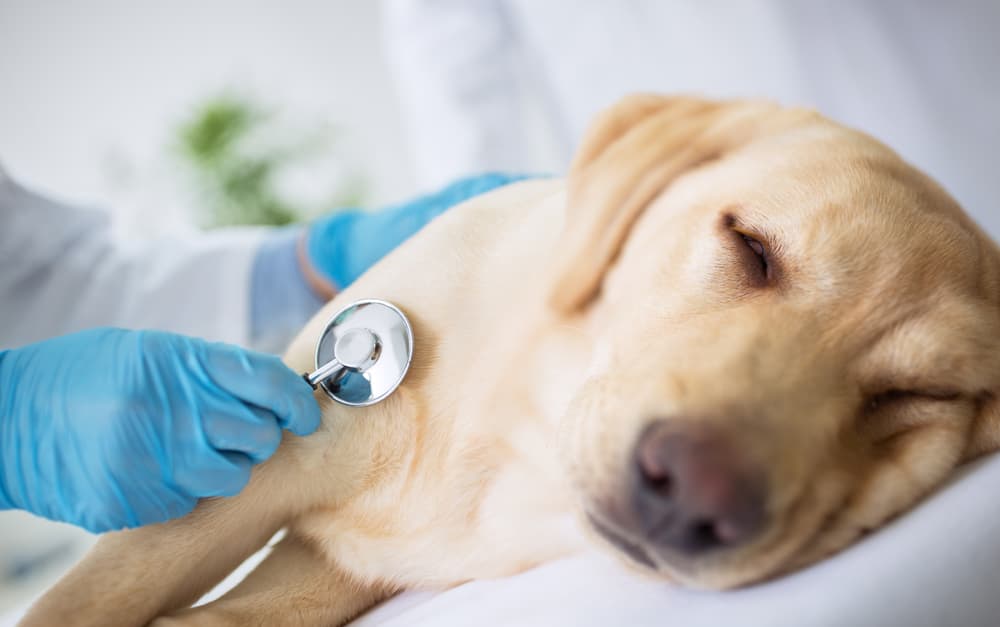 The specific causes of Addison’s disease in dogs are not fully understood. The disease is caused by the destruction or dysfunction of the adrenal glands, which can happen due to an overactive immune system or as a secondary result of other diseases.

The cause of Addison’s disease in some dogs may also be idiopathic, meaning the cause cannot be pinpointed and remains unknown.

Though these breed predispositions suggest there is a genetic risk factor in developing the disease, there is no current research that supports a genetic link.

If your dog abruptly stops taking steroid medication this can cause a type of Addison’s disease. Though it can be severe, it is often curable. Always follow your veterinarian’s instructions to slowly decrease steroid medications over time.

Symptoms of Addison’s Disease in Dogs

Unfortunately, nearly one-third of dogs diagnosed with Addison’s disease are diagnosed because they get very sick, known as an Addisonian crisis. This is when dehydration becomes very severe and inadequate blood flow results.

Dogs may also have a dangerous imbalance in blood electrolytes resulting in abnormal heart function.

Symptoms of Addison’s disease in dogs include:

An Addisonian crisis in dogs can be fatal. Dogs in this situation may be in an extreme state that includes low blood pressure, low blood sugar, and a slow heart rate. Each of these are very serious and should be treated in the hospital by your veterinarian.

A dog in an Addisonian crisis will require hospitalization that may cost $500-$1000 per day or more as doctors and their staff work to save your pet.

Diagnosing Your Dog With Addison’s Disease 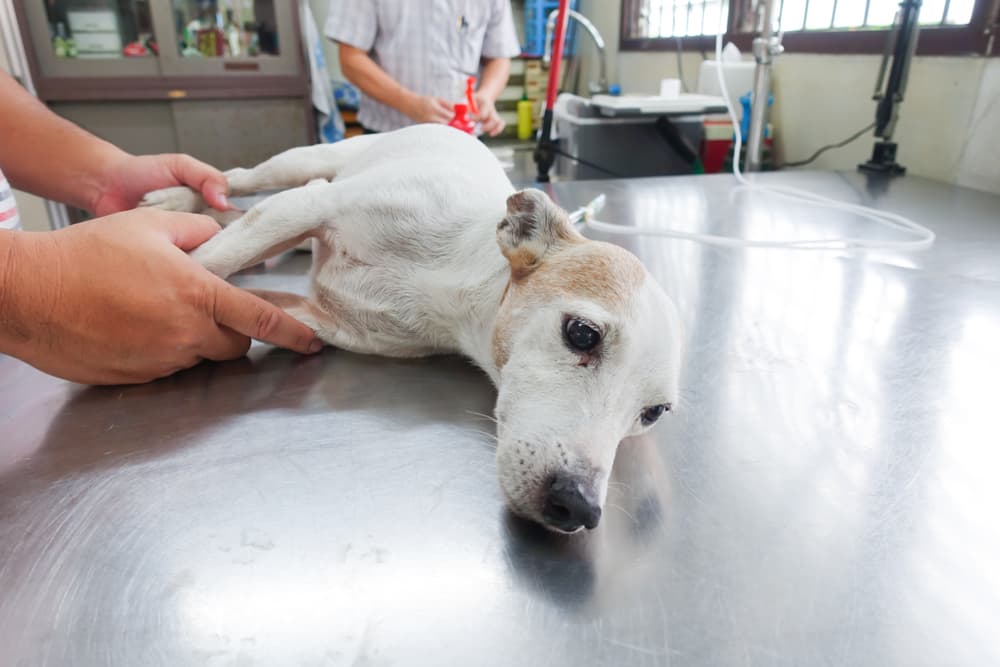 Your veterinarian will perform a complete blood count (CBC), chemistry panel including electrolyte levels, and urinalysis. These are tests of general body function. Dogs with Addison’s disease have an imbalance in their electrolyte levels as well as possible abnormalities in kidney values. Normally, a sick dog will have elevated white blood cells but this response is absent in dogs with Addison’s disease.

Next, if your veterinarian is suspicious of Addison’s disease, she will recommend an ACTH stimulation test. ACTH is a hormone produced by the pituitary gland that signals to the adrenal gland to release steroids. If blood steroid levels do not respond to this injection, your dog has Addison’s disease.

A full set of diagnostic tests costs between $600 and $2,000, depending on which tests are required.

How to Treat Addison’s Disease in Dogs

Addison’s disease in dogs cannot be cured, but it can be managed with medicine. When starting medication, your veterinarian will recommend frequent blood tests to make sure the medicine is working properly.

Once your pet’s disease is well-regulated, blood testing may be recommended every 3-6 months ($100-$250 per testing).

Medication for Addison’s Disease in Dogs

There are two types of medicines for treating Addison’s disease, the cost of which is dependent on the size of your dog. The first is a pill called fludrocortisone.

Fludrocortisone: This is a pill that needs to be given every 12-24 hours. Depending on the size of your dog, it costs $50-$200 per month. Over years, your dog’s dose will increase.

Desoxycorticosterone Pivalate (DOCP) Injection: This is an injection given approximately every 25 days. Your veterinarian will check your dog’s electrolyte levels before the first several of these injections and then every 3-6 months. The injections cost approximately $100-$300 each.

Your dog may also need to be given low-dose oral prednisone. Prednisone tablets are inexpensive, usually approximately $10-$20 per month. The exact dosing regimen depends on your dog and your lifestyle. Talk about the exact dosing expectations with your veterinarian.

How to Prevent Addison’s Disease 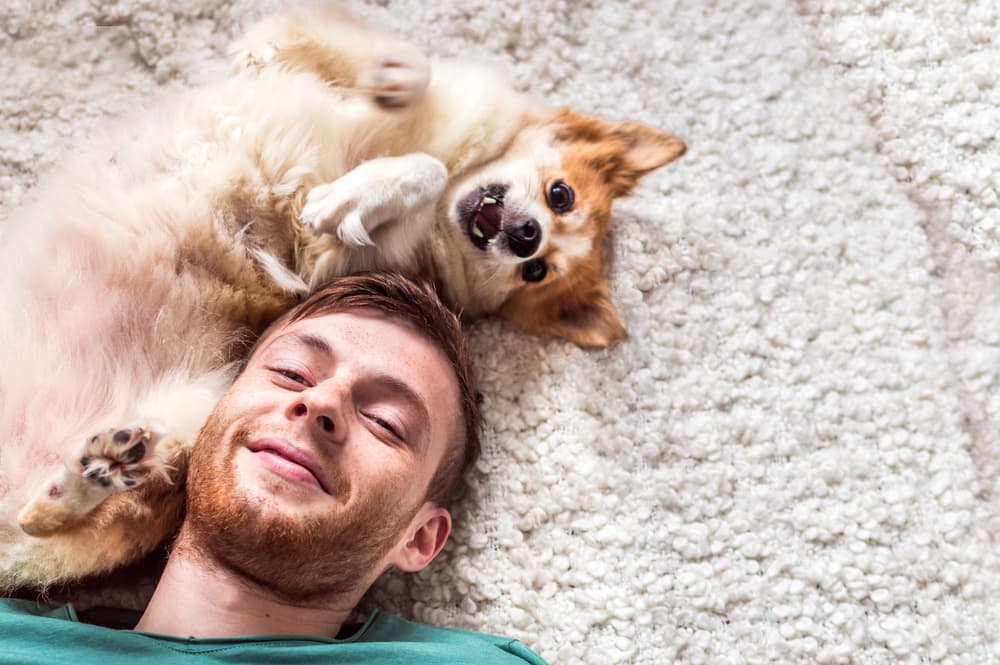 If your pet is taking steroid medications such as prednisone, do not abruptly stop them. Steroids should be tapered over the course of several days to weeks, following your veterinarian’s recommendations.