A 1930s training manual, Training the Dog, postulated that dogs were color blind, perpetuating a widespread belief that our canine companions perceived the world in black and white.

Even original research on dogs and color vision were flawed, according to Dr. Wendy Townsend, veterinary ophthalmologist and associate professor at the Purdue University College of Veterinary Medicine.

“The behavioral studies were not well designed, so we ended up thinking dogs were picking up on shapes and brightness, not color,” Townsend explains. “Now we have better behavioral tests that control for things like shape and brightness and give us a true picture of whether dogs can see color.”

The Mechanics of Dog Color Vision 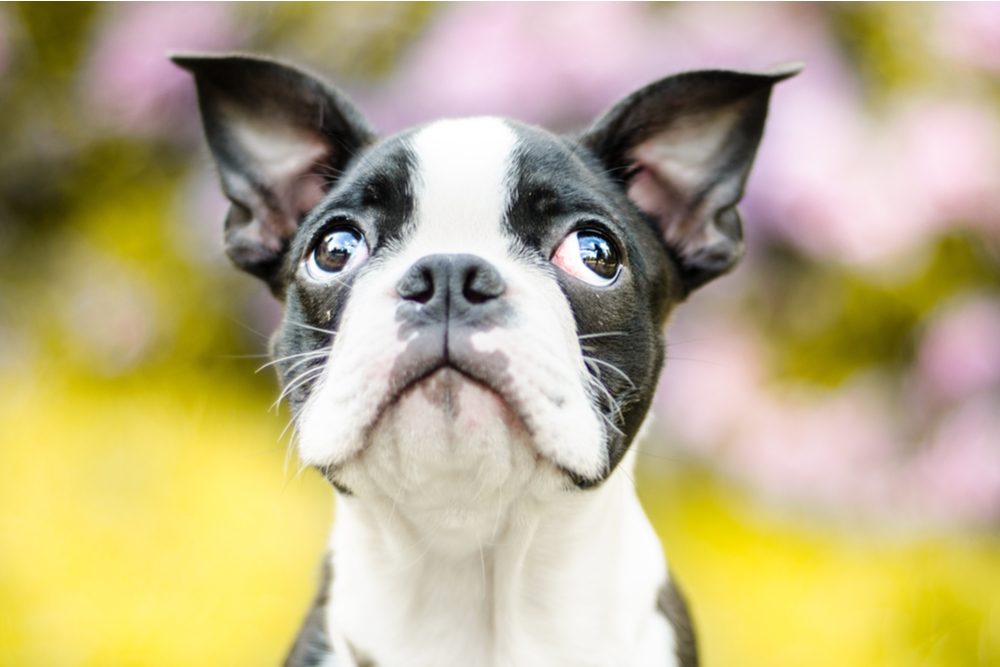 Both dogs and humans have similar structures in their eyes. Dr. Emily Conway, a veterinary ophthalmologist with VCA Great Lakes Veterinary Specialists in Ohio, explains that dog eyes contain the following parts that make vision possible:

There is one major difference between dog vision and human vision when it comes to photoreceptors, Conway says. Humans are “trichromatic” and have three kinds of cones to perceive while dogs are “dichromatic” and only have two sets of cones—and this is the reason that we experience color differently from our four-legged friends.

The cones were designed to work together so you can perceive all of the colors across the spectrum. Color blindness in humans occurs when one or more of the cone cells are missing or faulty, affecting how you perceive color.

In someone who is red-green colorblind—the most common type of colorblindness, according to the National Eye Institute—it is difficult to tell the difference between red and green. Depending on the type of red-green colorblindness, green might look more like red; or red might look more like green; or you might be unable to tell the difference between two colors, seeing them both in shades of grey. 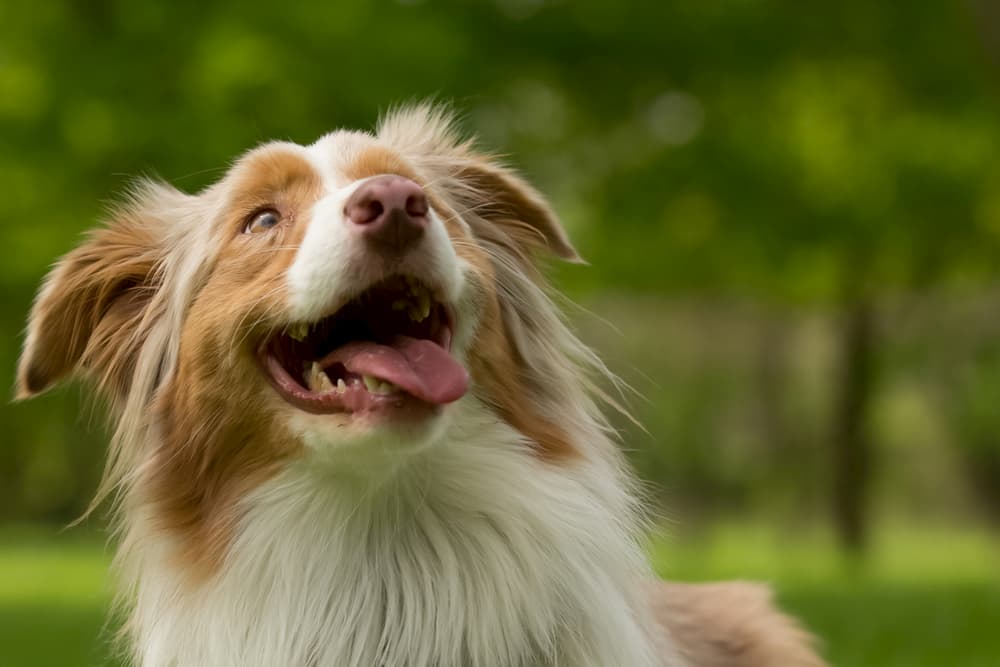 Several studies have explored how dogs perceive color—or whether dogs can see color at all—and determined that our four-legged companions have two sets of cones that allow them to see colors on the blue and yellow spectrums but not colors on the red or green spectrum. Research confirms that dogs are red-green colorblind.

In one study, dogs were shown an animated silhouette of a black cat moving across a white screen and later shown several silhouettes of different shades of red cats on green backgrounds. The results showed that dogs were able to see the black cats but had low-to-no responses to the red cats on green backgrounds, leading researchers to declare that dogs experience red-green colorblindness (1).

“We can’t ask them or get inside their brain to see what they see, which makes it a little tricky,” Conway says. “But looking at their retinas through [the microscope], we think that colors on the red-green spectrum appear as shades of grey or brown.”

Do Dogs See in Black and White?

It’s a long-held (and inaccurate) belief that dogs don’t see color. Dogs see colors on the blue to violet and yellow spectrums as well as black, white, and grey. So dogs don’t just see in black and white. Their vision allows them to see other tones and varieties—just not as many as humans.

“Dogs are better able to discriminate between shades of grey,” Townsend says. “The advantage [to seeing multiple shades of grey] is that dogs can break camouflage and find things that are hiding.”

What Colors Do Dogs See? 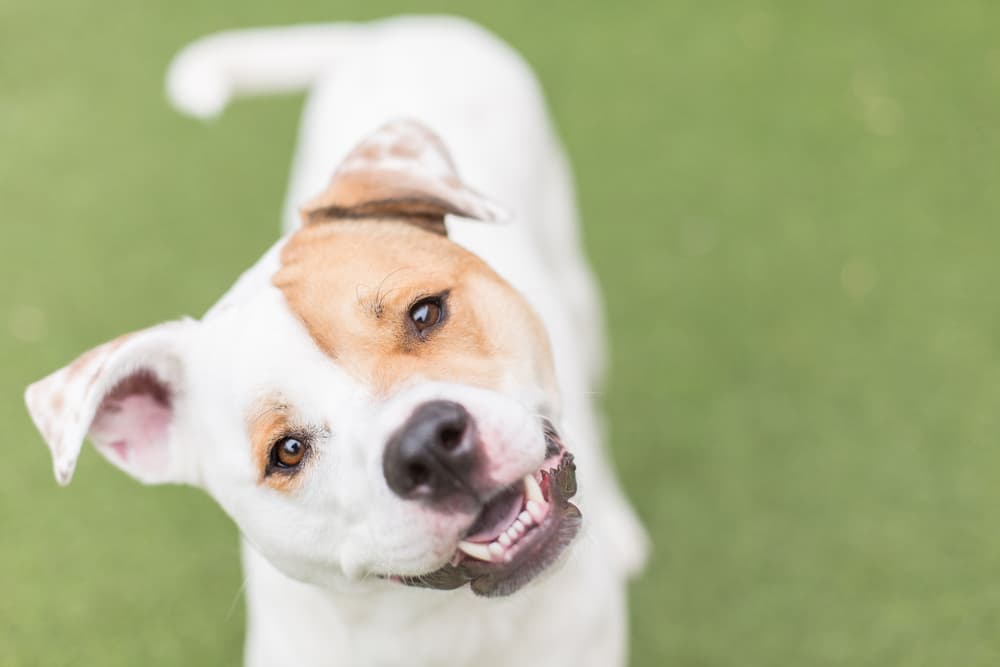 Now that you know dogs can see a range of colors and that they don’t just experience the world in black and white, let’s take a deeper dive into some specific colors and explain if and how dogs see them.

Dogs do not see red. When a toy is pure red, it will appear grey to dogs. However, if red objects have yellow or bluish undertones, dogs will see them as muted versions of that color, Townsend notes.

Can Dogs See Orange and Pink?

Because orange and pink are on the red color spectrum, dogs cannot see these colors.

Dogs are red-green color blind and cannot see green. Similar to their perception of red, objects that are pure green will appear grey to dogs. If those items have undertones of yellow or blue, which dogs can see, the object may appear as a muted tone.

The cones in a dog’s eyes are set up to allow dogs to see the color blue. Dogs can see all shades of blue.

Just like blue, dogs can see all shades of yellow.

Are There Calming Colors for Dogs? 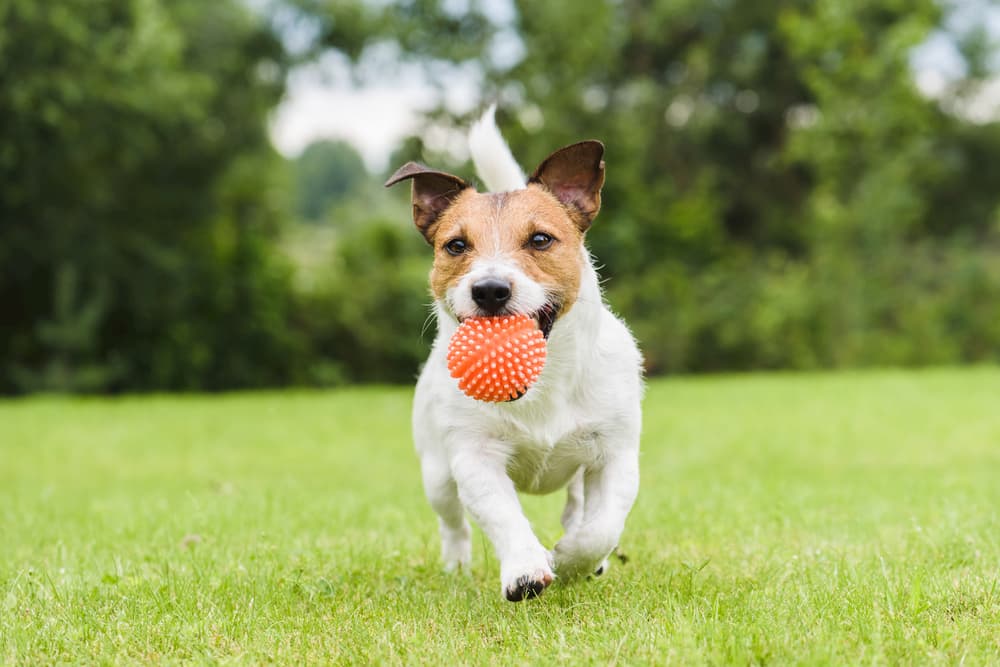 There is no evidence that dogs prefer certain colors or that shades of one color are more calming than another, says Conway.

A green ball sitting in a patch of grass might be harder to see while a yellow ball in the same patch of grass stands out—but as long as there is a ball to play with, most dogs will be happy with either color.

Conway notes that her dog favors a squeaky green pickle wearing a red Santa hat and seems unconcerned that it appears as shades of grey.

“There are not a lot of reasons for dogs to have to distinguish between different colors,” Townsend adds. “There don’t appear to be any disadvantages to dogs from being red-green colorblind.”

Is Chocolate Bad for Dogs?

Why Do Cats Hate Water?