Cat whiskers are believed to be good luck, according to folklore. Just as the phrase “made it by a whisker” is used to describe a stroke of good fortune, the feline hair filaments also help cats preserve their nine lives by keeping them out of precarious situations—and contribute to their adorable appearances.

“Whiskers are special,” says Dr. Bruce Kornreich, director of the Cornell Feline Health Center at Cornell University. “In the follicles, there are sensory neurons that go to the brain to give information about tactile interactions with the environment.”

Why Do Cats Have Whiskers? 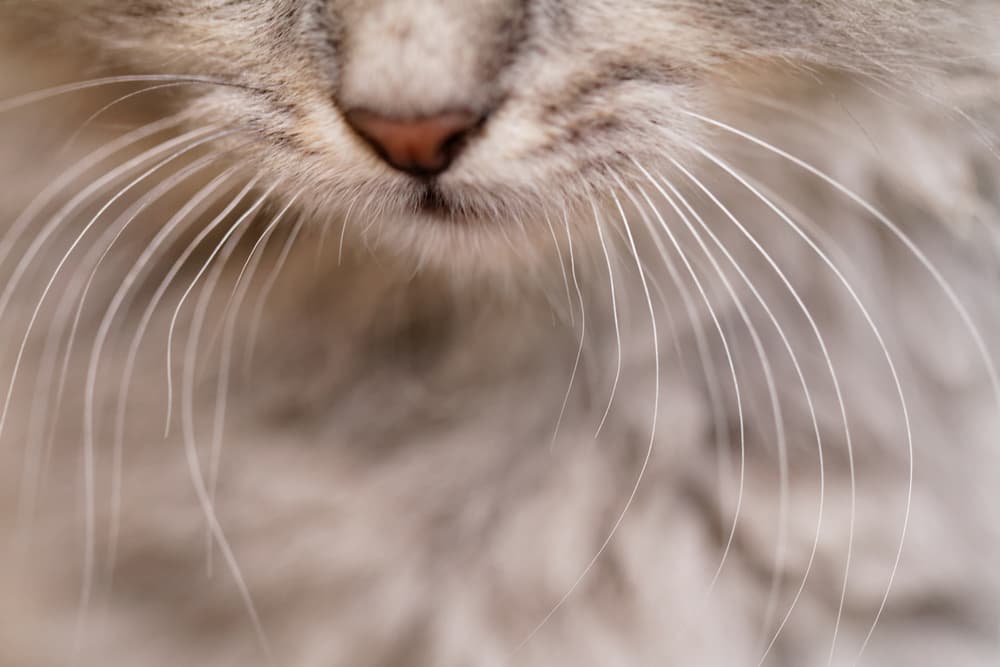 Cats are born with their whiskers and the hairs, which grow on their upper lips, chins, above their eyes, and on the back of the wrists on their forelimbs (called carpal whiskers). These whiskers are an essential part of cat anatomy.

While the stiff hairs are made up of protein called keratin that contains no nerves, the hair follicles at the base of the whisker are chock full of nerve endings and blood vessels and contain sensory neurons that transmit information to the brain. Whiskers also help cats compensate for poor short-distance vision, heightening their senses and providing important information about their environments.

“Cats use their whiskers to guide them through the environment,” explains Dr. Sara E. Gonzalez, clinical assistant professor in the community practice clinic at the University of Georgia.

Their whiskers help them to avoid running into things, help with their vision in low light, and even help with hunting because the hairs allow them to sense their prey or even to alert them to predators.

Cat whiskers also prevent cats from getting stuck in small spaces. The hairs spread out as wide as their bodies, allowing cats to sense whether they will fit into enclosed spaces. Cats may also use their whiskers to provide clues to their moods.

“Whiskers contain muscles that allow them to be moved,” Kornreich says. “You can tell when cats are hunting or excited, [because their whiskers] move forward. When cats are nervous or feel threatened, the whiskers might get pinned back against their face to make them feel as small as possible. When they are relaxed, their whiskers are out to the sides.”

Since cats tend to be stoic, a team of researchers at the University of Calgary developed a feline pain scale that uses clues about how a cat holds its head, ears, muzzle, and the position of their whiskers to determine their level of pain. The tool is aimed at helping veterinarians assess how a cat is feeling to guide their treatment decisions.

Whiskers are so sensitive that some veterinarians have suggested that cats can suffer from “whisker fatigue” if their whiskers are overstimulated. The whiskers touching the side of the food or water bowls when cats eat or drink is an oft-cited cause for whisker fatigue (also known as whisker stress) but there is no hard data to confirm a diagnosis.

How Many Whiskers Do Cats Have? 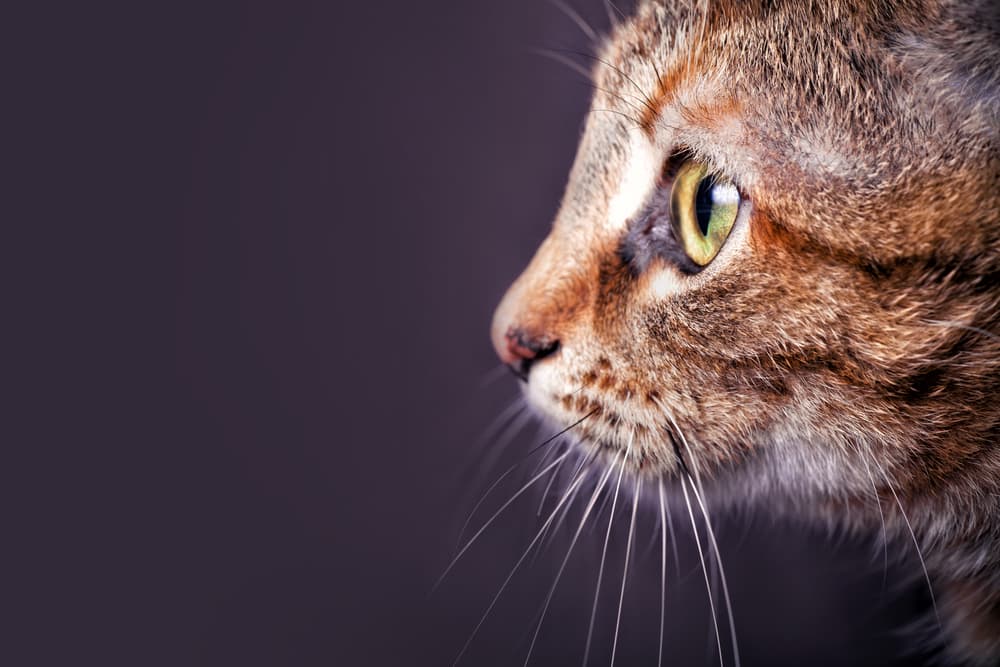 Cats are born with 24 whiskers—two sets of 12 whiskers arranged in four lines on each side of their face, according to Kornreich.

While kittens have shorter whiskers that grow longer over time, mature whisker length varies according to breed. Longer haired cats like the Maine Coon tend to have longer whiskers than short-haired or hairless breeds. In fact, the world record for the longest cat whiskers was awarded to Missi, a Maine Coon cat from Finland that had whiskers measuring seven-and-a-half inches long, according to the Guinness Book of World Records.

Cats have conical or tapered whiskers that are narrower at the tip than the base. Research shows that this shape provides more accurate information about the environment, allowing cats greater mobility and more accurate movements in their surroundings than other mammals such as harbor seals that have cylindrical whiskers (1).

Do Cats Shed Their Whiskers?

Cats do shed their whiskers. While shedding is a natural process and the hairs do grow back, excessive whisker loss or breakage might be a sign of a medical issue. Sudden stress, high fever, endocrine disorders and parasites like ringworm or demodectic mange as possible reasons cats might experience whisker loss or breakage, according to Gonzalez. Cats undergoing chemotherapy treatments for cancer may also lose their whiskers (2).

If you notice excessive whisker loss or breakage, call your veterinarian to see if there is a medical cause.

Treating the medical issue often allows whiskers to regrow. In some cases, including diseases like ringworm, veterinarians may clip or pluck infected whiskers as part of the treatment, according to research published in the Journal of Feline Medicine and Surgery (3).

Whether a cat sheds its whiskers, loses them, or has them cut or removed due to a medical issue, a cat’s whiskers will grow back.

Can You Cut a Cat’s Whiskers? 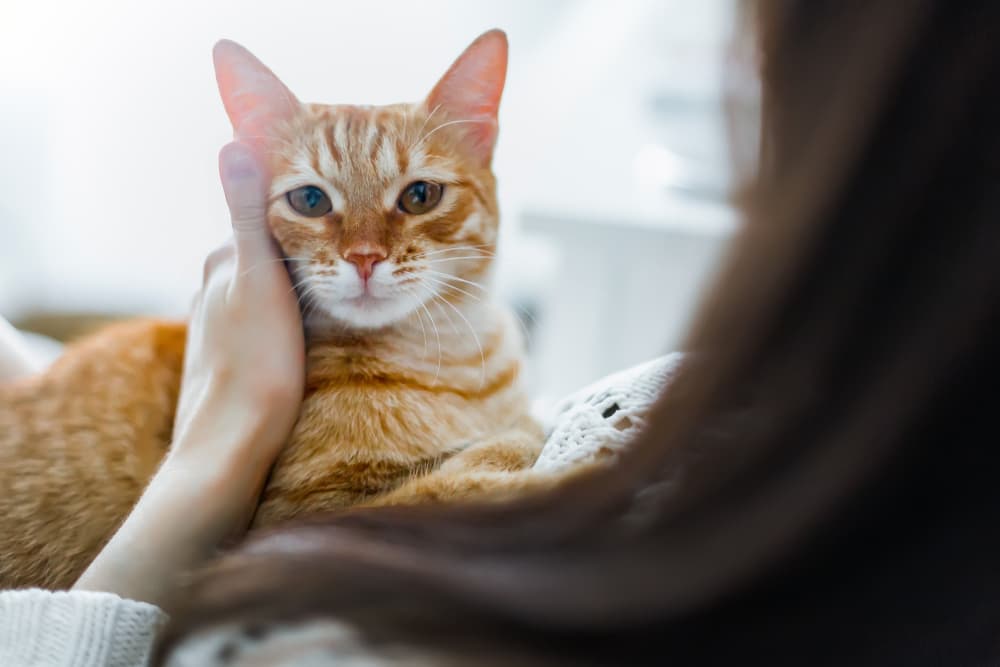 While some shedding or breakage is normal, cat whiskers do not need to be trimmed or groomed and Kornreich advises pet owners against cutting them.

Cat whiskers are similar to human hair and have no nerves so it is not painful to cut them. But cutting a whisker—even just a few inches—deprives cats of an important sensory tool to navigate their environments, he explains.

Whiskers should never, ever be pulled out.

“Whiskers are connected to nerves at the base and it would be painful to pull them out,” Gonzalez says. “Just like cutting any other hair, it wouldn’t hurt and the whiskers would grow back but it would make them more cautious about moving in their environment.”

If there is a medical need such as an abscess at the base of the whiskers, the procedure would be done in a veterinary hospital or clinic with the proper sedation and pain medication.

Instead of trimming, removing, or otherwise grooming cat whiskers, Kornreich suggests appreciating their natural state, adding, “Whiskers are an amazing evolutionary adaptation that helps these unique creatures navigate their environments,” he says.

*Please note: This article is about common coronaviruses in cats. It is NOT about COVID-19, the 2020 pandemic. Coronavirus is a common virus that affe... 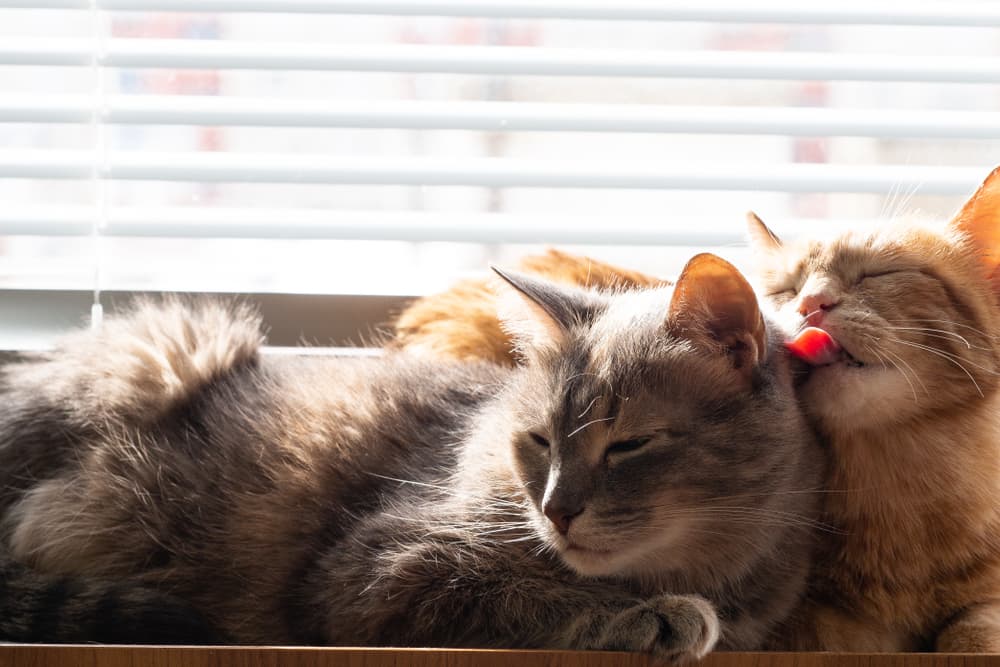 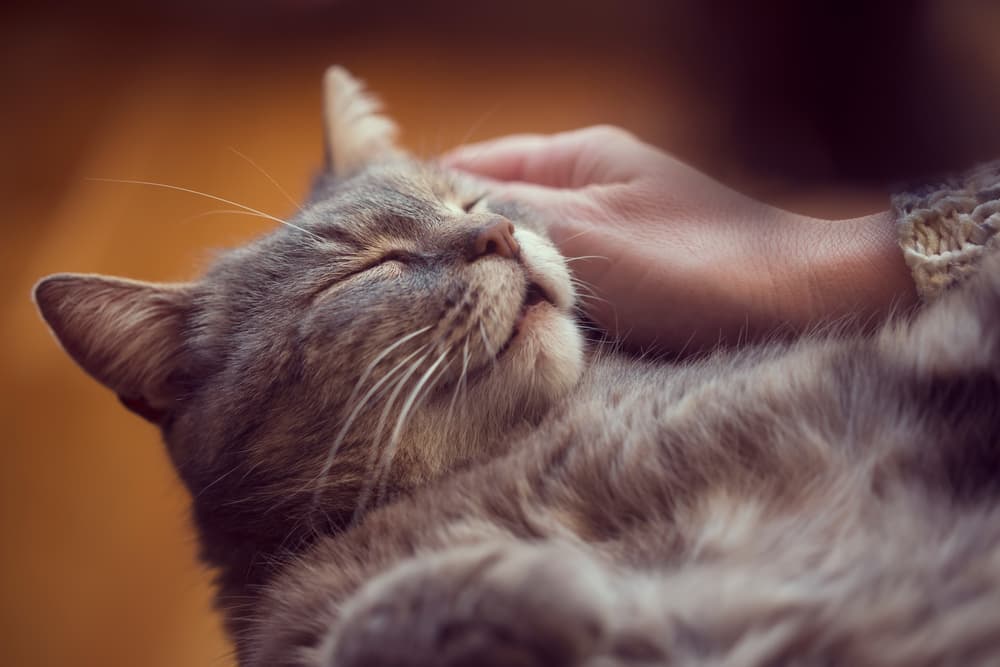 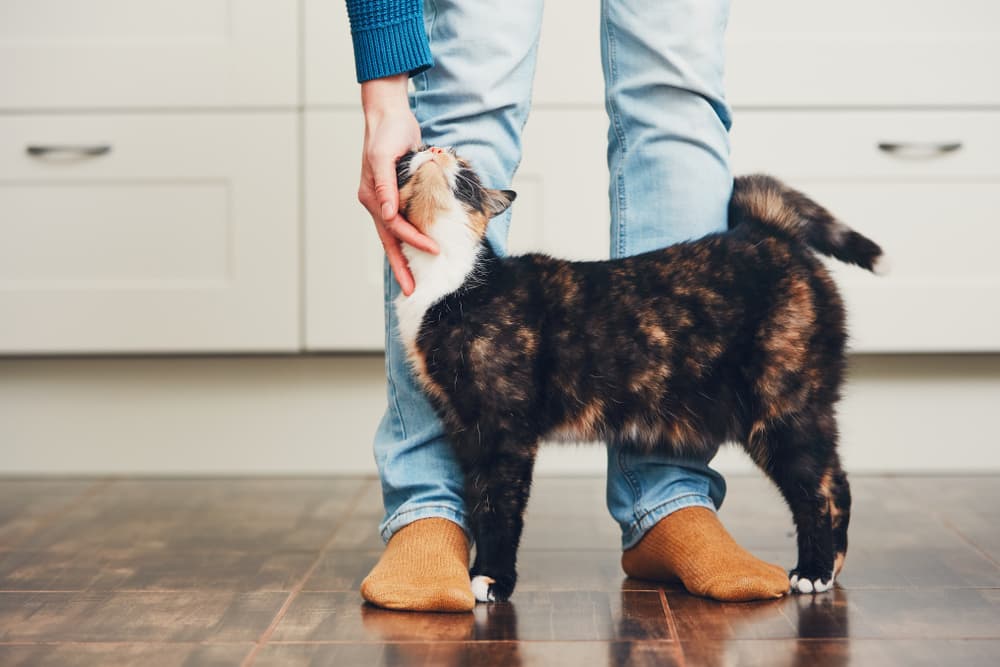 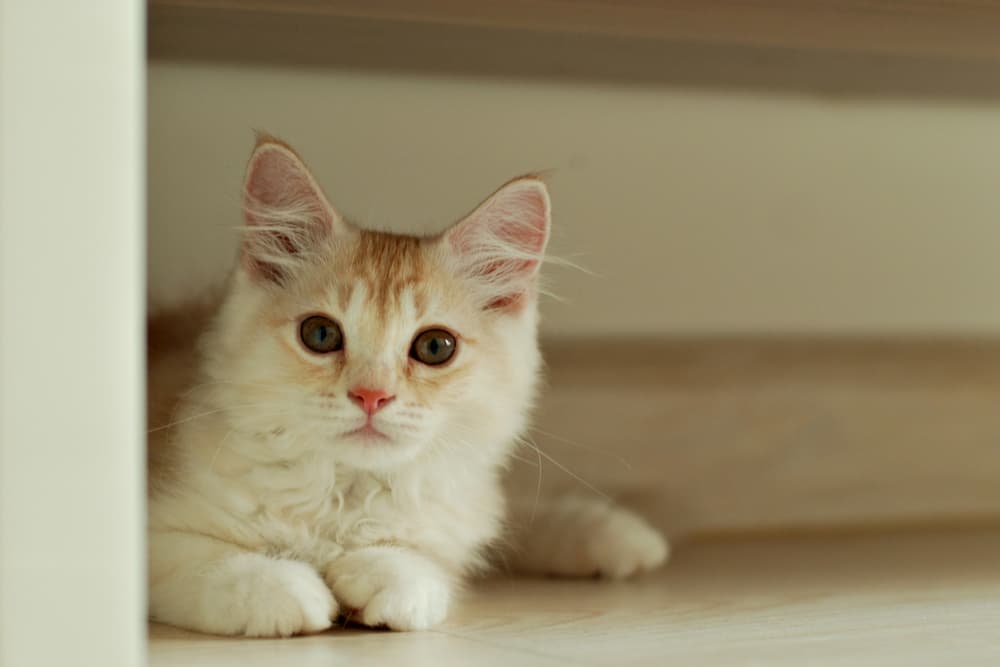