One of the most common side effects of any medical condition in cats is nausea and vomiting. Your cat may be throwing up and generally feeling under the weather. Nausea and vomiting also tends to decrease a cat’s appetite, and pet parents get really nervous—rightfully so—when their cat isn’t eating well.

When this happens, you’ll take your cat to the veterinary clinic or hospital looking for a solution. Luckily, your veterinarian has just the medication to stop vomiting and decrease nausea in cats. That medication is called Cerenia.

Cerenia is a medication that stops nausea and vomiting in pets. In 2007, Cerenia was approved by the FDA specifically for dogs who were vomiting or were going to experience motion sickness. It was the first and only antiemetic (stops vomiting) drug approved for veterinary patients, meaning that the medications used before were approved for human use or other conditions besides vomiting in pets.

In 2012, Cerenia was approved by the FDA in cats as well as dogs. In 2016, the FDA approved the injectable Cerenia for not only subcutaneous (under the skin) use, but also intravenous (into the vein or bloodstream).

Cerenia can be given to cats who are 16 weeks and older to treat nausea and vomiting.

This medication is widely available throughout the United States and the world. It is commonly stocked both in the injectable and tablet forms at general practices, as well as with specialists. Currently there are no generic options for this medication. 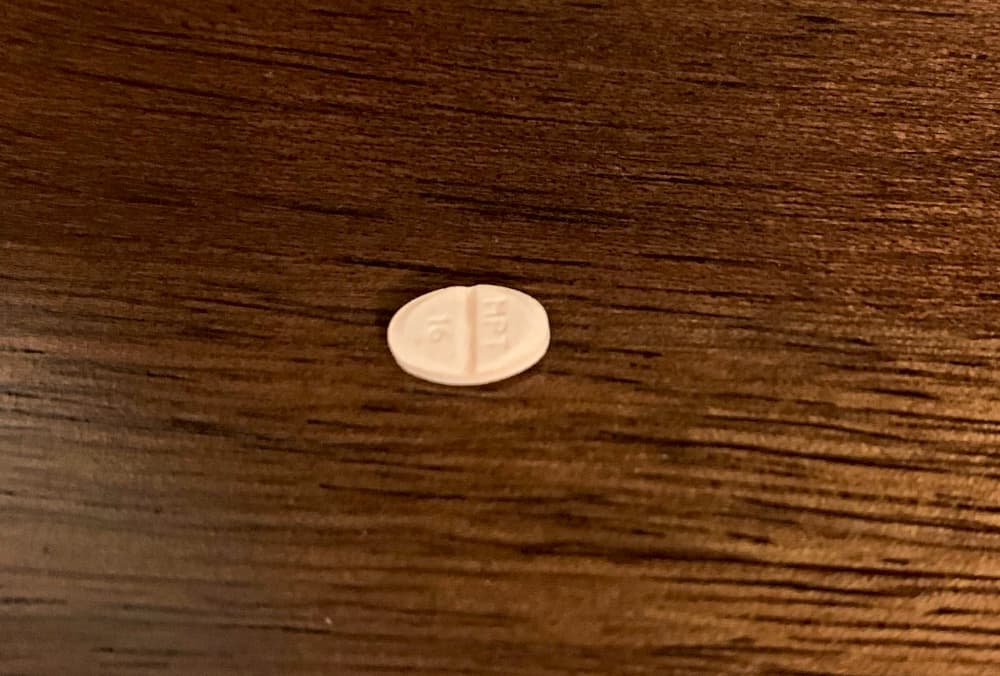 The tablet form of Cerenia is a small oval peach-colored tablet scored in the middle. A scored tablet is meant to be easily broken into two pieces with your hands, not requiring the use of any special tools. Each tablet has the letters “MPT” and the milligrams (mg) of medication stamped on it.

Cerenia also comes as an injectable medication. The liquid is clear and not very viscous (meaning not thick).

How Does Cerenia Work?

Cerenia works on the source of vomiting in cats—the brain. There are two ways in which the brain triggers vomiting:

When either pathway is triggered, Substance P is released in the brain to grab onto NK1 receptors. When it does, an electrical current travels through certain neurons (connections) in the brain to signal the need to vomit.

Cerenia binds to NK1 receptors, preventing Substance P from being able to grab onto them. No matter which pathway is triggered (no matter the cause), Cerenia will stop the brain from causing vomiting.

NK1 receptors are also part of the inflammatory cascade, meaning they are involved in creating inflammation. This has been specifically noted in pancreatitis, or disease in the pancreas. By binding to NK1 receptors, Cerenia appears to have some anti-inflammatory effects as well (1).

What Is Cerenia Used for in Cats? 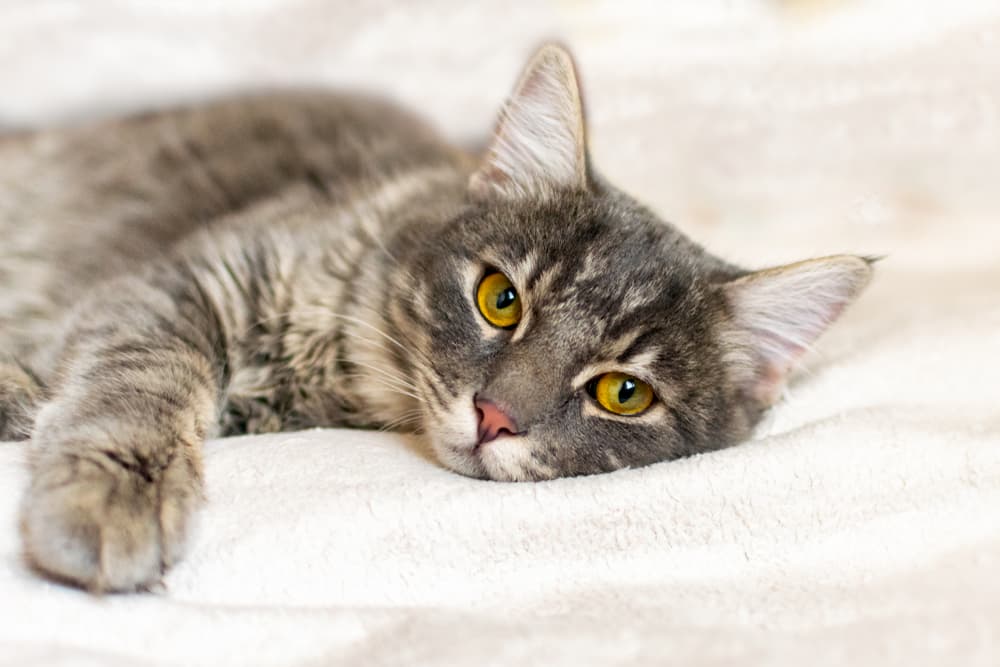 Cerenia is prescribed to cats with a variety of medical conditions. Low appetite and nausea are very common symptoms for the majority of illnesses your cat can have, and Cerenia specifically combats vomiting to allow your cat’s appetite to improve.

Gastrointestinal disease, or disease that affects the stomach and intestines, is the most common type of disease to use Cerenia for.

Some of the common conditions Cerenia is prescribed for include:

Cerenia has also been recognized as an anti-inflammatory agent and has been used in some conditions such as chronic rhinitis in cats, or chronic inflammation and stuffiness in the nose.

Cerenia Side Effects for Cats

Cerenia is a relatively safe drug that has a wide range of safety in dosing. Serious side effects are very rare. The only common side effect of Cerenia includes pain on injection, which resolves within seconds. Most veterinarians believe Cerenia injectable stings less if kept in the refrigerator.

The rare side effects of Cerenia can include:

If your cat is given Cerenia and symptoms worsen or new symptoms appear, contact your veterinarian right away.

Reactions with Other Drugs and Medications

There are no known reactions between Cerenia and other drugs or medications used for cats. 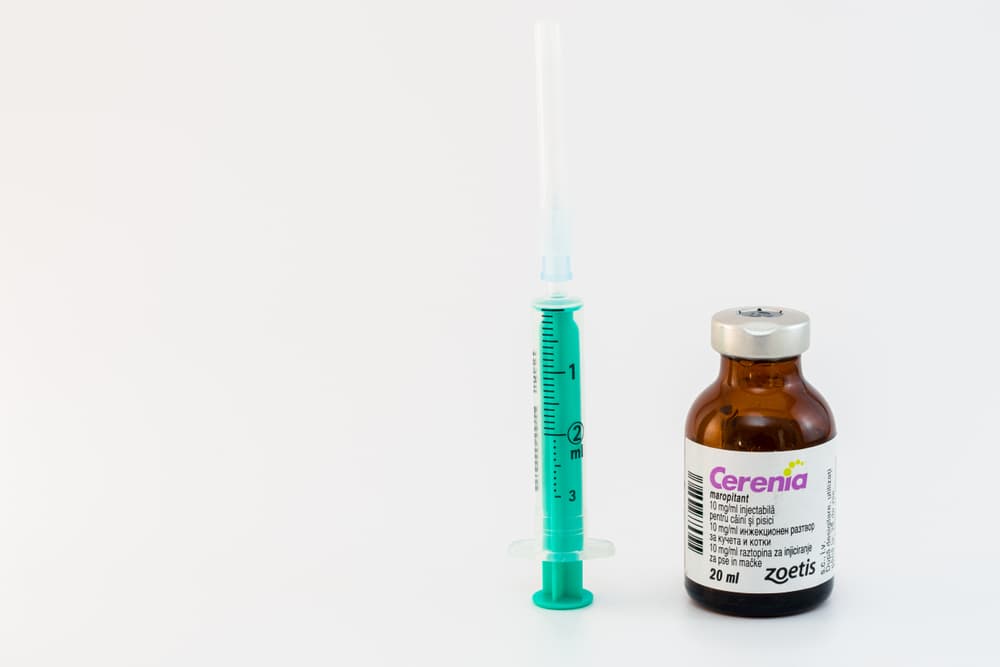 The standard dose of Cerenia for cats who are vomiting is 1 mg per pound of body weight. For example, if your cat weighs 12 pounds, the appropriate dose would be 12 mg. Depending on your cat’s condition, your cat may be prescribed less or more than this dosing.

With the injectable form, dosing can be very specific. However, if your cat receives the tablet form, your cat’s dose depends on the size of the tablet. The most common sized tablet of Cerenia used in cats is 16 mg. If your cat weighs 12 pounds, your veterinarian may prescribe 8 mg (half a tablet) or 16 mg (one whole tablet).

What if My Cat Misses a Dose of Cerenia?

If your cat misses a dose of Cerenia, he may vomit or have decreased appetite later that day since the medication stops vomiting and usually increases appetite. However, missing a dose of Cerenia will not be life threatening. If you have concerns, reach out to your veterinarian.

Cost of Cerenia for Cats

The most common sized tablet for cats, 16 mg, is approximately $5 per tablet. A box of Cerenia comes with 4 tablets, so you would expect to pay approximately $20 for a box. Depending on your cat’s size and his condition, you may spend $1.25 per dose (1/4 tablet) up to $5 per dose (1 tablet).

The injectable vial costs over $200. Because of its expense, each injection in an average-sized cat will cost at least $5 per dose, not including the syringe needed to inject it with.

Cerenia tablets should be stored at room temperature. Once the foil for an individual tablet is opened, the tablet should be used within 2 days.