In an effort to get healthy, many pet parents and their families take a strong interest in their own nutrition, trying to drink more water, balance their diets, and cut out sugar. One way to do this is to look for foods with sugar substitutes like xylitol.

However, while this is a great alternative for humans, the same is NOT true for dogs.  Xylitol ingestion and toxicity is a growing problem for dogs and one all pet parents should do their best to prevent.

Xylitol is a naturally occurring sugar alcohol in plants, and it is harvested for human use from birch trees. When it is converted into a white powder, it looks and tastes similar to traditional sugar. The original purpose of this sugar substitute was to help diabetics and reduce the need for cavity-causing sugar in chewing gum.

Items and Foods With Xylitol 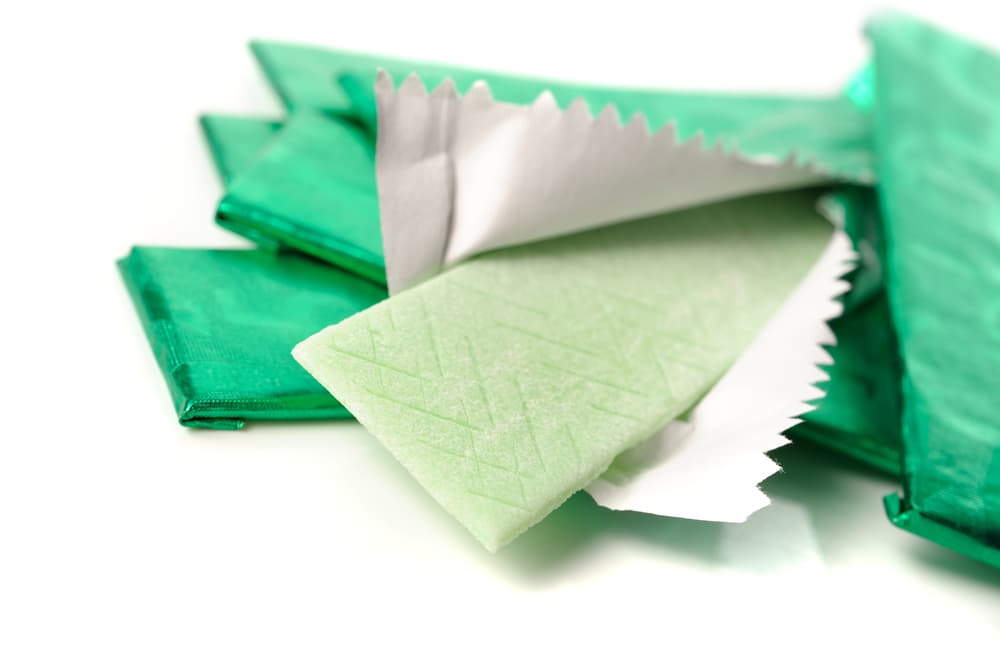 Today, there are many foods that contain xylitol, and pet parents should read labels carefully. Items containing xylitol should be kept out of reach of dogs.

Household items and foods that may contain xylitol include:

In other foods, it may not be as easy to spot xylitol, so the ASPCA Animal Poison Control Center recommends looking for the letters “xyl” or labels with the following listed ingredients:

Sugar substitutes are not normally fed to dogs, but as more and more pet parents use peanut butter as a vehicle to disguise medications, veterinarians became increasingly aware of the hazards of xylitol.

Pet parents who use peanut butter in this manner should pay extra close attention to the ingredient label and avoid feeding dogs peanut butter that contains xylitol.

What Causes Xylitol Poisoning in Dogs? 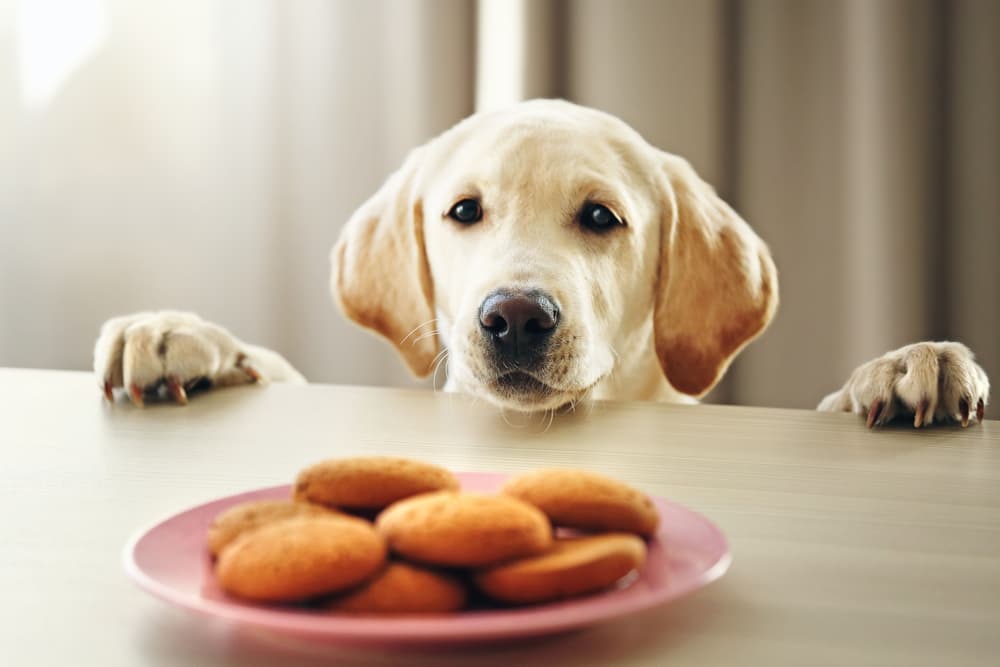 Xylitol is well tolerated in people because it does not cause insulin release from the pancreas. However, in dogs, xylitol is absorbed very quickly into the blood, causing the pancreas to sense that a dog’s blood sugar is too high. This causes insulin to release, which rapidly lowers blood sugar levels (a condition called hypoglycemia).

The toxicity is dependent on how much xylitol dogs consume. It can be challenging to determine how much xylitol is in a product and how much a dog ate. Xylitol poisoning is also much more of a concern in smaller dogs because the toxin has a greater effect on a smaller body.

Not only is it important for pet parents to know what foods contain xylitol, it’s also very important to know what signs to look for that could indicate xylitol toxicity in dogs.

Your dog may start to show weakness and gastrointestinal signs, like vomiting and diarrhea. This typically happens within 10 to 60 minutes of ingestion. 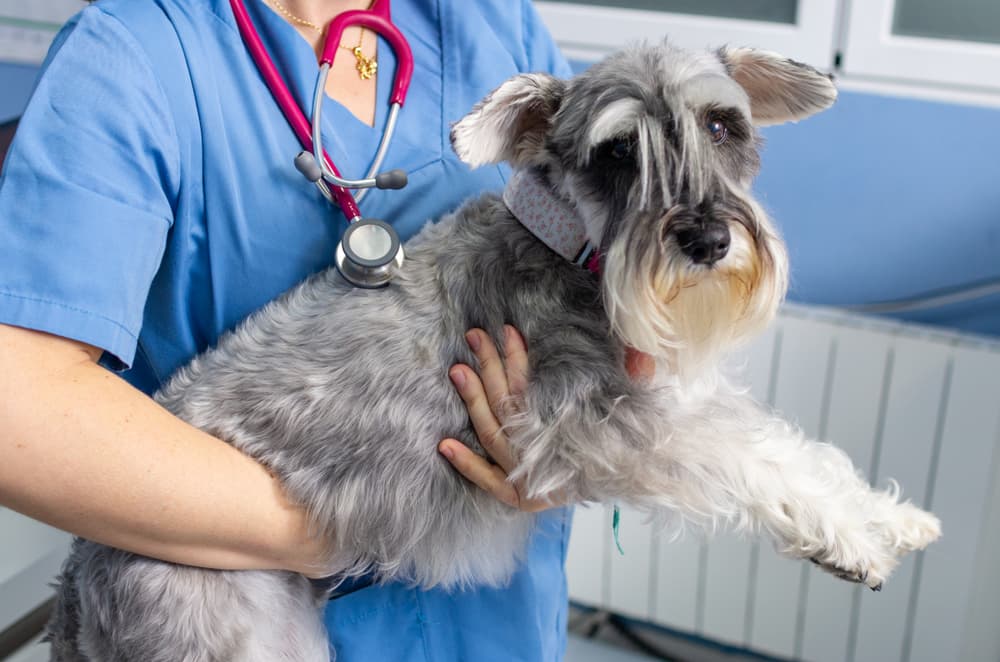 Early diagnosis and treatment for xylitol ingestion will result in the best outcomes for your dog. If you notice signs or symptoms of xylitol poisoning in dogs, bring your dog to a veterinary hospital as soon as possible.

Your veterinarian will perform a physical exam to obtain vital pieces of information like heart rate, respiration, and temperature, and also look for other key signs associated with this toxicity like yellowing to the gums, dark black stool, and bruising on the skin.

Your veterinarian will then also want to run some basic blood and urine tests to obtain more specific information to support this diagnosis and guide treatment. These tests include:

Blood glucose test: This can be checked on a few drops of blood on a glucometer (blood sugar reader that is classically used for diabetics)

Urinalysis: This test on urine looks for other signs of kidney function.

Clotting times: This blood test checks to see if your dog’s blood is clotting normally.

There may be additional tests that your veterinarian recommends (such as radiographs or ultrasounds), but most cases of xylitol poisoning are diagnosed by knowledge of a recent ingestion of a product containing xylitol and corresponding changes on blood and urine tests.

How to Treat Dogs for Xylitol Poisoning

Your dog’s treatment for xylitol poisoning will depend on how much of the sugar substitute your dog consumed. In all cases, quick treatment is key.

Your veterinarian will first attempt to induce vomiting if your dog has very recently ingested a product containing xylitol, even if her blood sugar is normal.

However, if your dog has low blood sugar, your veterinarian will place an intravenous catheter and administer a large amount of dextrose (sugar). This can be lifesaving, but only lasts minutes, so your dog will then be placed on intravenous fluids with dextrose for many hours.

During this hospitalization period, your dog will have her blood work monitored closely to look at liver values, electrolytes, and of course, blood sugar. Eventually, your veterinarian will try to stop the fluids slowly and see if your dog can maintain her own blood sugar without help. If blood-sugar levels stabilize, your dog can be discharged from the hospital.

Some dogs suffering from xylitol poisoning will have a very severe case of toxicity with liver damage. For these dogs, additional therapy is recommended to help the liver heal.

These treatments include liver protectants and antioxidants such as:

Your dog may be on these for several weeks to months following hospitalization, with frequent blood work rechecks.

As you can imagine, the costs of treatment really vary depending on the dose ingested, size of your dog, and how early your dog can be treated. These can range from a few hundred dollars to several thousand dollars in the most extreme liver-failure cases.

The prognosis for dogs with cases of low blood sugar that receive early therapy is good. However, if your dog had a heavy ingestion of xylitol that progressed to severe liver enzyme elevations and decreased clotting, prognosis is poor—even with aggressive and costly treatment.

How to Prevent Dogs from Eating Xylitol 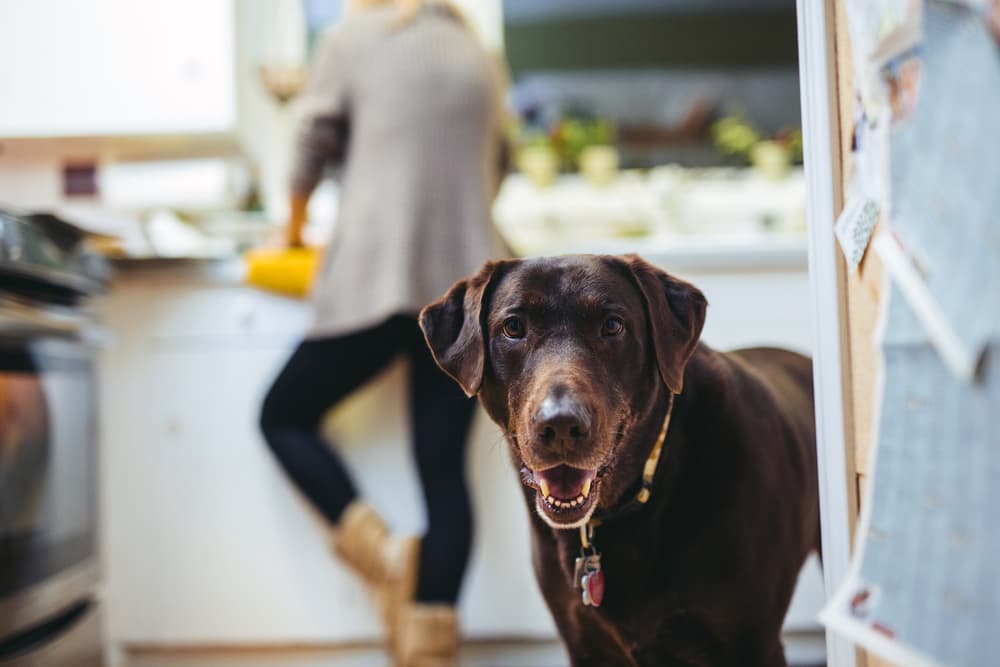 Prevention is ALWAYS the best medicine and there are a few important tips pet parents can take to avoid this potentially life-threatening toxicity:

Read labels carefully. Pay attention to ingredient labels, especially for peanut butter or other human foods that you may be using as treats or to deliver medications. The general rule for xylitol is that if it is listed in the first 3-5 ingredients of a product, it has a high risk of being poisonous to dogs.

Keep xylitol out of reach. Make sure any foods with xylitol are stored in high, inaccessible cabinets or locked securely away from your dog’s reach.

Keep a watchful eye on kids and guests. Don’t let toddlers or kids be unsupervised around your dog if they are eating foods with xylitol. You should also instruct guests not to feed your dog table scraps of any kind.

Other Artificial Sweeteners and Dogs

Xylitol is only one of the commonly used artificial sweeteners in human foods and products. While many of these ingredients are not considered as toxic as xylitol, they can still cause gastrointestinal upset and should be avoided.

Aspartame: This blue packet kept in the sugar area at restaurants can cause mild vomiting or diarrhea. It is never healthy for dogs.

Stevia: This is the green packet in the group of sugar packets. While generally safe for dogs, this natural sweetener from the stevia plant can cause diarrhea if consumed in large amounts.

Sorbitol: Sorbitol is a sugar alcohol like xylitol, but it is generally safe for dogs.  However, in large amounts it can cause itching, rashes and breathing problems.

Erythritol: Similar to Stevia, this can cause minor gastrointestinal signs if ingested in large quantities.

Dr. Natalie Marks is the medical director (and previous owner) of Blum Animal Hospital in Illinois and an active participant in the Fear Free movement. She sits on the Fear Free Executive Council and is a national educator. When she isn’t practicing veterinary medicine, or involved in speaking engagements, Dr. Marks enjoys spending family time with her three children, traveling, cooking, and outdoor activities.