Pyometra is a life-threatening infection that is relatively common in female dogs that are not spayed. In fact, approximately 25 percent of intact female dogs will develop pyometra before they reach 10 years of age (1).

One of the primary reasons that veterinarians recommend spaying dogs at an early age is to avoid the risk of pyometra.

What is Pyometra in Dogs?

Pyometra is an infection of the uterus. Pyometra comes from the Greek works for pus (“pyo”) and uterus (“metra”). Pyometra can literally be translated as “pus-filled uterus.”

Cases of pyometra are typically divided into two categories:

Closed pyometra: A closed pyometra describes a pyometra in which the dog’s cervix is closed. This is an especially dangerous condition, because the closed cervix traps the pus in the uterus and means that there is no route for the pus to escape. This can cause the uterus to rupture, causing abdominal infection and death.

While a closed pyometra is considered to be more dangerous than an open pyometra, any pyometra is a serious medical condition that requires urgent and immediate care. Any case of pyometra can be fatal if left untreated.

Symptoms of Pyometra in Dogs 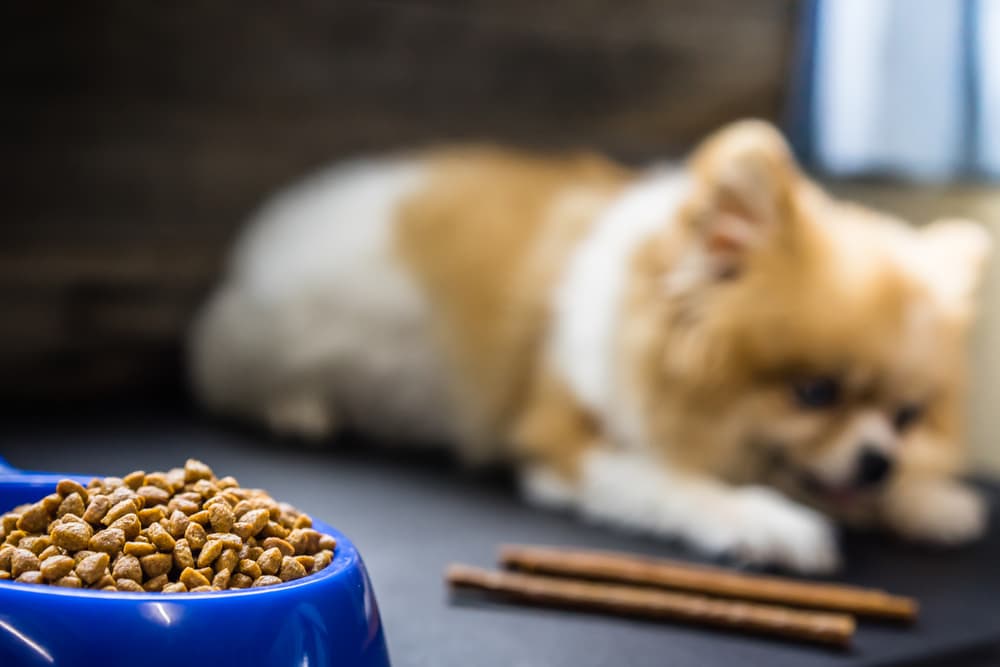 The symptoms of pyometra in dogs vary, depending on whether the dog has an open or closed pyometra.

Many symptoms of pyometra are caused by bacteria that are present in the infected uterus. These bacteria release toxins that have a number of harmful effects on the body.

Common signs of pyometra include:

If your dog develops any of these signs, you should seek veterinary care as soon as possible.

Pyometra is a condition that affects intact, or unspayed, female dogs. It is most common in dogs over seven years old, although younger dogs (including puppies) can also be affected.

Pyometra can affect any breed of dog. However, the condition may be more common in Bernese Mountain Dogs, Rottweilers, and Collies. Pyometra also appears to be slightly more common in dogs that have never been pregnant, but this trend does not hold true across all breeds.

Most cases of pyometra occur one to three months after estrus (heat). There are a number of hormonally-influenced factors that contribute to this timing:

Thickening of the uterine lining. When a dog is in heat, the lining of her uterus thickens in preparation for pregnancy. After repeated estrus cycles without pregnancy, this uterine lining becomes thicker and thicker. This thickened tissue is more susceptible to bacterial infection.

Changes in immunity. Under most circumstances, if a dog begins to develop an internal infection, white blood cells rush to that area to fight the infection. When a dog is in heat, however, this response is inhibited. White blood cells rushing to the uterus could potentially kill sperm and prevent pregnancy. Therefore, the body inhibits this response, in order to improve the likelihood of pregnancy. Unfortunately, this adaptation increases the likelihood of an infection developing during estrus. 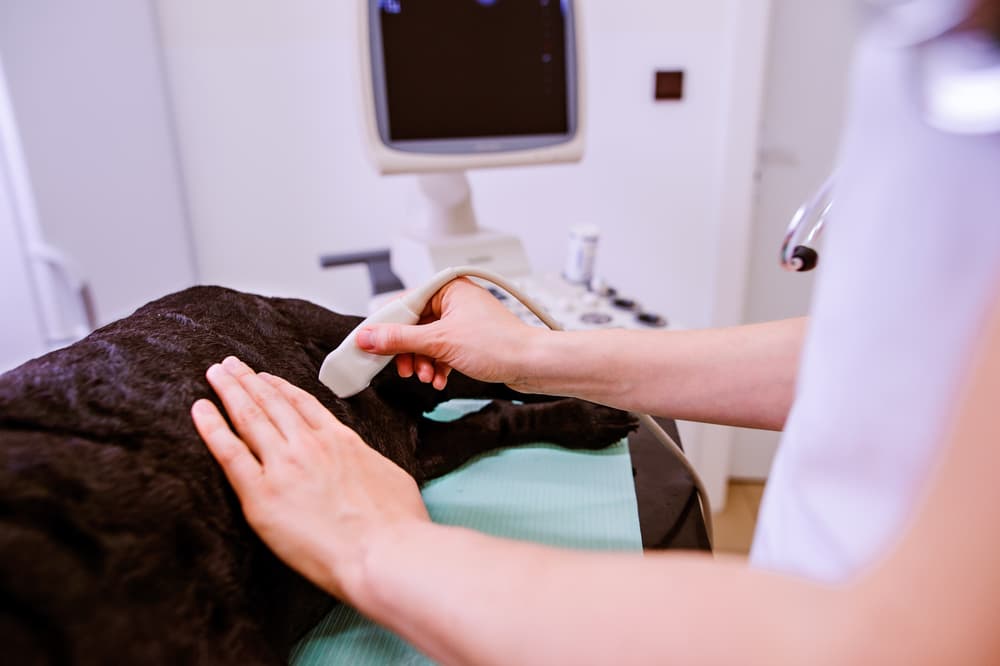 Veterinarians perform a number of tests to diagnose pyometra in dogs.

When a dog presents with signs of illness, a full bloodwork panel is often recommended. This panel includes a complete blood cell count (CBC) and serum biochemistry. A dog with pyometra will typically show an increased number of white blood cells on her CBC, consistent with severe infection. The serum biochemistry panel may show changes in kidney values, liver values, and protein levels, although these changes are not always observed.

If a pyometra is suspected, the veterinarian will next perform radiographs (X-rays) or an ultrasound. These tests allow your veterinarian to visualize your dog’s uterus.

Treatment for Pyometra in Dogs 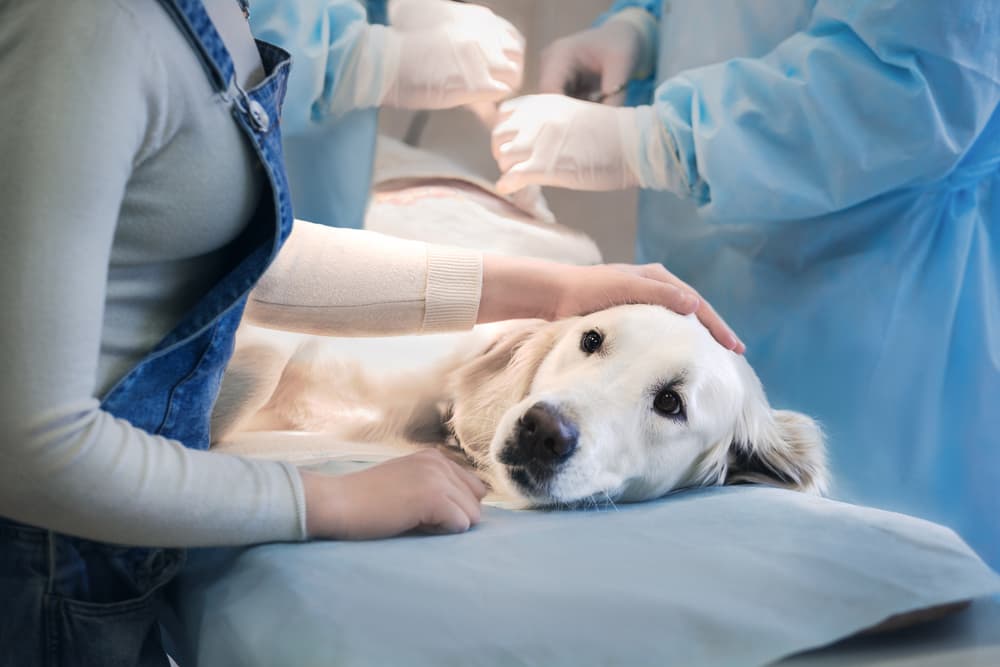 Surgery is the best treatment for pyometra, regardless of whether the dog has an open or closed pyometra. Removing the entire uterus, all the way to the level of the cervix, removes the source of infection and will prevent recurrence.

Dogs typically improve quickly with surgery, although anesthesia is not without risks and hospitalization is often required to rehydrate the dog and address infection.

In rare circumstances, such as in the case of a young breeding dog, medication therapy may be attempted. Injectable medications may be given to open the cervix and stimulate uterine contractions, with the goal of expelling the pus.

Dogs that do not receive treatment for pyometra have a poor prognosis. This condition is frequently fatal if untreated.

Surgical treatment of pyometra involves an emergency spay. While a spay is a fairly routine procedure in young puppies, this procedure is more complicated in a dog with pyometra.

Additionally, dogs receiving pyometra surgery are often critically ill, meaning that anesthesia is more challenging than it would be in a healthy patient.

After pyometra surgery, dogs may be kept hospitalized for several days. This is necessary in order to provide intravenous (IV) fluids to correct dehydration and electrolyte abnormalities. Additionally, dogs that are not keeping down oral antibiotics may need injectable antibiotics, to address bacteria that have leaked out of the uterus.

The cost associated with surgical treatment of pyometra is approximately $1,500-$3,000. The exact price will vary depending on regional price variations, your dog’s size, and how sick your dog is at the time she is presented to the veterinarian. Critically ill dogs may require longer periods of postoperative hospitalization.

The cost of medication therapy varies, depending on the dog’s size (larger dogs require higher doses of medication), how sick the dog is when presented to the veterinarian, and regional price variations. In general, you can expect to spend $500-$1,500 for the medical management of pyometra. If medication therapy is unsuccessful, surgery will be required.

Dogs that receive surgery for pyometra typically remain hospitalized for several days on IV fluids and injectable antibiotics and pain medications. When the dog is discharged from the hospital, pain meds and antibiotics are often continued on an oral basis at home.

Dogs that are treated with medical management typically receive a variety of medications, the most common bening:

There are a number of alternatives to Prostaglandin F2α (such as synthetic prostaglandins) that may also be used. In addition to treatments designed to expel pus from the uterus, dogs are also treated with antibiotics to address the bacterial infection.

How to Prevent Pyometra in Dogs 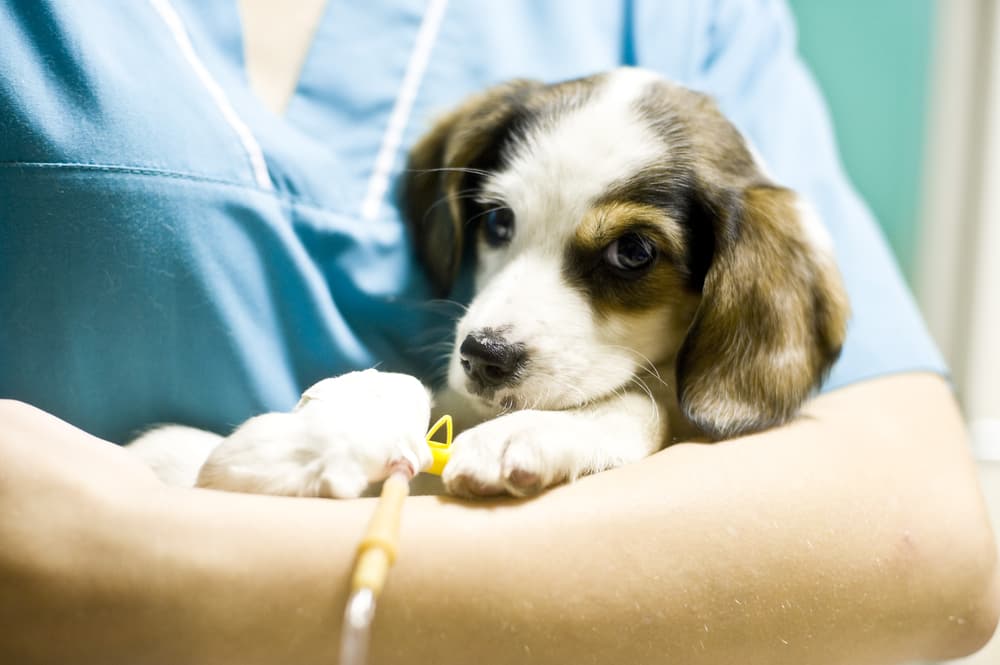 Spaying your dog is the only reliable way to prevent pyometra. For this reason, veterinarians routinely recommend that all female dogs be spayed between 4-6 months of age.