It’s nearly impossible not to fall in love with the furrows, folds, gathers, crinkles and crumples on wrinkly dog breeds like the Basset Hound, Bulldog, Pekingese, Pug and Chinese Shar-pei. Just one look at their smooch-worthy wrinkles will have you head over heels in love.

“People tend to see the wrinkly faces and are struck by how adorable the dog is,” says Gina DiNardo, executive secretary for the American Kennel Club.

Wrinkly dog breeds range in size from the pint-sized Pekingese to the massive Neapolitan Mastiff. In addition to their off-the-charts adorableness, DiNardo says that wrinkly dog breeds have something else in common.

“All of these breeds can make great family pets as long as the prospective owners take the time to learn about the breed’s personalities and requirements for training and socialization,” she says.

And the Basset Hound’s distinctive appearance gives them a superpower: Their long ears swing, pushing scents towards their noses and the folds on their faces, allowing Basset Hounds to excel at scent work.

It’s not all work and no play for these low riders, though. Basset Hounds also make great companions that are especially good with children and other dogs—just be sure to take care of those big ears.

When it comes to search and rescue efforts, Bloodhounds are the best. These dogs love following a scent and can often be found with their noses to the ground, following an invisible trail with their oversized ears swinging from side to side. These easy going dogs also enjoy the company of their people, DiNardo says.

Bloodhounds are big dogs that stand up to 27 inches tall and weigh as much as 110 pounds; their wrinkled faces are covered with loose skin. Their loyalty, playfulness and friendly dispositions make it easy to overlook their frequent baritone barking and almost non-stop drooling.

Until England banned animal blood sports, Bulldogs were used as fighting dogs in a gruesome and cruel spectator sport. Breeders who fell in love with the softer side of these barrel-chested low riders began developing Bulldogs into sweet, laidback companions.

“They are docile, loyal companions [that are] kind and courageous,” DiNardo says.

Throughout their history, which dates back to the 13th century, Bulldogs have retained their distinctive appearances with furrowed brows, wrinkled forehead, massive chops and thick skin folds around their necks and chests.

The massive Mastiff can weigh up to 150 pounds and has abundant, hanging wrinkles from head to toe, including thick folds of loose skin around their neck and throat (called a dewlap).

This wrinkly dog breed is believed to date back to 700 B.C., when it was used as a guard dog during the Roman Empire. DiNardo says that the Neapolitan Mastiff is still a prized protector that tends to be aloof with strangers but affectionate with their families—as long as you don’t mind being covered in drool.

“Pekes” might be small in size, but these little dogs have big personalities. Standing just six to nine inches tall and weighing less than 14 pounds, Pekingese were once the pampered lapdogs of Chinese nobles.

It’s hard not to fall in love with the Pekingese flat face, abundant folds of skin around their heads and long hair around their necks that looks like a lion’s mane.

Tibetan monks once kept Pugs as pets in monasteries where their good-natured personalities and adorable appearances made them favorite companions. Pugs are small, stout dogs with massive heads covered in deep wrinkles. Their large round eyes, button noses, blunt muzzles and slight underbites only add to their appeal.

“[Pugs are] mischievous little dogs that live to love and be loved,” DiNardo says.

The Chinese Shar-pei was developed in China more than 2,000 years ago, where it was used for hunting, herding and protection. In 1973, the breed was on the verge of extinction, but a devoted breeder helped the population rebound.

Today, these loyal, independent dogs are equally popular as watchdogs and protectors as family companions.

“The Shar-Pei is very loyal to its family while standoffish to strangers,” DiNardo says.

The breed has thick folds of loose skin covering their entire bodies, with the most prominent wrinkling around their heads, necks and shoulders.

Dogs with lots of rolls might be cute, but these puckered pooches require some extra TLC when it comes to grooming, according to Dr. Jim Dobies, president of UrgentVet.

The skin between a dog’s deep wrinkles is prone to a skin infection called fold dermatitis.

“Moisture gets trapped in those folds [and] makes the environment conducive to bacterial and yeast infections,” Dobies says.

Friction caused when the folds rub together can also cause inflammation and increase the risk of bacterial growth.

Wrinkly dog breeds need their folds to be cleaned two to three times per week, says Dobies. Use antimicrobial wipes and make sure the skin between the folds is completely dry to decrease the risk of infection. The skin between the wrinkles can be especially sensitive, so be gentle during the cleaning routine.

Your vet may recommend a topical antibiotic ointment to treat more severe cases of fold dermatitis.

The good news: Wrinkly dog breeds tend to have short coats that require minimal grooming, leaving you extra time to tend to their skin folds. 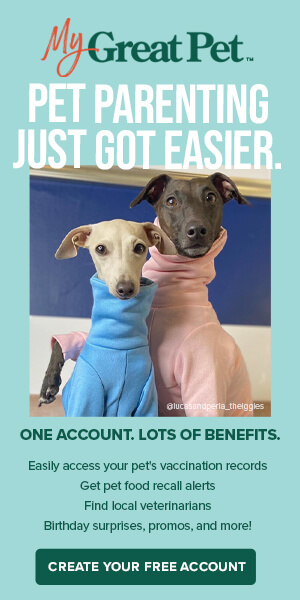 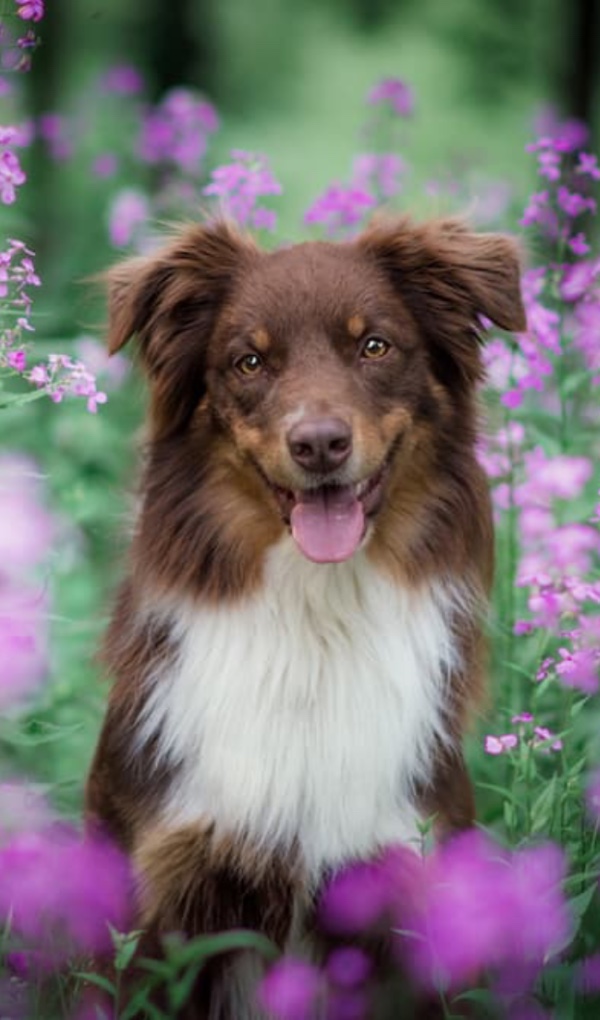 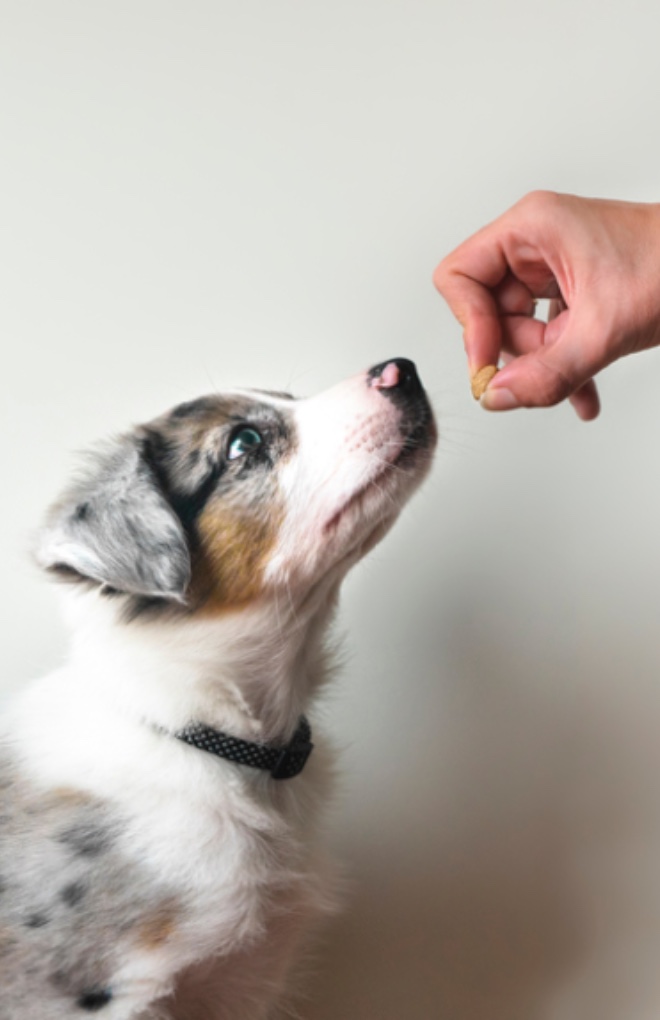 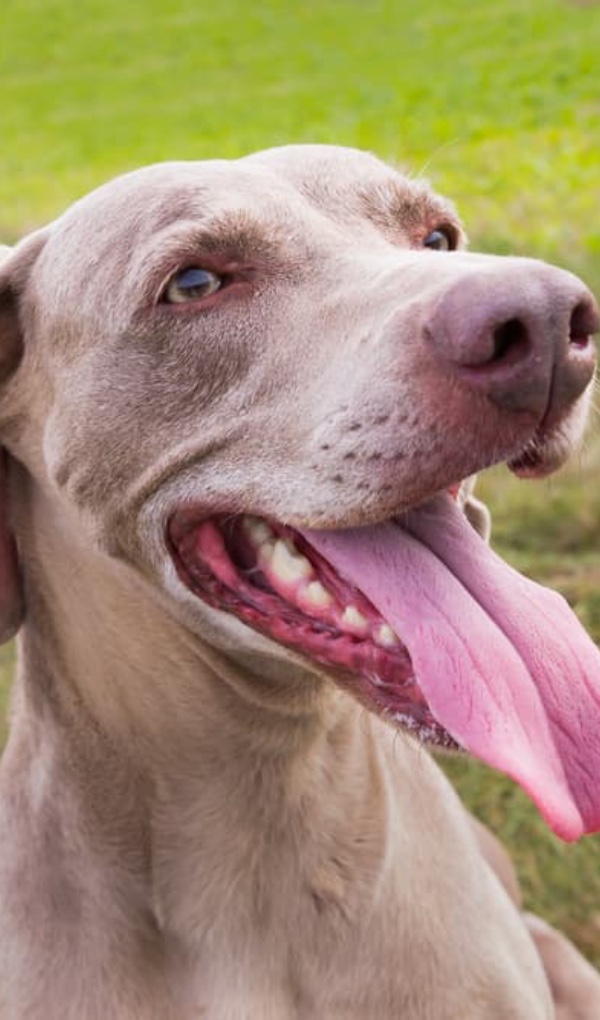