It’s no secret that dogs have a reputation for their loyalty. However, some breeds are indeed more loyal than others. Many of these loyal dogs fall into the American Kennel Club’s “Working Group” designation because they’ve traditionally held jobs like guard dogs or herding dogs. Since such dogs spend a lot of time with their people, it’s natural for them to develop a close connection with them.

“Usually, a breed’s loyalty is directly connected to the type of work they were bred to do. Hunting, guarding and general working dogs are typically more loyal than others,” says veterinarian Georgina Ushi Phillips.

While you can probably imagine a German Shepherd as a police dog or a Border Collie herding sheep, when it comes to choosing your own loyal dog, which of these most loyal breeds makes sense for your family?

Why Are Dogs So Loyal?

Have you ever wondered what makes dogs so loyal in the first place? Is it because they rely on us for food and shelter? Do they really love us?

Studies suggest that a dog’s loyal behavior towards their people is genetic. Scientists have long known that dogs are friendlier than wolves (even “tame” wolves), but research has confirmed that dogs have a different genetic makeup than wolves that predisposes them to be friendlier and more outgoing.

But does that mean dogs are loyal to their owners specifically? Or will anyone with food and a friendly gesture do? A study at Emory University found that dogs do feel affection for specific people. During the study, dogs were given brain scans as they smelled pieces of fabric, some containing their owner’s scent. Not only could the dogs identify the scent of their owners from others, they had a positive association with it, possibly signifying a genetic disposition to feel affection for their owners. Affection, devotion and an interest in pleasing their people are key traits of a loyal dog breed.

Let’s look at the 10 most loyal dog breeds and their characteristics to help you choose the right fit for your household:

The Boxer is a strong, stocky and loyal dog. With their square jaw and muscled 60-to- 70-pound body, they can look intimidating. Once bred for dog fights, their intelligence and loyalty inspired some to train them as guard dogs, police dogs and couriers. They’re a friendly and affectionate breed if well-trained and socialized.

Rottweilers were drovers in ancient times, which meant they protected cattle and other livestock. Like Boxers, “Rotties” are short-haired dogs with a stocky build, and if you’ve ever spent time with one, you know that they’re generally big softies.

The American Rottweiler Club says Rottweilers need a firm hand in training but can make terrific loyal family pets in the right hands.

Mastiffs are one of the oldest dog breeds and have a history as guard dogs in ancient times. Known as gentle giants, Mastiffs are loyal, affectionate and friendly yet protective. Did we mention they’re giant? A small Mastiff can be 100 pounds, while large ones can be over 200 pounds.

Mastiffs have adorable forehead wrinkles and tremendous droopy jowls (which create a LOT of drool). As for coloring, Mastiffs can be grey, fawn or brindle depending on their lineage. 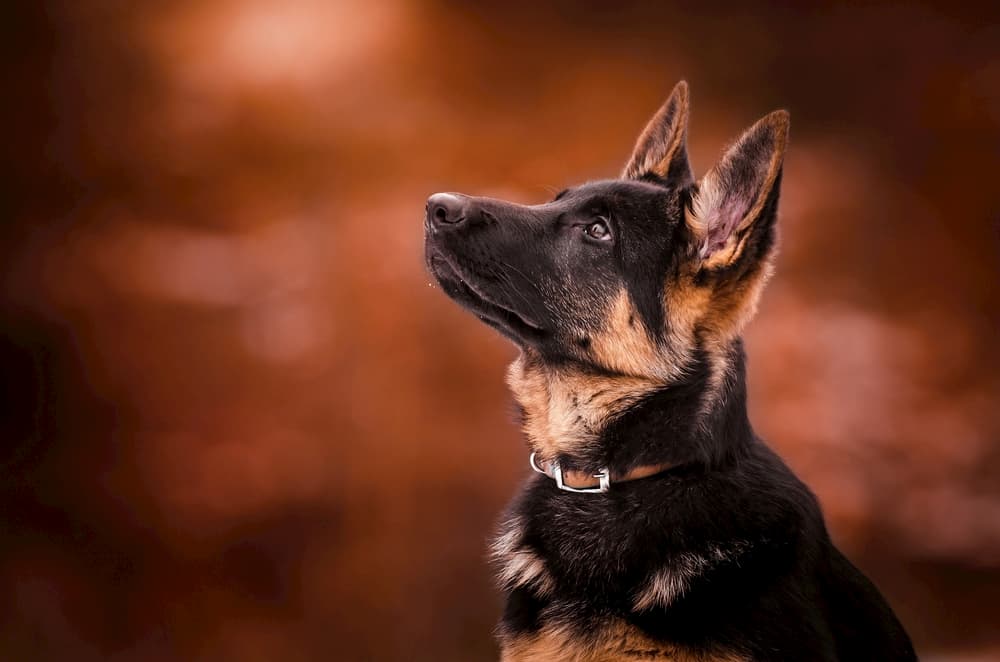 Like the Rottweiler and Boxer, the German Shepherd hails from Germany and makes an excellent service animal. From the police to the military, German Shepherds serve as search and rescue dogs, guard dogs and much more. They’re curious, intelligent, energetic and make great pets with the proper training and an active lifestyle.

German Shepherds have a double coat, pointy ears and their coloring can be all white or a combination of black, brown and white. Females can be as little as 50 pounds, while males can be up to 90 pounds.

Another ancient breed, the Great Pyrenees is named for the mountain range it hails from, which forms a natural border between France and Spain.

These dogs are kind and nurturing. They tend to be night owls because their original role was to keep livestock and shepherds safe while they slept. Their fluffy white coats keep them warm in cold climates, and their coal-black eyes might make you think of Frosty the Snowman. They’re another large breed, frequently weighing between 85 and 100 pounds.

The high-energy Border Collie is known for herding sheep – and children, cats and adults, whatever is available for herding!

Border Collies are active and need plenty of physical and mental stimulation. Border Collies come in an array of colors, from black and white to blue merle. Their eye color varies as much as their coat color – some are brown, others are blue and some have two different colored eyes. They have a double coat and usually weigh between 40 and 45 pounds.

Whether chocolate, yellow, or white, the friendly Labrador Retriever is good-natured and always up for a tail-wagging good time.

Labrador Retrievers are loyal dogs who are happy to spend time with all members of the family. Eager to please, they respond well to positive training. Their coat is medium length, with floppy ears and a long, often wagging, tail. Size wise, Labrador Retrievers range between 55 and 80 pounds.

If you’re looking for a small loyal dog, then the Chihuahua may be a good fit. This pint-sized powerhouse weighs in between 2 and 6 pounds but carries itself like a big dog. Chihuahuas have big round eyes, pointy ears and come in a range of colors.

Chihuahuas have a reputation for being one of the most loyal dog breeds, and sometimes that means keeping a close watch on one family member. Good training and socialization will help your Chihuahua be a fantastic addition to your family.

As the guard dog of Japanese royalty, the Akita is indeed a noble dog. Confident and intelligent, these dogs require an experienced trainer as they’re known for their stubbornness as much as their loyalty.

When it comes to their size, Akitas found in the United States are fairly large, between 70 and 130 pounds, with a black mask covering their triangular eyes. In Japan, however, they’re smaller and their face markings are white. 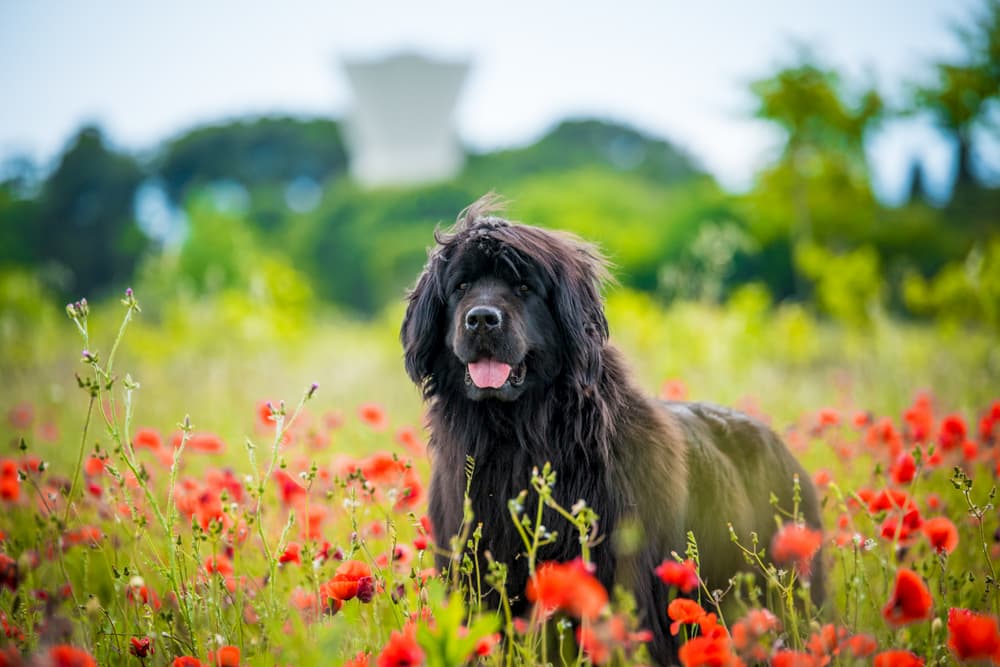 Do you remember the big shaggy dog named Nana in Peter Pan? That’s a Newfoundland. Originating in Newfoundland, Canada, Newfoundlands, also known as Newfies, have a history as water rescue dogs and loyal family protectors. Newfies are great with kids and have a gentle spirit. Their prominent jowls allow water to stream out of their sides when they swim and they have a tendency to drool quite a bit.

Most Newfoundlands are over 100 pounds, with long fur that is usually brown, black, gray, or black and white. Their heavy-lidded eyes, combined with their soft ears and jowls, give them a relaxed-looking facial expression.

Caring for a Loyal Dog Breed

When searching for the right dog breed, be sure to consider size, training needs and overall temperament in addition to their loyal nature.

Bringing a loyal dog into your family can make for a lifestyle adjustment, as most loyal dog breeds are smart and have traditionally held working roles. From service dogs to guard dogs, these dogs want a job to do.

It’s also appropriate to wonder if a dog can be too loyal. For example, perhaps they may follow you everywhere, be prone to separation anxiety or may be too protective around other people.

“Sometimes dogs can become too attached to their owners, and they need to become more independent to avoid separation anxiety or unnecessary aggression towards strangers or other animals,” says veterinarian Corinne Wigfall.

Whether you select one of the breeds on this list or pick another type of pup, every dog needs early socialization and training to build confidence, learn good behavior and strengthen the bond between you.

Jen is a confirmed marketing geek and animal lover. She started her online writing career with a dog treat website back in 2005 and learned all about pet allergies and chronic health issues. She’s written more than 2000 articles for veterinarians and pet-related websites. When not writing, she’s likely devouring a novel or dreaming of the beach.