Pet parents have long assumed that their dogs love getting hugs just as much as we humans love to give them hugs. But as hard as it might be to hear, that isn’t entirely true.

A few years ago, psychologist Stanley Coren published his informal research data on dogs and hugs. After examining 250 online photos that popped up when he searched the words “hug dog,” Coren concluded that in roughly 82 percent of the photos, the dog being hugged displayed “at least one sign of discomfort, stress, or anxiety.”

He urged pet parents to “save your hugs for your two-footed family members and lovers”—and dog behavioral experts agree. Here’s why. 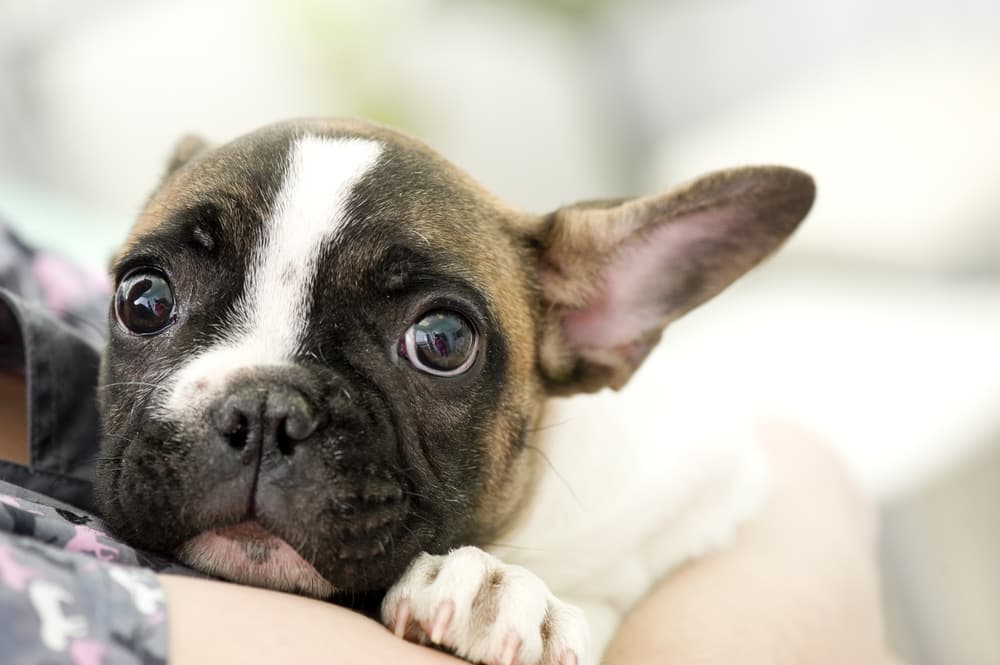 While individual dogs vary in temperament (and tolerance), in general, the answer is: no, dogs do not enjoy being hugged.

“Most dogs love being touched,” says Sylvia Koczerzuk, a certified dog trainer and dog behavior consultant, “but as far as traditional hugs the way humans hug each other? Dogs aren’t crazy about that.”

Koczerzuk notes that human-style hugs are “just not part of the canine language,” so by nature dogs are unsure or even afraid of them. To a dog, an arms-around-the-neck moment may feel more like a confrontation or rough play than affection. And the worst thing you can do, Koczerzuk says, is bend over to hug your dog while you are standing—then it can really feel like an aggressive act.

Certified dog behavior consultant Michelle Mullins says dogs’ general dislike of hugs transcends specific breeds or even individual temperament. While there are a small number of dogs who may seek out hugs from their owners, she says that even dogs who are tolerant when you approach them for a hug may not actually be enjoying the experience.

“We’re doing something that for a dog can be perceived as very confrontational,” Mullins adds. “We’re coming all the way into their space, restraining them, and maybe looking at them eye-to-eye.”

Koczerzuk explains that pet parents are often surprised—and a little bit upset to hear this. “That is how we like to show affection,” she says. “But it’s just not a natural way that dogs interact with each other.”

How to Hug a Dog 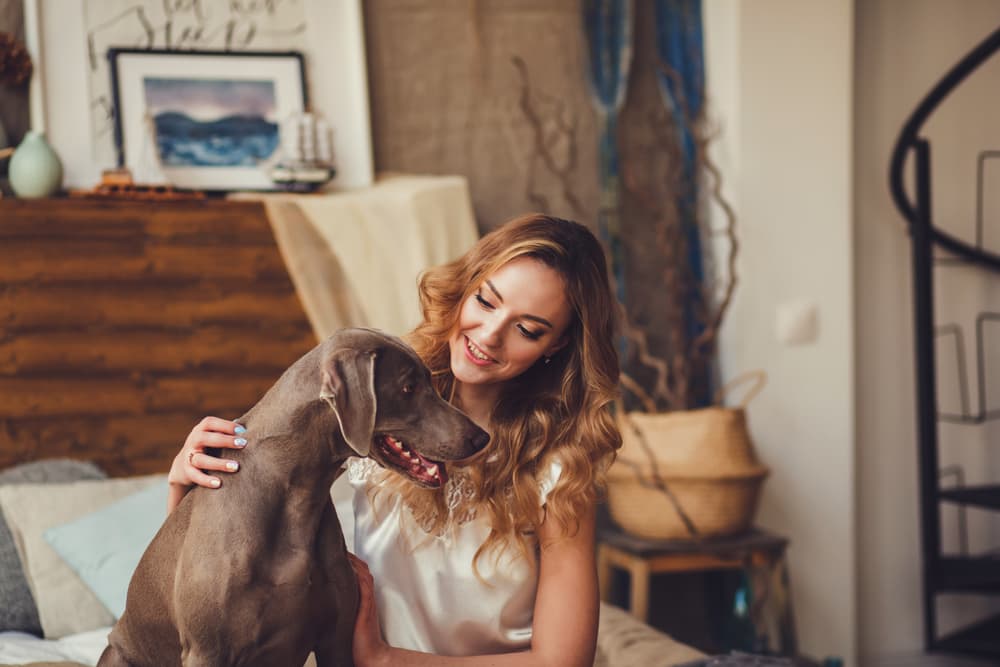 With all of that being said, there are some dogs that actually don’t mind being hugged, says Mullins—as long as you go about it the right way.

Mullins says the first thing a pet parent should do is learn to read their dog’s body language. That way, you’ll know whether or not they’re enjoying a particular interaction. Mullins strongly advises leaving young children out of the equation. They often have a much harder time reading animals’ body language and understanding limits.

Dog body language that could signal discomfort or anxiety include:

If your dog is displaying any of these signs, it’s best not to initiate a hug. Mood matters, too. “Even if a dog has liked or not liked hugs before, their mood can affect how they’re feeling in a given moment,” Mullins says.

Once you’ve got your dog’s body language down pat, and he seems relaxed, you can move on to the next step.

Step 2: Let Your Dog Come to You

Mullins’s next tip is to let your dog be the one to initiate things. If your pup comes over to you and leans in, you can try leaning back in to him. If your dog quickly leans back out, don’t proceed.

Step 3: Loosely Wrap Your Arms Around Your Dog

But if your dog seems content, you can try wrapping your arms very loosely around his body—loosely enough that he can get up and leave anytime he wants. (And again, if you notice any of the distress signs outlined above, back off immediately.)

“I always say, let the dog make the choice,” Mullins notes. “That way you know they’re comfortable with the interaction.”

In addition to feeling like a confrontation may be starting, a dog’s temperament and history may also dictate whether or not he likes to be hugged.

A dog who had to tolerate excessive hugging while young and didn’t enjoy it is “probably going to get less tolerant of hugging or completely shut down” when it arises later in life, Mullins says.

Past abuse or neglect may also contribute to a dog’s distaste for hugs, and early socialization can play a role too, according to Mullins. But most of all, she says, it’s about a dog’s individual personality and preferences.

Stay alert for your dog’s subtle body language cues, outlined above. Miss those cues, Mullins notes, and you risk your dog escalating things in an attempt to squash the situation.

Other Ways to Show Dogs Affection 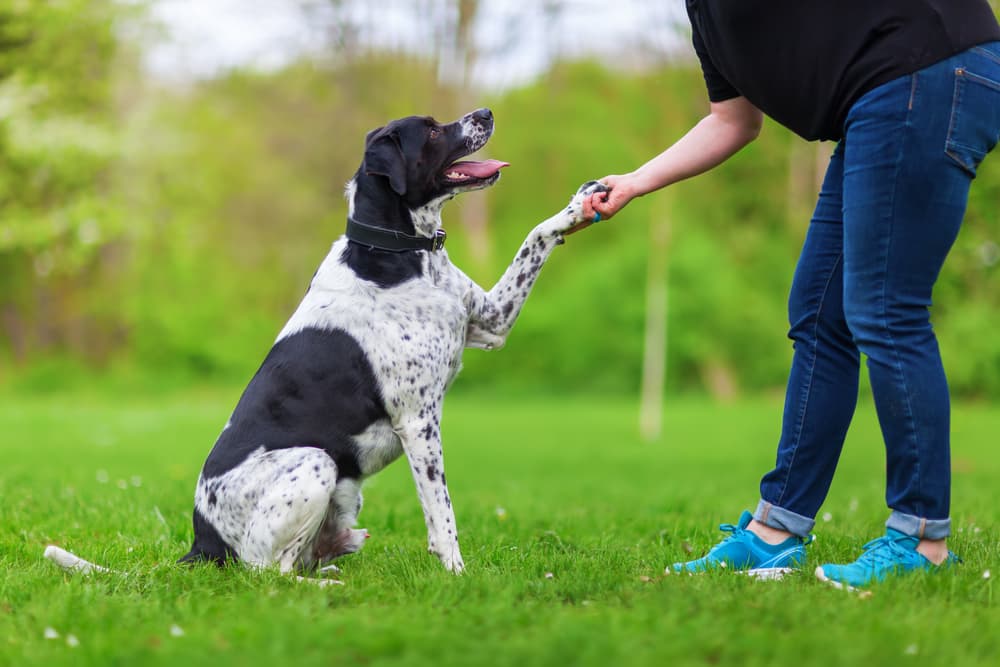 It’s not that dogs don’t like being touched. Koczerzuk suggests that pet parents show their love through shoulder and chest touches rather than hugs or head pets—“another type of touch that dogs are not typically comfortable with,” she says.

Koczerzuk says gentle massage is also “one of the greatest ways to introduce touch” with your pup. The most important thing is to make sure that you’re showing physical affection in a way that makes your individual dog feel happy and loved.

Both Koczerzuk and Mullins also recommend training with positive reinforcement as one of the most affectionate things you can do for your dog. “You are communicating to them in a really positive way and they love it,” Koczerzuk adds. “You build trust that way as well.”