Is there a more memorable mental image associated with cat ownership than a kitty drinking from a saucer of milk? The idea that cats must drink milk has been a part of pet-parent lore for decades. But just because it’s part of our collective consciousness doesn’t mean that it’s true.

Milk isn’t necessarily the best method of hydration for your feline friend, and some cats can’t drink it at all.

So, can you give your cat milk? More importantly, should you? Let’s do a deeper dive.

Can You Give Milk to Cats?

Let’s cut right to the chase—you can give cats milk, but pet parents should take care and do so in moderation.

“You can give milk to some cats in small quantities,” says Dr. Sarah Wallace, a veterinarian based in the Washington, D.C.-area.“It should comprise less than 10 percent of your cat’s daily food intake. If you give them more than that 10 percent, then you may throw off their diet.”

This advice is based your cat getting all the nutrition they need from their food. Because more isn’t necessarily better. For instance, an excess intake of calcium from milk can cause a deficiency in phosphorus. So, you don’t want to let your cat drink milk often, and no more than 10 percent of their daily calories at any one time, to make sure their diet remains balanced.

Dr. Jon Rappaport, co-medical director of the Advanced Veterinary Care Center in Davie, Florida, concurs, adding that milk is not a nutritionally balanced food. “Providing a large portion of the cat’s caloric intake in the form of milk may dilute out essential nutrients,” he says.

Some cats digest milk better than others. Rappaport explains that giving milk to a cat who cannot digest it may have some adverse effects, including vomiting, diarrhea, gassy bowels, abdominal discomfort and cramping, and flatulence.

While many cats can handle a little bit of milk, that doesn’t mean it’s easily digested—or even digested at all.

“Most adult cats are lactose intolerant, meaning they do not have the digestive enzyme—lactase—needed to digest the sugar in milk—lactose,” says Rappaport. “The sugar then remains in the digestive tract and can contribute to fermentation, which can cause problems.”

Those problems, says Wallace, include pulling extra liquid into the digestive tract, which can cause diarrhea.

“That happens in some cats more readily than others,” she notes. “In turn, diarrhea can cause dehydration and decreased absorption of vitamins and minerals.”

Kittens are better equipped to digest milk than adult cats, as they have more lactase in their systems. However, the enzyme disappears quickly as they get older. According to a 2019 study, most cats cease producing lactase entirely by the time they’re 12 months old (1). This means the vast majority of cats can only tolerate a very small amount of lactose before they get symptoms.

When Is Milk Okay for Cats?

If your cat can drink milk without adverse effects, it’s fine to give your feline some milk as a treat.

“I’m generally a supporter of feeding our pets pet food and ourselves people food. I tend not to mix the two,” Rappaport notes. “With that said, feeding very small amounts of milk or milk alternatives to cats that have no adverse gastrointestinal effects is not expected to pose a great problem. Everything in moderation.”

Beyond appealing to cats as a treat, milk can also have therapeutic benefits. “A low-fat milk can serve as a source of hydration for cats who have a hard time seeing water in their bowl and don’t drink that much to begin with,” adds Wallace. “I’ve also heard of doctors using it to entice cats with health issues to eat more.” Remember, though, that there are cat-safe milks out there without lactose, and these are likely better for your cat.

Some veterinarians might also recommend milk in small quantities for cats dealing with constipation.

“The lactose in milk pulls water into the intestines and can help move things along,” says Wallace. “You don’t want to give them diarrhea, but if you can find the right balance, it can work really well and you don’t have to give the cat any medications.”

However, it’s important to remember that there are lots of causes of constipation in cats. Before giving your cat milk at home, make sure to speak to your veterinarian to determine the root cause.

What About Non-Dairy Milk for Cats? 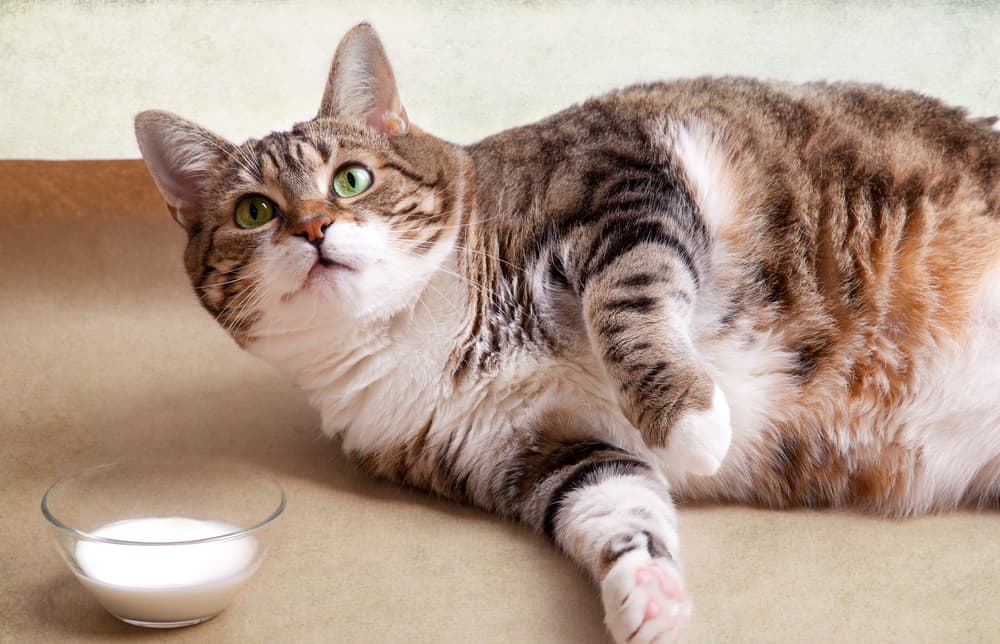 There are many non-dairy milks out there for humans including oat milk, almond milk, coconut milk, cashew milk, and soy milk. But are these non-dairy milk products safe for cats?

According to Wallace and Rappaport, the answer is, mostly, yes.

“These products don’t contain lactose, and therefore there is not a lactose intolerance issue,” Rappaport says. “However, they might have artificial sweeteners, added sugars, artificial flavor additives, and/or preservatives, which may not be beneficial to your pets.”

Wallace agrees that additives in non-dairy milk products are what pet parents should avoid and watch for on labels. “As long as you’re offering milks without a lot of additives, I think they should be ok,” she says. “However, I would caution that every cat is different, and while one cat may not be sensitive to almond milk, another could be. There is a lot of variation from individual to individual.”

Some of the milks, in particular those made from nuts, can be high in fats. Eating nuts has been known to cause pancreatitis in dogs—so it’s worth being cautious in cats.

Reasons Not to Give Your Cat Milk 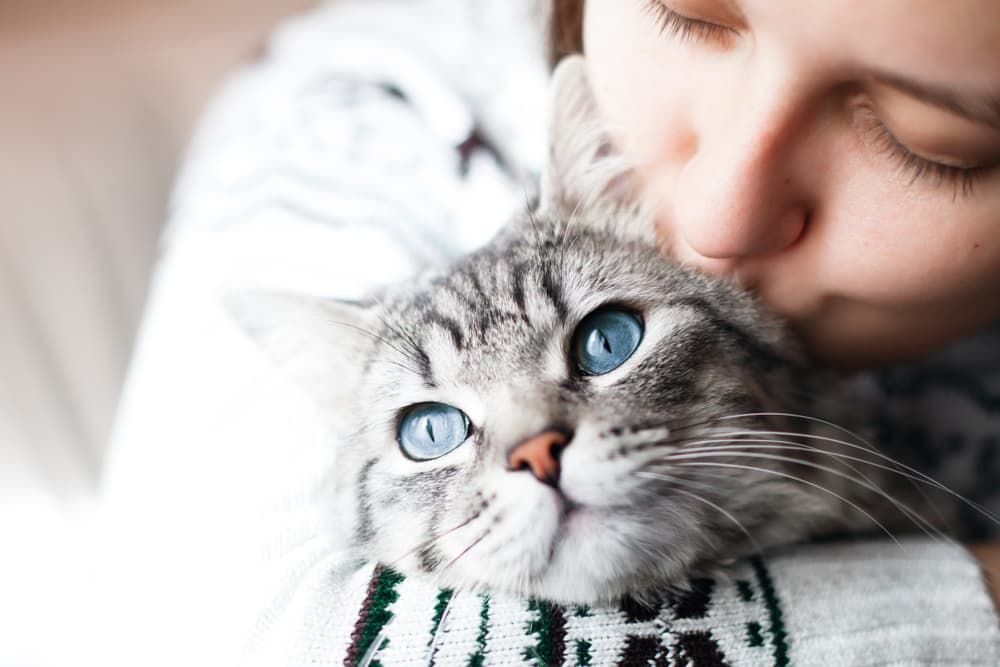 Beyond the aforementioned adverse effects, there are a few reasons you should limit your cat’s milk intake. First, milk has a lot of fat, which Rappaport cautions can cause cats to gain weight.

“Products such as 2 percent and whole milk contain higher amounts of fat, which can lead to weight gain, and many of our feline friends are overweight to begin with,” he says.

Milk also contains sugar. “Sugar is bad for cats’ health just like it’s bad for ours,” Wallace says. In fact, cats are very prone to diabetes when overweight or on a high-sugar diet, so it’s best to take care.

Milk with sugar substitutes, like xylitol, can also produce adverse reactions in cats. “Although cats may not experience the same toxic effect to xylitol that dogs do, that doesn’t mean I would advocate giving xylitol or any product with added sugar to cats,” Wallace adds.