Warbles are known by many names: botfly, Cuterebra, and even wolf worm. Regardless of what you know them as, warbles are disgusting parasites that cause a lot of pain and infection in our cats. They’re relatively common and need treatment right away if you find your cat is infected.

Read below to understand what to look for, where they come from and what needs to be done to treat these parasites.

What is a Warble? 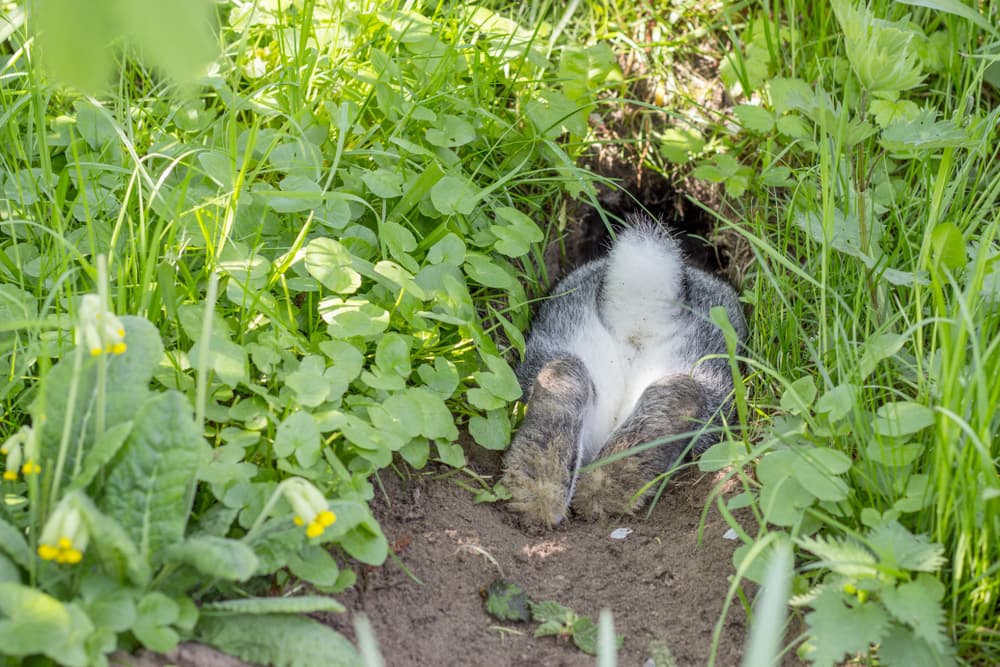 Warbles are a parasite that feeds on rabbits and rodents, such as rats. Their genus name is Cuterebra, which includes a variety of species. Technically, warbles are immature versions of the adult rodent bot fly called larvae.

Adult flies lay eggs at the entrance to burrows of rabbits and rodents. The eggs hatch when they sense body heat releasing very small worm-like larvae, and when a rabbit or rodent passes over them they stick in the fur. The larvae then crawl into any hole they can find–a wound, the nose, or even the eye. Warbles get into the tissues just below the skin and begin to grow, feeding on the rabbit’s tissues

After approximately 4 weeks, the warble becomes visible under the skin as an inflamed lump with a hole in the top for the warble to breathe from. Eventually, when the warble is big enough, it exits the rabbit and falls to the ground to finish turning into an adult fly. At this point, the warble is typically an inch long, 0.5 inch wide, and is gray-brown in color covered in small black spines.

What Causes Warbles in Cats? 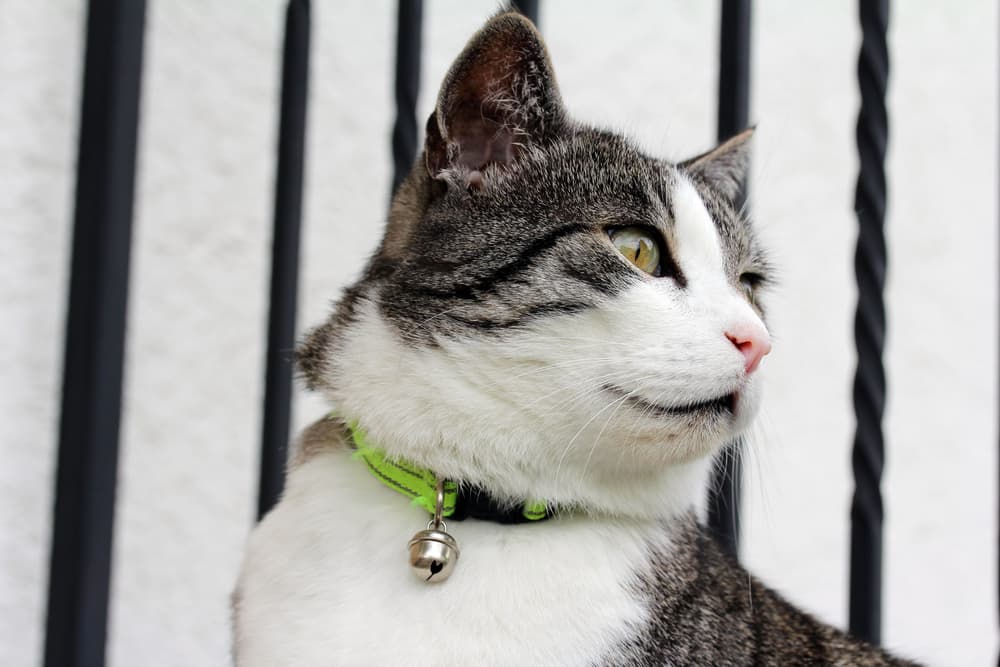 Warbles affect cats when our felines spend time outdoors, exploring rabbit or rodent burrows. The larvae stick to the cat’s fur instead of a rabbit’s or rodent’s and follow the same life cycle. Any cat can get warbles at any age.

The most common place to find warbles on cats is just under the skin on the head or neck. However, they may migrate elsewhere in your cat causing more severe issues. Warbles can be found in the nose, inside of the eye, inside the throat, or even in the brain.

Are Warbles in Cats Contagious?

Warbles aren’t contagious between felines, but cats that spend time outdoors around areas where rabbits and rodents burrow are susceptible to warbles. The larvae may stick to a cat’s fur and then crawl into a cat’s nose, a wound, or into a cat’s eye. 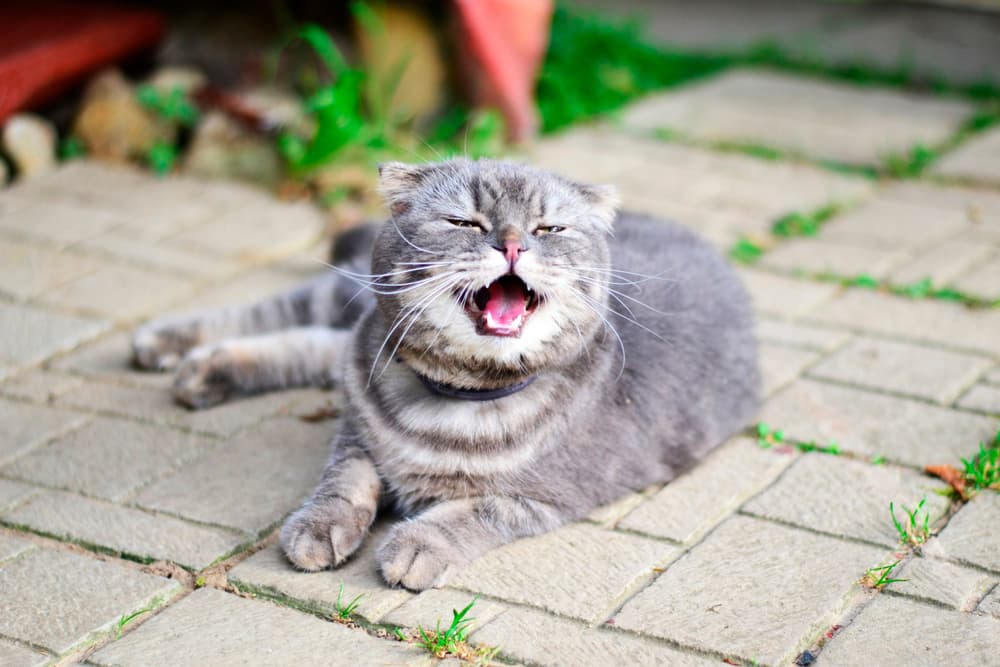 Most of the time, the warble is found just under a cat’s skin and causes the following symptoms:

If the warble makes its way into your cat’s nose:

If the warble makes its way into your cat’s eye:

If the warble makes its way into your cat’s brain and/or spinal cord:

Diagnosing This Parasite in Cats 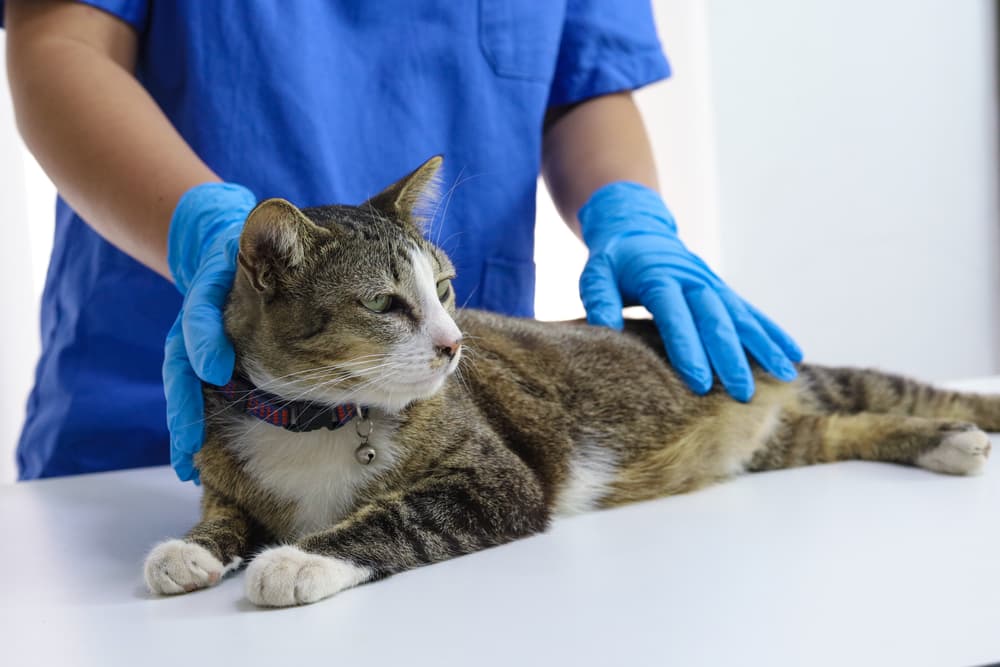 Most of the time, a physical examination is all that is needed to diagnose warbles. Veterinarians will often notice a swelling with a visible worm inside of it and no special testing is required. However, sometimes the warble is hidden inside the cat and your veterinarian cannot see the worm. If this is the case, special testing may be needed to find the worm.

For example, if the worm is far into your cat’s nose, rhinoscopy–or a very small camera passed into the mouth and nose–would be necessary. If the warbles went into your cat’s brain, a CT scan or MRI would be necessary. These tests very carefully scan the brain and spinal cord of your cat while she is under anesthesia (unconscious). These special tests would be conducted at specialty veterinary clinics, and not performed at your routine veterinary clinic.

How to Treat Warbles in Cats 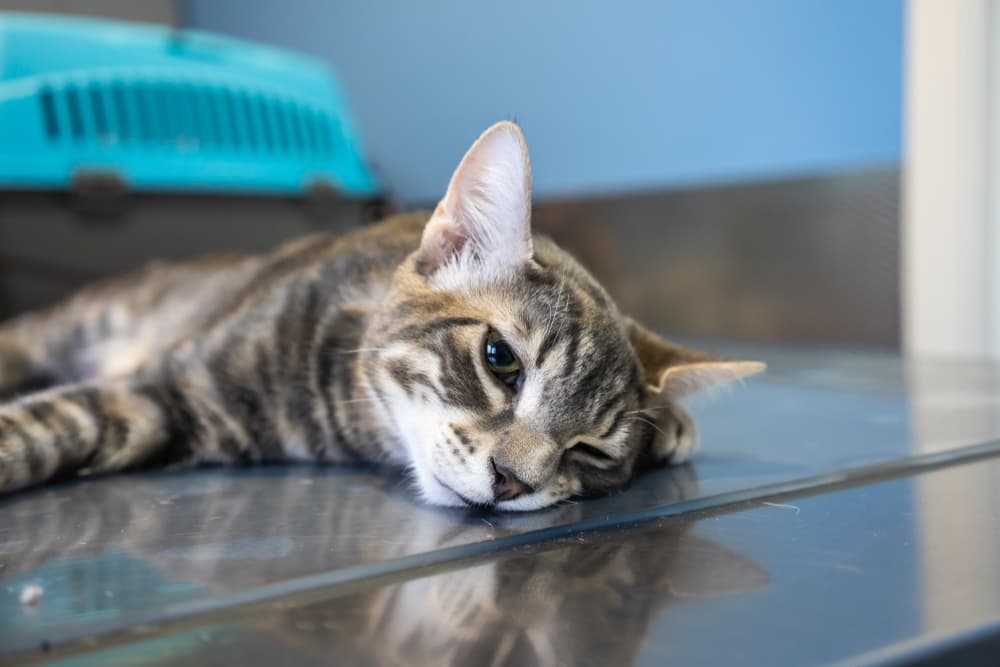 The first step of treatment is always removal of the warble, unless the worm is inside your cat’s brain. Removal will require pain medication and sedation depending on where the worm is located.

A veterinarian is required to remove the worm, as an incision will be made to provide enough space to carefully extract the worm intact. If the worm is broken or cut into pieces during removal, your cat’s body reacts very strongly and could set up a severe prolonged infection or anaphylactic shock. This is a serious medical condition where the whole body of your cat has an allergic reaction.

Medications to Treat Warbles in Cats

Antibiotics are typically prescribed to cats after removal of the warble to treat secondary bacterial infections caused by the trauma of the warble living inside your cat. If the warble is inside your cat’s eye, the warble will be removed and your veterinarian will prescribe extended treatment of the eye with antibiotic drops and steroids, either by mouth or drops in the eye.

If your cat has warbles in the brain, ivermectin is a medication given that will kill the worm and your veterinarian will give the injection. However, when the worm dies, it will cause a lot of inflammation in the brain as well as anaphylaxis (allergic reaction). Because of this, cats will likely receive diphenhydramine (an antihistamine to prevent allergic reaction) and steroids. Steroids may include prednisolone and dexamethasone. These medications are given by mouth.

General Cost to Get Rid of Warbles

The vast majority of the time, the surgery to remove warbles is minor if it is located just below the skin. The cost can range from $200-$600 depending on location of the warble and medications needed.

If the warble is inside your cat’s eye, your cat will need advanced surgery, long-term medications and many rechecks which can range from $1,000 to $3,000.

If the warble is inside the brain, your cat will need intensive care and the price varies widely depending on how ill your cat is. If she is hospitalized, an MRI is done to diagnose the disease, she is given medications and treated for allergic reaction. The cost for this treatment could range from $2,000 to $5,000.

How to Prevent Warbles in Cats 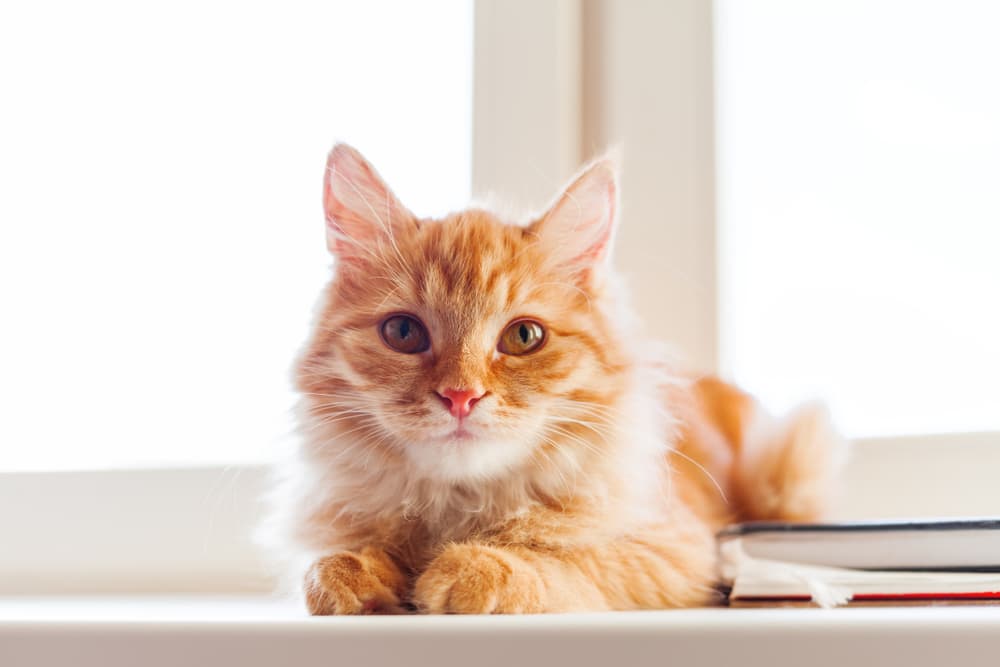 The only way to prevent warbles in cats is to keep your cat from investigating rabbit or rodent burrows. If she roams freely outside, you are unlikely to stop her from poking into burrows.

So the only prevention method is keeping your cat indoors, or allowing her supervised outdoor time in an enclosed area where there are no burrows or through leash walking activities.