Ever since it became a recognized cat breed in the 1960s, the Ragdoll cat has achieved an impressive level of popularity. With striking blue eyes, a long fluffy tail, and soft-as-silk coat, there’s no denying its beauty.

But the Ragdoll is more than just a pretty face. Its personality traits—which breed enthusiasts describe as gentle, playful, and affectionate—have rightfully earned it the nickname of “puppy cat.”

Before making a lifetime commitment to a Ragdoll or any cat, we recommend arming yourself with solid information. To help you get started, we’ve compiled a guide that includes most everything you need to know about this fascinating cat breed.

Unlike the Siamese, Maine Coon, and other breeds with extensive histories, the Ragdoll is a relative newcomer to the cat scene. Details of its history are a bit murky, but the general consensus is that it began in the early 1960s with a California breeder named Ann Baker.

One popular school of thought is that Baker bred males—including a Birman—from her breeding program with Josephine, a white Angora that would roam the neighborhood. She and her immediate descendants (Daddy Warbucks, Fugianna, and Buckwheat) are considered the foundation of the Ragdoll breed.

Other breeders who had started to work with Baker as franchisees eventually distanced themselves. Breed historians credit two of these breeders, Denny and Laura Dayton, with standardizing the Ragdoll and putting it in the public eye.

Prominent cat registries that have officially recognized the Ragdoll include The International Cat Association in 1979; The Federation Internationale Feline in 1991; and The Cat Fanciers Association (CFA) in 2000.

“The points can be solid colors, tortie (black and red), lynx (tabby) or lynx tortie,” says Lana Fraley Rich, a feline behaviorist and owner of Catsultant.

The result is at least 20 Ragdoll cat color combinations. Here are just a few of them.

Weighing between 10 to 20 pounds and standing up to 13 inches tall, the Ragdoll is one of the biggest cat breeds. While males are typically larger and taller than females, both are muscular, sturdy, and big-boned.

The luxurious coat makes them look even larger than they are. It’s medium-long, which Rich says is a bit longer in the front, creating a distinct ruff, similar to a lion’s mane. “On the hind legs, there are britches, which look like knickers.” The coat is not only visually stunning, but super soft to the touch, too.

Other distinctive Ragdoll features are the long, fluffy tail, and on the opposite end are a striking set of peepers. “Their large, round, wide-set, sapphire blue eyes are extremely attractive,” says Rich.

Ragdolls mature more slowly than other long-haired breeds and are not considered full-grown until they’re 3 or 4 years old, says Rich.

With a reputation as a gentle, affectionate, playful, and easy-to-train breed, it’s easy to see why the Ragdoll has earned the nickname of “puppy cat.” No cat is crazy about being picked up, but Ragdolls seem to tolerate it a bit better than other breeds, says Rich. ”It is great to be able to pick up these cats (gently) and they appear to be comfortable enough to even go limp in our arms.”

Ragdolls do well in a variety of home settings and they’re generally good with kids and other pets from the same household. Creating a synergistic environment will require some effort on your part, however. “Cats can learn to be comfortable with children and pets through early positive and non fear-provoking exposure (positive socialization) when they are young, and ongoing positive interactions throughout their lives,” says Valli Parthasarathy, a board-certified veterinary behaviorist with Synergy Behavior Solutions in Portland, Oregon.

Ragdolls are lovers, not fighters. While this is a nice trait in a companion animal, it also means they have more difficulty protecting themselves from predators. “So they should be indoor-only cats,” recommends Rich.

This is a general description, and personality traits can vary, especially if you plan to adopt an adult Ragdoll cat. “From a rescue perspective, their personalities can be all over the board,” says Kirsten Kranz, director of Midwest-based Specialty Purebred Cat Rescue. “Yes, some can be easy going and floppy, but others can be energetic and moody. It is highly variable.”

Like other breeds, Ragdoll cats require the basics—a complete and balanced diet, the need for activity and enrichment, and places in the home to feel safe. There are some breed-specific things you can do, however, to help your Ragdoll thrive.

All cats need meat to survive and thrive. “The best diet for our feline friends is a high-protein, high-fat, and low carbohydrate diet,” says Rich. Additionally, she recommends avoiding foods with by-products, wheat, corn, or soy.

Most veterinarians recommend feeding a complete and balanced diet appropriate to the cat’s age. To be sure a food is complete and balanced, look for a nutritional adequacy statement on the label from the Association of American Feed Control Officials (AAFCO) that the food meets or exceeds nutritional requirements and has been balanced for optimal benefit. Ask your veterinarian about the best diet for your cat’s individual needs.

Should you feed your Ragdoll wet or dry food? A wet diet can reduce shedding by up to 50 percent, says Rich. “Cats need lots of moisture since they lose as much moisture each day grooming themselves as they lose through urination.” She says wet food can also cut down on—and even eliminate—hairballs, and help prevent obesity because of its lower calorie count.

Though activity levels vary with each individual cat, Ragdolls tend to be lower key. Play should be tailored to your cat’s needs, says Parthasarathy.

“For example, some cats like to chase toys that move through the air and others like to chase ones that move along the ground,” she says. “Giving all cats the opportunity to play in ways that stimulate their predatory instincts is important, giving them the chance to chase, stalk, and grab or pounce on prey.”

Ragdolls do shed, but not as much as other long-haired breeds, says Rich. “Ragdoll cats have soft and plush coats which need to be brushed and combed at least two to three times per week to avoid matting and excess shedding. Bathing is not required very often if the diet is high quality and combing is consistent.”

A note if you’re allergic to cats. Ragdolls are not hypoallergenic (no cat is), but they don’t have an undercoat, which might lessen some of the allergens.

Ragdoll cats are susceptible to certain health problems due to their genetics. Below are a few of the common issues that Ragdoll cats may face.

Hypertrophic cardiomyopathy (HCM): It’s the most common heart disease in all cats, but is more prevalent in certain breeds, including the Ragdoll. HCM causes the heart’s muscles to thicken, which decreases its efficiency and can possibly lead to heart failure. When symptoms do occur (most cats don’t show any) they may include weight loss, labored breathing, and lack of energy.

Fortunately, the HCM Ragdoll test can identify the gene mutation associated with this disease. Ask your veterinarian about this important test for your Ragdoll.

Polycystic kidney disease. This is a genetic condition that causes cysts to form on the kidneys. These cysts—which grow larger with time—can ultimately result in kidney failure. Signs may include loss of appetite, weight loss, nausea, vomiting, and increased thirst and urination.

Dental issues. Many Ragdoll cats have bad teeth, says Kranz. One common form of dental disease in all breeds is gingivitis (gum inflammation), and can result in symptoms like pain, discomfort, and weight loss, and is even linked to kidney and heart disease. “So it is important that yearly vet exams and regular dentals are followed,” recommends Kranz.

Mammary cancer. A study of 50,000 cats listed in the Swiss Feline Cancer Registry from 1965-2008 found over 18,000 tumors recorded, says Dr. Kate Vickery, assistant professor of clinical oncology, Flint Animal Cancer Center at Colorado State University in Fort Collins. Certain breeds are at higher risks for certain cancers when compared with European Shorthairs. One of these, Vickery says, is the Ragdoll, who has a higher risk of developing mammary cancer.

To help reduce your Ragdoll’s risk of cancer, Vickery recommends annual veterinary exams, monitoring for lumps and bumps, and keeping a close eye on your cat’s weight and eating habits.

The Ragdoll is named for its tendency to go limp when being picked up.

Ragdoll popularity exploded when Martha Stewart started promoting her own cats in the 1990s, says Kranz.

The Ragdoll is sometimes referred to as a “puppy cat” because of its reputation as a gentle, loving, and affectionate breed.

They have incredibly soft coats. In fact, “Their coats tend to be silkier than Persians or Himalayans,” says Kranz.

Finding a purebred Ragdoll cat in a shelter can be tough. They’re rarely surrendered unless they have behavior problems, says Rich.

Although we had difficulty locating Ragdoll-specific shelters, there are still some solid options if you have your heart set on one of these beauties.

Purebred cat rescues. One is Specialty Purebred Cat Rescue, the foster network led by Kranz. “We see them fairly commonly as a specialty rescue.” You might also have some luck with all-breed cat rescues.

Ragdoll breeders. Not all are equal. Here are a few things to keep in mind if you decide to work with a breeder.

If you’re considering welcoming a Ragdoll cat into your life, you should have as much information as possible about this specific breed. Here, we answer some of the most frequently asked questions about Ragdolls.

No, Ragdoll cats are not hypoallergenic. Like all cats, they shed and have dander. They don’t have an undercoat however, which may lessen allergens.

Yes, this breed does shed but not as much as other long-haired breeds.

How Big Do Ragdolls Cats Get?

As one of the largest cat breeds, Ragdolls typically weigh between 10 and 20 pounds. Ragdoll cat size can be higher, especially with obesity on the rise.

It depends on how you define intelligence, but Ragdoll cats are generally considered smart and easy to train.

With their big blue eyes, long, fluffy coats, and expressive faces, Ragdolls are a joy to look at and interact with. Browse through our pictures of Ragdoll cats to see the personality of this breed shine through.

Cats are known for being enigmas. But even by feline standards, hairless cat breeds carry a certain mystique. Sleek, slinky, and noticeably naked, the... 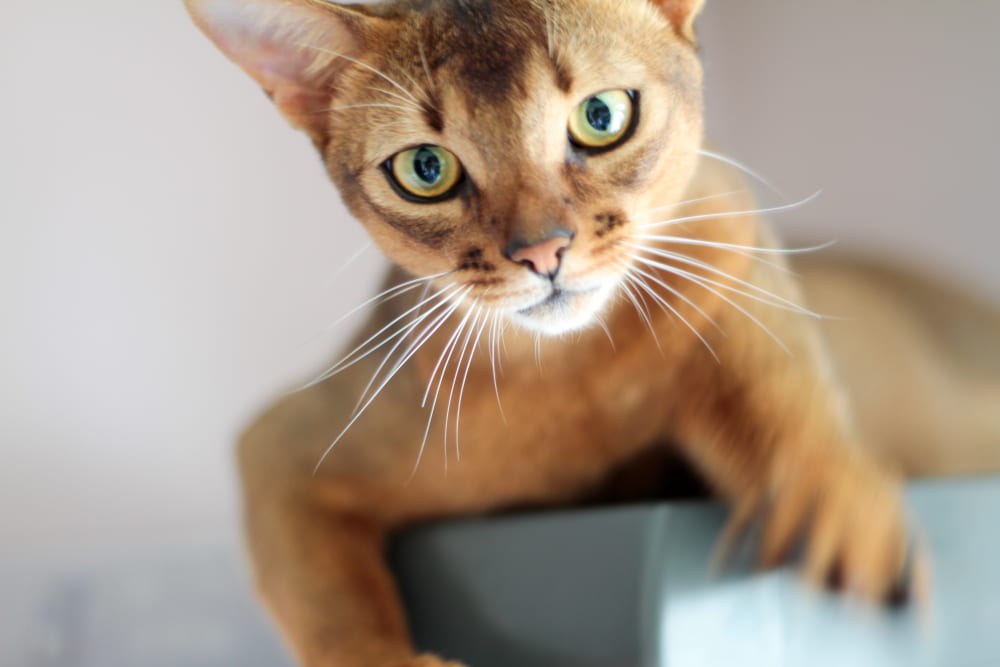 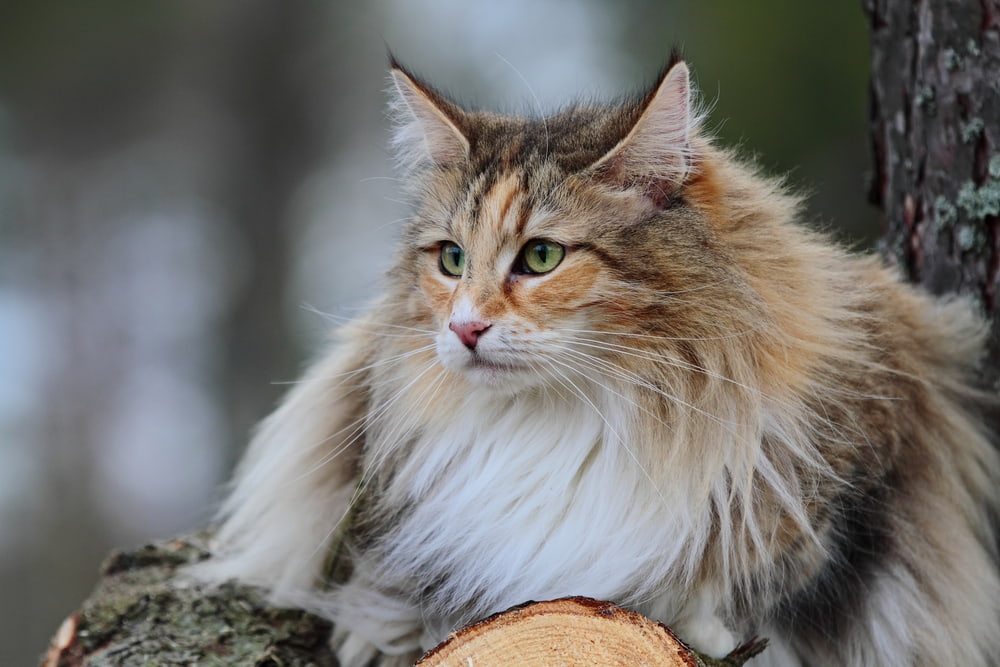 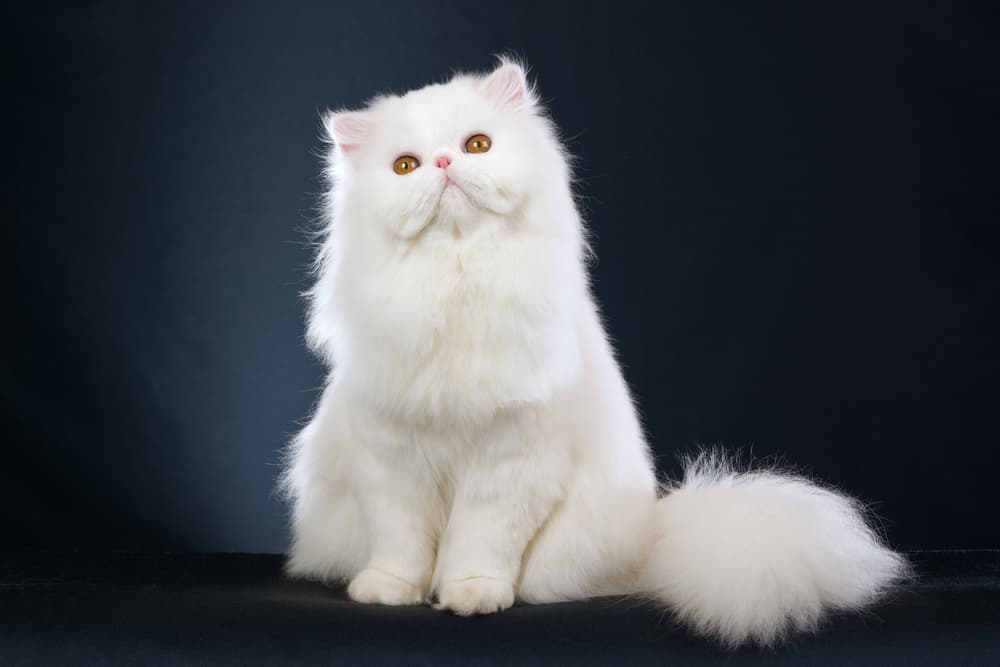 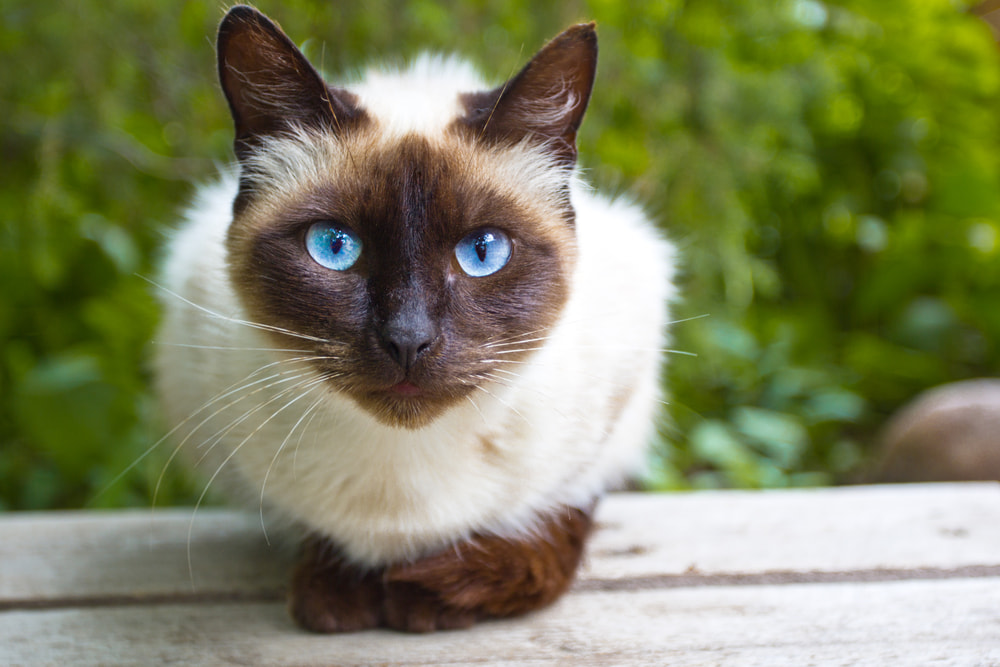 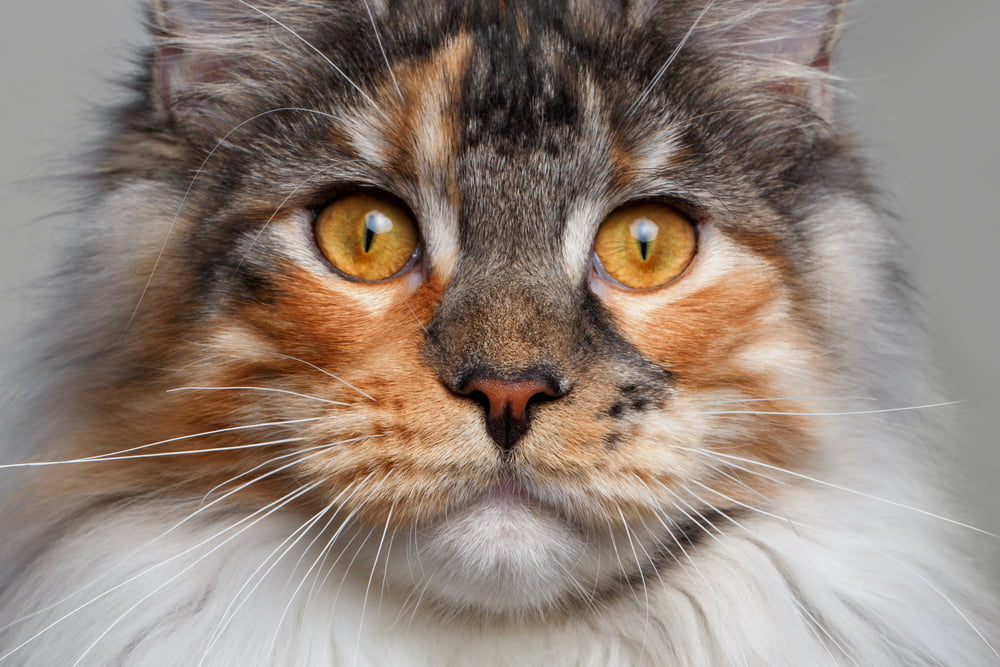 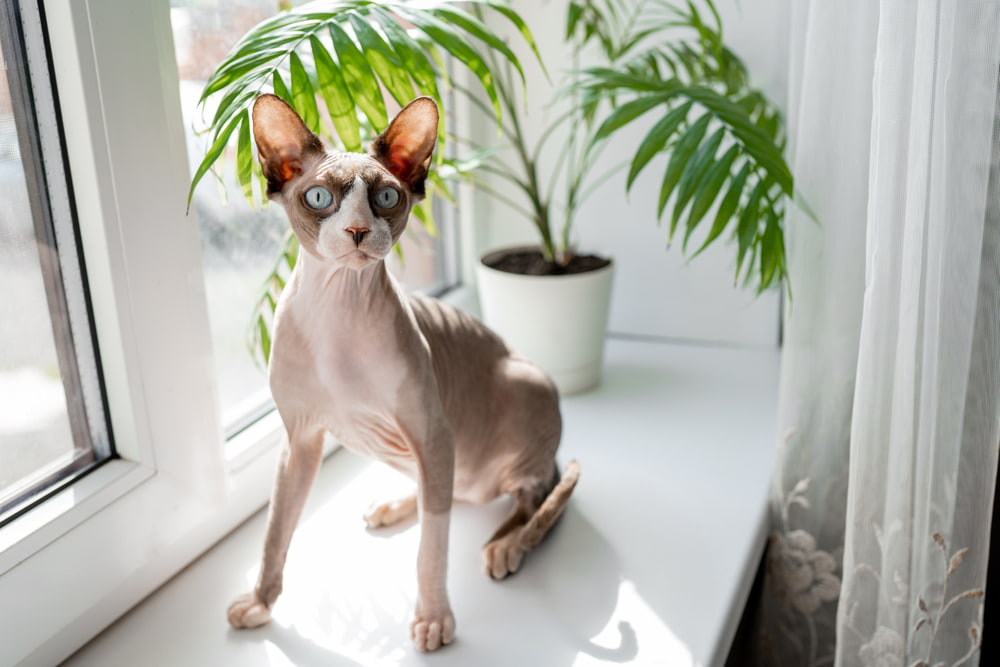