Pet parents focus on flea protection all year round—and with good reason. Flea bites and infestations can lead to skin irritation, itchiness, and even infections.

Diatomaceous earth for dogs and cats is often recommended as a natural option for keeping fleas at bay. But what exactly is it? And more importantly, is it safe and effective?

While this guide is designed to help you understand more about this alternative method of flea control, your veterinarian will be able to best determine if diatomaceous earth is right for your lifestyle.

What is Diatomaceous Earth? 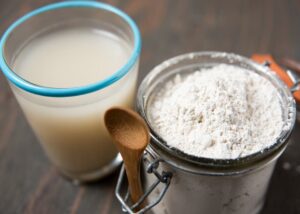 Diatomaceous earth (DE) is a whitish sand-like powder composed of a type of fossilized single-celled algae called diatoms. Though estimates vary widely, scientists believe there may be as many as two million species of diatoms inhabiting lakes, oceans, ponds, and most other aquatic environments (1). In nature, diatoms are an essential food source—both directly and indirectly—for other marine animals, and they help remove carbon dioxide from the atmosphere.

The outer skeletons of diatoms are made of silicon dioxide, a chemical compound most commonly known as silica.

According to the Centers for Disease Control and Prevention, inhaling crystalline silica can cause a host of health issues like breathing difficulties, irreversible lung damage, and autoimmune disease. 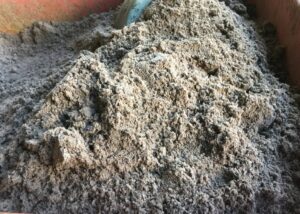 There are two main types of diatomaceous earth, categorized by their levels of crystalline silica:

Non-food or filter-grade diatomaceous earth is toxic to mammals. This type can contain more than 60 percent crystalline silica.

Food grade diatomaceous earth may indeed kill fleas in certain instances, but it’s not the most effective or efficient method of control or prevention, experts say.

“There is some evidence that environmental application of diatomaceous earth to the indoor environment—including carpets and cat scratchers—can kill fleas in the environment,” says Dr. Elizabeth Falk, a board-certified veterinary dermatologist at Cornell University Veterinary Specialists in Stamford, Connecticut. “Application to the external environment is of variable efficacy, because it is deactivated by humidity and moisture.”

Theoretically, diatomaceous earth works by drying out the flea, which leads to its death. “The insect’s outermost layer is composed of lipids, which acts to keep water inside the body,” says Falk. “The DE particles stick to the lipids on the epicuticle (protective layer), which disrupt the lipid barrier, allowing water to exit the insect.”

But most pet experts are not optimistic about the use of diatomaceous earth for flea control. “There is virtually no reliable data—lab or field studies—showing it is useful at all for flea control in a home—either powdered in the premises or ingested,” says Dryden. “Our personal observations in field studies in Florida would indicate it is practically worthless. We have enrolled numerous homes in our flea control studies, where the homes were massively flea infested, even though the owners had been using DE. In some homes the powder was so thick it puffed up when walking on carpets.”

These pets are allergic to flea saliva, which Hanna says causes extreme itchiness and secondary infections. “So a flea control product that kills fleas quickly, reducing the number of flea bites and therefore reducing exposure to flea saliva, is paramount to their health and well-being,” she adds. 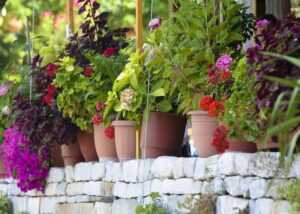 In addition to being by some people to control flea populations, diatomaceous earth has a number of other uses. Here are some of the most common.

Food grade DE is sprinkled on vegetable and flower gardens, as well as within the home to prevent insect infestations.

Filter grade DE is added to pool filter systems, where it captures small particles—like dirt and bacteria—that other filters might miss.

Food grade DE is mixed with animal feed (where it coats particles) to prevent binding and clumping.

Food grade DE is an ingredient in some nutritional supplements, touted for heart health, digestive issues, bone health, lowered cholesterol, and other health concerns. Studies on the benefits of DE for health have been minimal, so benefits are difficult to confirm. In one older study published in the European Journal of Medical Research, DE was shown to reduce blood cholesterol, but since the study didn’t include a placebo-controlled group, these findings can’t be absolutely determined.

Food grade DE is used in products like facial masks and scrubs because of its gentle abrasiveness.

“It is thought to be quite safe for environmental treatment of fleas, whereas other products can be more toxic to pets, children, wildlife, and even adults,” says Falk. DE is also virtually non-toxic to fish and aquatic invertebrates, scientists say.

Depending on the humidity and moisture level (it works better in lower humidity), diatomaceous earth can last in the environment for an extended period of time, says Falk.

It’s also relatively affordable. A four-pound bag, for example, generally costs under $15 dollars, and depending how often it’s used (experts say only a small amount should be used in the home), it can last a long time.

Is Diatomaceous Earth Safe for Pets? 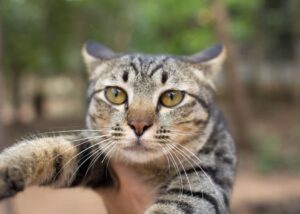 Even food-grade diatomaceous earth can be a health hazard if used inappropriately. “Clearly, small amounts of less crystalline forms are safe, but when you walk into a home where it has been spread everywhere by the homeowner trying to kill fleas in carpet, I have major concerns,” says Dryden.

Inhalation is not the only safety risk. Direct contact with diatomaceous earth can cause irritation, dryness, and in rare cases, skin abrasions, says Chantelle Hanna, a dermatology technician at Southeast Veterinary Dermatology and Ear Clinic in Charlotte, North Carolina. Additionally, because diatomaceous earth is abrasive, it can also be extremely irritating to the eyes, she adds.

“I think it’s important to remember that pets are no less vulnerable to these side effects,” says Hanna. “In fact, their relatively smaller size and proximity to the application surface may put them at a higher risk for experiencing side effects than the pet parent.” 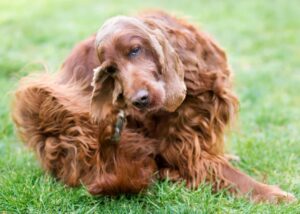 Before using diatomaceous earth to control fleas, understand the caveats.

Its effectiveness varies depending on the environment it’s used in. It may not be as effective, for example, in areas with higher humidity.

Although food-grade DE is safer for home use than filter grade, there are still potential safety hazards for pets and humans, especially if it’s inhaled. Contact with DE can cause skin abrasions, dryness, and eye irritation.

It kills fleas more slowly than traditional products. Many pets, like those who are allergic to fleas, need alternatives that will kill fleas quickly.

Diatomaceous earth is also messy. Powder can get everywhere.

How to Use Diatomaceous Earth for Fleas 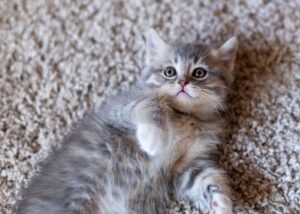 Veterinarians recommend against applying diatomaceous earth directly onto pets. “This is due to fears of irritating the respiratory tract and irritating the gastrointestinal tract, particularly in cats, who groom themselves,” Falk says.

Diatomaceous earth is likely best for environmental treatment when used in conjunction with products that get applied directly to the pet, like flea preventatives, says Falk.

One of the most common uses for food-grade diatomaceous earth is in the yard or garden. If you do use it this way, Falk recommends reapplying if after it rains or every few days in areas of high humidity. “It can be mixed with water in order to be sprayed into the environment. It will not be effective when wet, but when it dries out, it should have some efficacy.”

It can also be added to areas inside the home, like carpets, cat scratchers, and pet kennels, Falk says. Experts say a small amount can go a long way.

Because of its potential risks to pets, talk to your veterinarian before using food-grade diatomaceous earth for flea control in your home.

Where to Buy Diatomaceous Earth 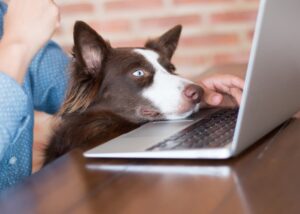 Food-grade diatomaceous earth for fleas and other pests is sold primarily at hardware stores and pet supply stores, including online. Diatomaceous earth powder is the most common form and it usually comes in bags, but is also available in jars and bottles.

It’s important to purchase the food-grade variety of diatomaceous earth if you plan to use it at home. Additionally, “Pet parents should make sure they are purchasing a product that is approved by the EPA and that is coming from a reputable distributor,” says Falk. “They should beware of any product that says that it should be applied directly to the pet.”

Finding a safe and effective flea preventative is essential for your pet’s health and comfort. Talk to your veterinarian about the best options for your situation.