If there’s something moving in the grass or on the carpet, dogs feel the need to investigate. If that thing is a scorpion (yikes!), your dog could get stung for his curiosity.

Scorpions are arachnids, with wide, flat bodies, large pincers, and a segmented, curled tail with a venomous stinger.

Most people associate scorpions with the desert. And while most species are desert dwelling, scorpions can be found in 29 of the 50 US states including the southern unstriped scorpion which makes its home in the humid Southeast (1). Thankfully the most deadly scorpion, the deathstalker, is not found on the American continents, preferring the dry climate of North Africa and the Middle East.

So whether you live in a state with scorpions or are planning on visiting one with your dog, here’s what you need to know about scorpion stings and how to keep your canine companion safe.

Scorpion Stings and Dogs: Should You Worry? 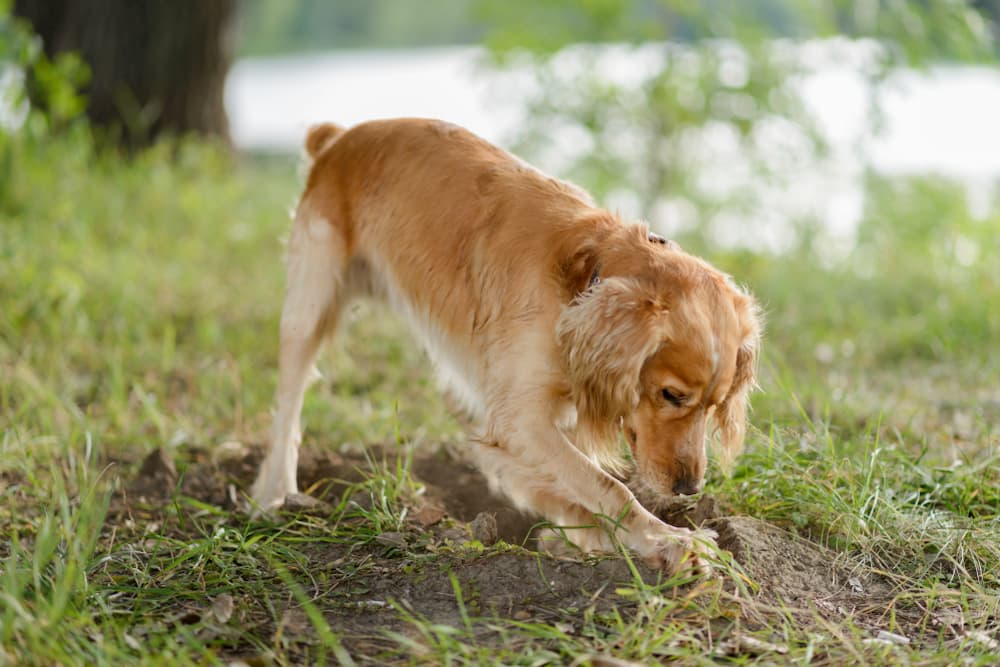 The short answer is, it depends. There are several factors that determine your dog’s risk of encountering a scorpion.

The first thing that determines whether your dog is at risk of a sting is your geographic location and where you live. Since scorpions are most common in the desert, dogs in states like Arizona, New Mexico, Texas, and California are more likely to meet a scorpion. There isn’t good data on the number of dogs who are stung by scorpions each year. But if we take human exposure as our starting point, we can probably estimate a dog’s general risk as being highest in those states (2).

Your dog’s habits also contribute to his risk. Dogs who dig and those who tend to be too curious for their own good may put their nose or paw within striking distance of a scorpion’s stinger. While scorpions can and do get into the house, most remain outside, so dogs who have outdoor access when it’s dark are at higher risk. Camping may also bring your dog closer to scorpions than you’d like.

The good news is that scorpion stings on dogs are rare. But, unless you see the scorpion sting your dog, you are unlikely to know that it was a scorpion and not a wasp or other insect.

Scorpions that are Dangerous to Dogs 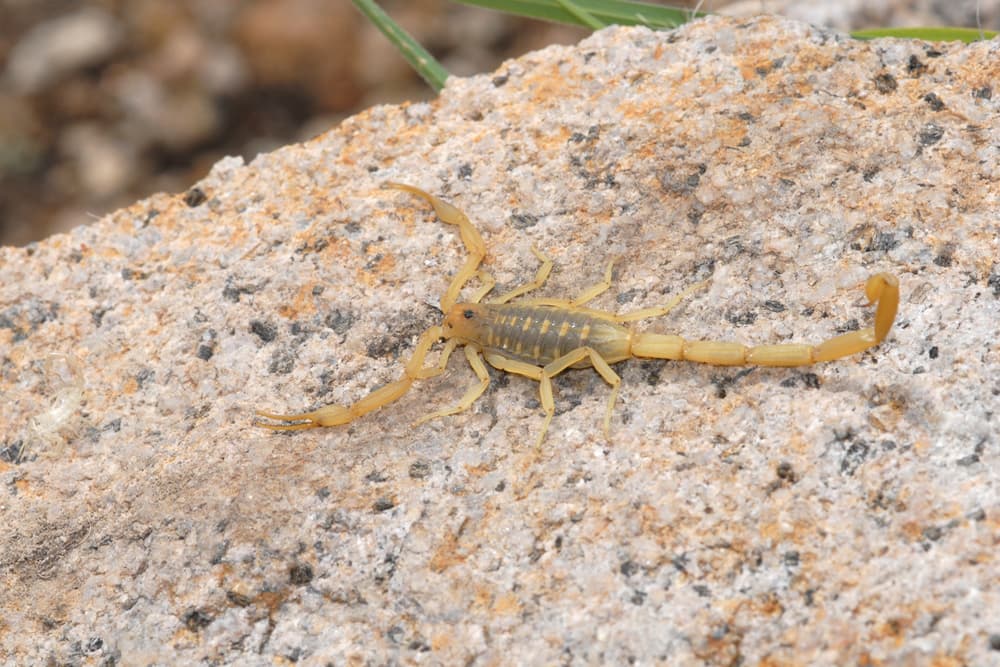 Though all scorpions produce venom, most do not pose a threat to bigger dogs. This is because the venom is mild or released in too small of a quantity to cause serious consequences.

Small dogs and puppies are at greater risk due to their small size. In general, a dog is more likely to get sick from an allergic reaction to the venom than the venom itself.

The exception is the Arizona bark scorpion which has a venom powerful enough to be deadly.

The Arizona bark scorpion (Centruroides sculpturatus) can be found from southeastern California, throughout Arizona, to western New Mexico as well as south of the border. They are light brown and about 3 inches in length. Though the venom from this scorpion’s sting can kill a dog, there are very few reported cases of fatality when dogs have emergency access to veterinary care. 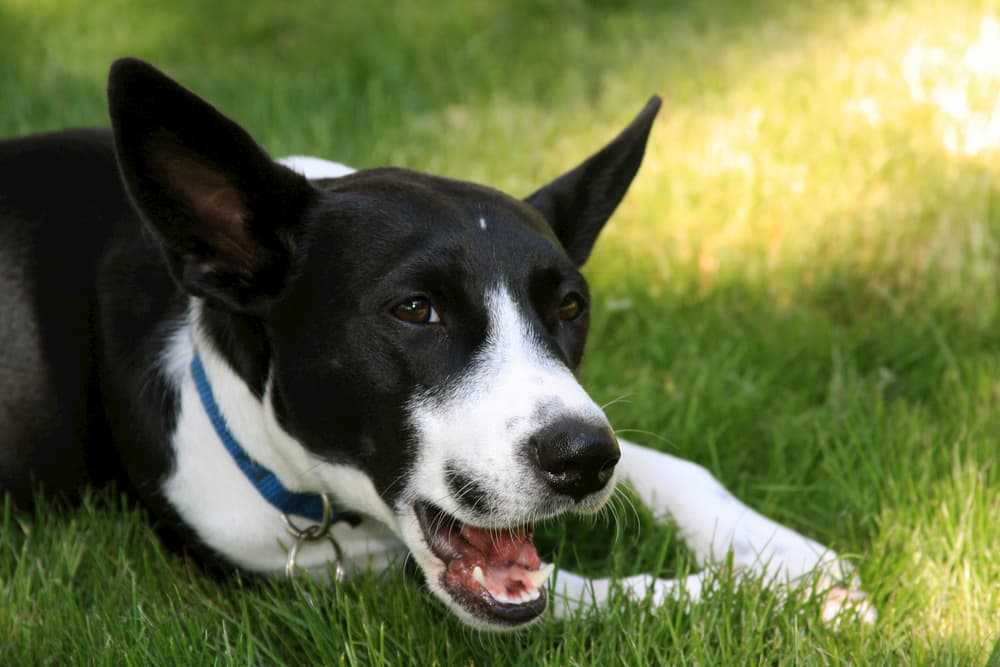 The most common symptom of a scorpion sting in a dog is localized pain. This might be a dog licking or chewing at an injured area.

Most of the time, however, you will not know why your dog is favoring one leg or pawing at his face. The limbs and paws are the most common sites for stings but they can occur anywhere. If you find a small swollen area, it could be from a scorpion sting or a bee sting or even an ant bite and may need closer examination.

Symptoms from most common to most serious include:

What to Do if Your Dog is Stung by a Scorpion 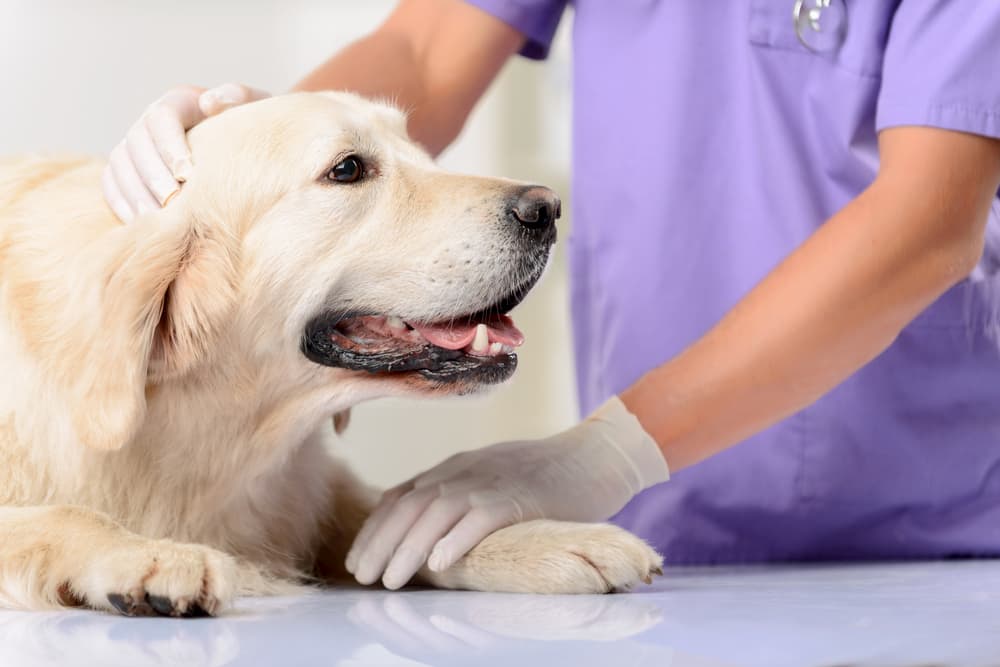 If you live in an area with the Arizona bark scorpion or if your dog has allergies to other kinds of insect stings and bites, get your dog to the veterinarian right away if you suspect a scorpion sting.

While in the car, call the animal hospital to tell them you are on your way and provide information about the situation.

If symptoms progress to swelling of the face or head, difficulty breathing, muscle tremors or impaired consciousness, it should be considered an emergency and your dog should be seen as soon as possible. 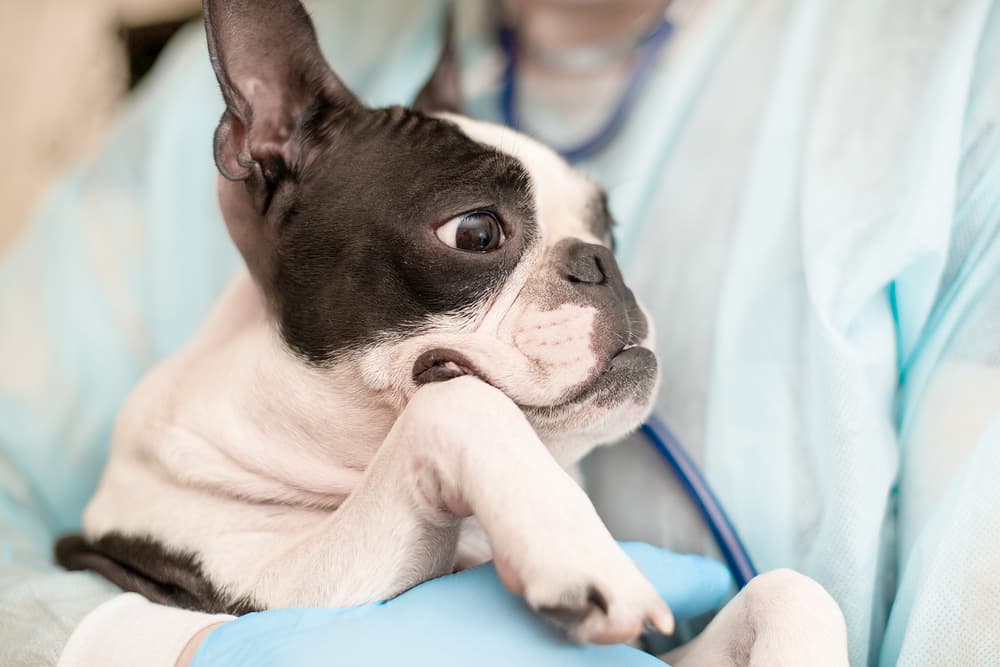 If there is a stinger in the skin, remove it very carefully. Most dogs will feel better with an antihistamine. Call your veterinarian for advice and dosing.

You can apply a cold compress to the injury and encourage your dog to rest in a cool area. There is no specific at-home treatment for scorpion stings and instead you are treating the signs of swelling and pain.

If, despite first aid, your dog worsens or does not improve, it is time to go to the veterinary clinic. There your dog will receive antihistamines or steroids, pain medication, wound care, and other supportive care as needed.

How to Prevent Scorpion Stings in Dogs 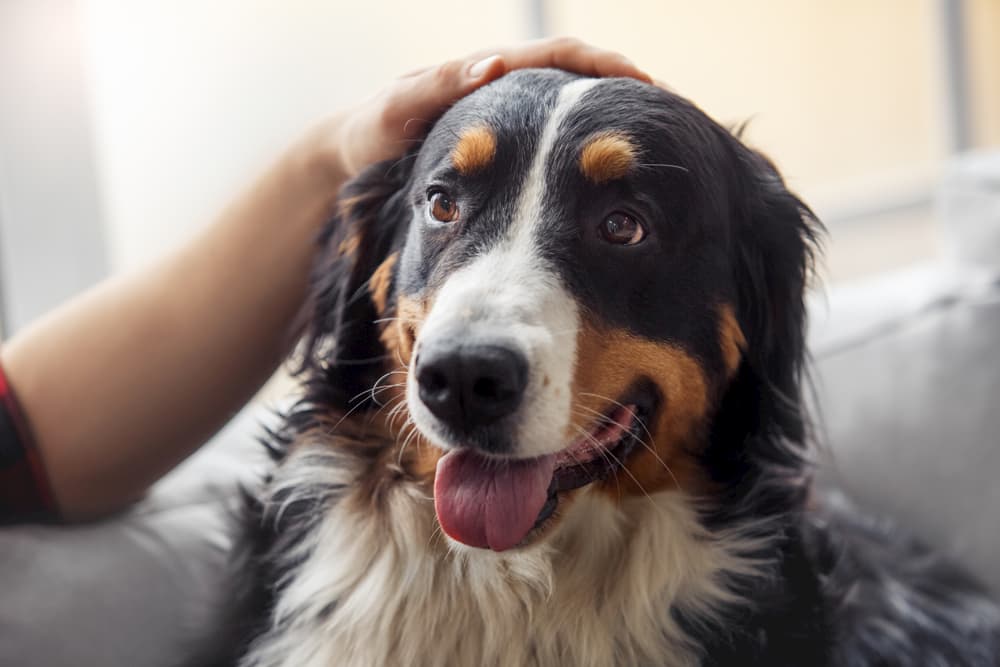 It may not be possible to fully prevent your dog from being stung by a scorpion, but there are several steps you can take to reduce his risk.

Scorpions can get into the house through very tiny cracks or gaps. Plug all holes with caulking or metal screens. Trim branches that overhang the house so that scorpions can’t get in from the roof and keep all piles of tools, materials, and supplies away from the house. It is especially important to keep firewood and potted plants away from the house because those are perfect scorpion habitats.

Scorpions have a fluorescent glow in UV light so checking the perimeter of your home with a blacklight can give you some comfort. When it is dark, supervise your dog’s potty breaks so he can’t get too interested in anything he might find. Shake out bedding every evening before your dog goes to bed.

Pesticides are often ineffective against scorpions and may pose a threat to pets. Cedar oil diluted and sprayed around windows and doors may repel scorpions. However, as essential oils can be dangerous to your pets, it is best to only spray them on the exterior of the home.

If you have a severe infestation with scorpions, consult a professional pest-control company.