A dog’s sense of smell is 10,000 to 100,000 times stronger than ours, so it’s safe to say a dog’s nose is one of the most powerful tools they possess. Canine sniffers aren’t just mighty, they’re multi-functional, too. For everything from breathing, smelling, tasting, tracking, and inspecting to temperature regulation, dogs rely heavily on their noses.

So what does it mean when a dog’s nose seems dry, warm, or cracked? Most of the time, there’s a perfectly normal reason a dog has a dry nose. But, occasionally, it can be a sign of an underlying health issue.

To help pet parents tell the difference, here’s everything you need to know about dog noses: what makes them wet, what it means if they’re not, and what to do if you notice your dog’s nose is warm and dry.

Should a Dog’s Nose Be Wet or Dry?

A dog’s nose is typically moist for several reasons:

When it comes to smelling, wet noses work better. A thin layer of mucous over the nose helps the tissue attract and absorb scents. To further enhance their superior smelling abilities, dogs also lick their noses after sniffing. This act of licking transfers the trapped scents from the nose to their secondary smelling tool called the Jacobson’s organ. This specialized organ is located on the roof of the mouth and effectively allows dogs to “taste” the smells. Furthermore, by licking their noses, dogs are cleaning old scents away and keeping the nose moist and ready for fresh odors.

Wet noses help regulate temperature. Dogs rely on evaporation as a primary way to cool themselves down in warmer weather. Unlike humans, dogs do not perspire, or sweat. Instead, they lower their body temperature by evaporating moisture from their tongues, nasal passages, and the lining of their lungs, cooling themselves as air passes over the moist tissue.

Dog noses are naturally moist. A dog’s tears drain from their eyes through their tear duct into their nasal cavity, providing even more mucous and moisture to their wet snouts.

Canine noses are frequently moistened by exposure to wet objects. Dogs investigate closely with their noses, sticking them into things like damp grass, leaves, plants, and puddles. So moisture from the environment is often transferred onto a dog’s nose. When dogs drink, they tend to splash water up onto their nose and lick their lips and nose with their freshly moistened tongue. Some silly canines even fully submerge their nose in their water bowls when they go in for a drink.

Although a dog’s nose is normally wet, a dry dog nose isn’t necessarily abnormal. The actual temperature and moistness of a dog’s nose can be affected by many external and internal factors. It can be helpful to think of a dog’s nose like a human’s lips. We don’t typically run to the doctor when we have chapped lips unless we notice something else going on. Therefore, the nose alone is not a good indicator of overall health. Some healthy dogs simply have noses that are naturally dryer than others, and sick dogs can have cool, wet noses, too.

Common reasons a dog might have a warm, dry nose—that are not cause for concern—include:

A dog’s living environment and climate have a big impact on the moisture of their nose, or lack thereof. In more humid environments, a dog’s nose will more easily retain its moisture, while in dry, arid environments, dog noses are more likely to dry out or even crack. Other factors, like wind, temperature, and cloud coverage, also directly affect your dog’s snout. For instance, on windy days, sunny days, and days that are either very hot or very cold, the nose will naturally be more dry and warm.

Too much sun exposure can leave a dog’s nose dry and crusty. Dogs with pale or pink noses and thinner coats are the most susceptible to sunburn, but any dog can be affected if they bask in the warm sunshine for too long.

As we discussed, a dog’s nose helps regulate their temperature. When they’ve been exercising, the nose might feel warmer since they are using it as a means to cool down. Like humans, dogs also lose water while they exercise via metabolic processes and evaporative cooling. So they tend to be a little dehydrated after play sessions, which can leave the nose feeling a little dry.

Dogs love to nap in warm places, which can raise their internal body temperature and make the nose feel warm. The nose is also usually drier after a nap since dogs aren’t licking their nose or drinking while they sleep.

Aging is another cause of a dry and crusty dog nose. As canines age, certain bodily functions slow down and become impaired, and their bodies simply don’t work like they used to. Old dogs produce less mucus, which makes their noses susceptible to dryness.

Certain breeds, particularly brachycephalic or short-nosed breeds, are predisposed to having a dry, crusty, or cracked nose. Dogs with short muzzles, like Pugs and French Bulldogs, have difficulty licking their noses and don’t tend to put their nose in as many wet places since it is shorter and closer to their eyes. Other breeds, like the Lhasa Apso and Springer Spaniel, more frequently develop blocked tear ducts, which can also lead to a drier nose.

Though less common, dry dog noses may also be the symptom of certain medical conditions, including:

Just like humans, dogs can suffer from allergies that dry out their noses. The cause of the allergy can be related to food or, more commonly, something in the environment. Some dogs are more severely affected by allergies than others, so if your dog seems uncomfortable, your veterinarian can help you determine the cause of the allergy and prescribe medication to help relieve your dog’s allergies and dry nose.

Canine nasal hyperkeratosis is a condition caused by an overgrowth of skin cells, called keratin, on the surface of a dog’s nose. This buildup of extra tissue leaves the nose particularly crusty, dry, and cracked. Fortunately, this isn’t a serious medical condition on its own. However, pups that suffer from hyperkeratosis are prone to develop infections in the thickened tissue. In these cases, it’s always best to check with a veterinarian who can recommend at-home care and rule out other conditions that could be linked to it, such as the virus that causes canine distemper.

Although not very common, autoimmune diseases that cause a dry dog nose are discoid lupus erythematosus or pemphigus. These diseases change the surface of your dog’s nose, causing it to dry out, crust, crack, and even bleed. A veterinarian would need to perform a skin biopsy to diagnose these diseases, and treatment typically requires a life-long course of medications.

Dog Dry Nose and Other Symptoms: What to Watch For

Most of the time, a dry or warm nose is transient and will resolve within hours. If your pet is acting completely normal, wait a bit to see if their nose becomes moist and cool again before calling the veterinarian.

On the other hand, you should consult with a veterinarian right away if the dry nose is accompanied by any other changes in your pet, such as:

As a general rule, if you notice any changes in the appearance of your dog’s nose that last longer than a few days, or if the dry nose is coupled with any other signs or symptoms, you should always err on the side of caution and seek veterinary care.

In most cases, a dog’s dry nose is likely due to normal causes and will resolve on its own without any treatment. However, if the dry nose is linked to an underlying disorder or disease, your veterinarian may prescribe medications. Allergy medications, prescription ointments, antibiotics, steroids, and immunomodulators are all potential prescriptions your dog may need depending on the cause.

If the nose is chronically dry and your veterinarian sees no signs of allergies or disease, you may need to use a prescription balm or salve to keep the nose comfortable. Home remedies and over-the-counter ointments can provide adequate relief and moisture for mild to moderate cases of dry dog nose.

While it isn’t always possible to prevent a dog’s nose from drying out due to natural causes, there are some simple proactive measures pet parents can take to retain as much moisture as possible. For instance, dog parents can run a humidifier indoors in dry weather, especially during cold winter months. Providing ample shade and shelter from the sun or wind can help prevent the crusting and chapping of a dog’s sensitive snout. Most importantly, it is essential to ensure that dogs always have access to fresh, clean water to prevent dehydration and overheating, which can contribute to dry dog noses.

Kennel cough is the most common infectious disease of the respiratory system in dogs. It can range from a mild cough lasting a few days to severe pneu... 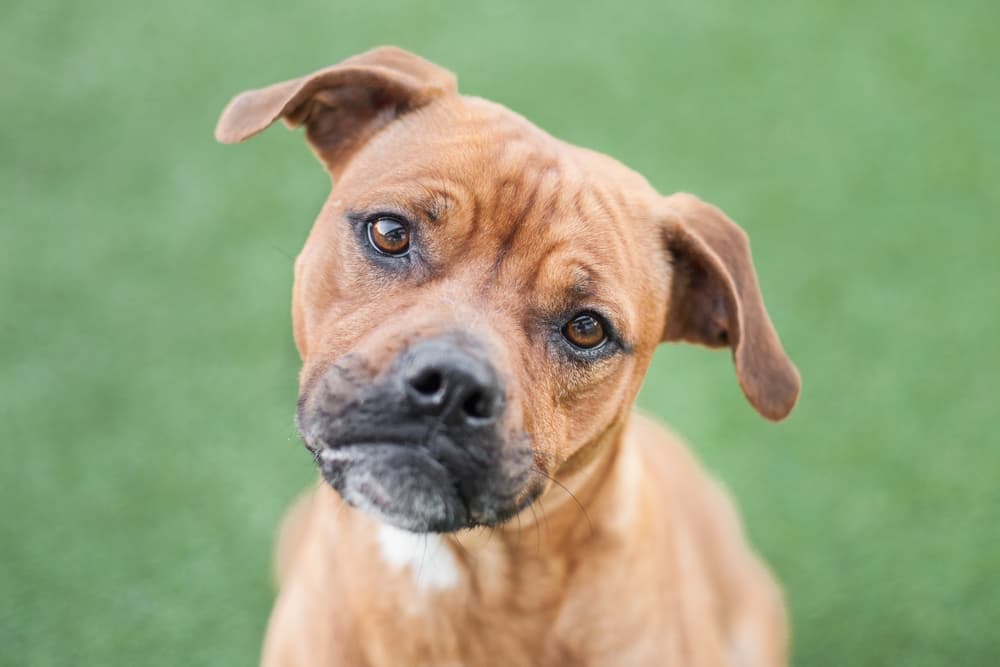 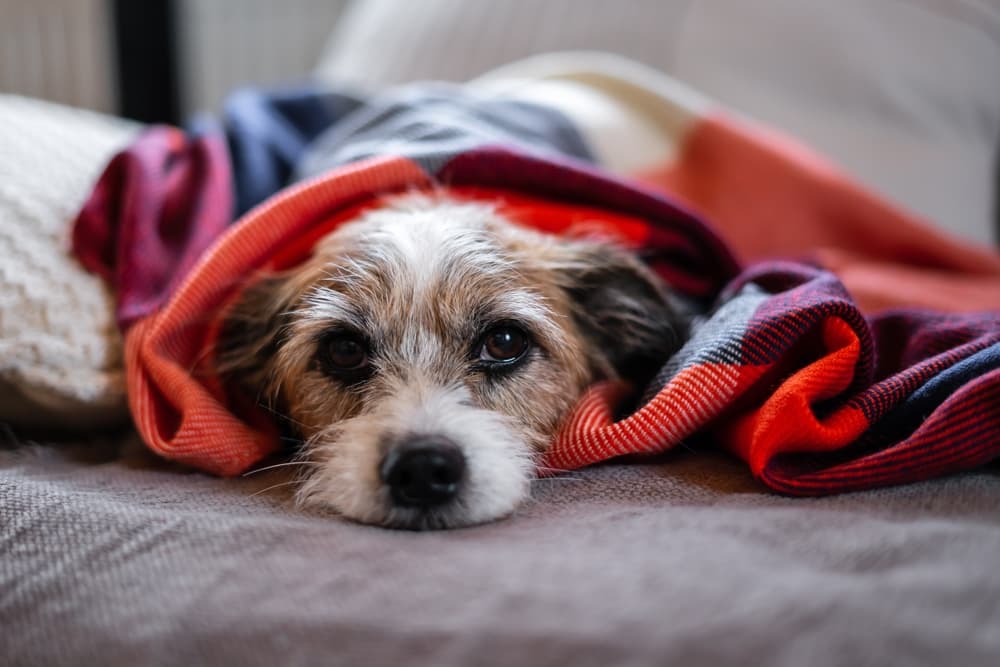 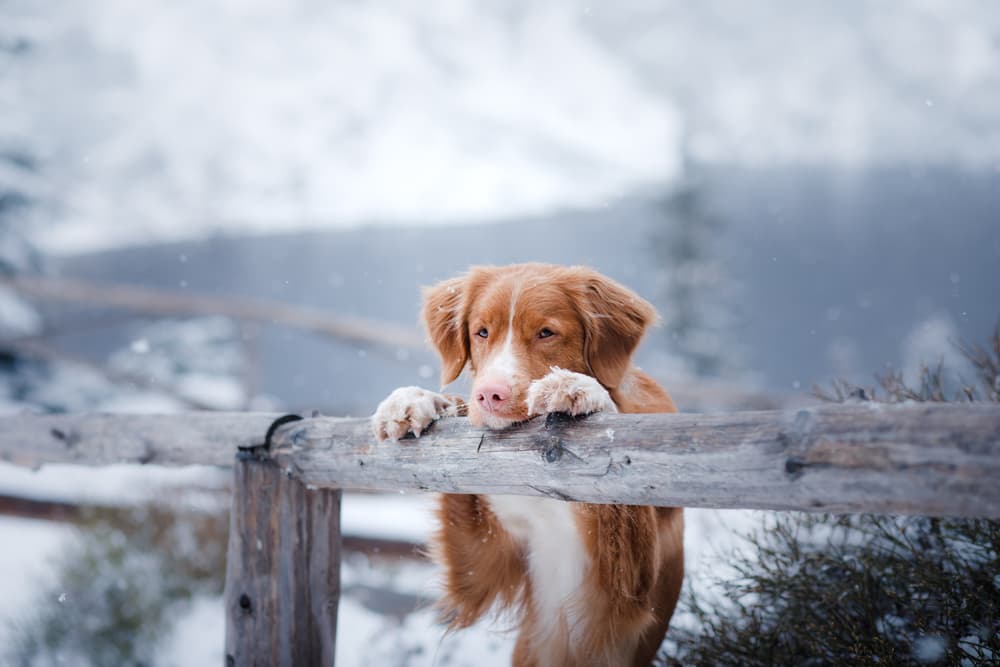