Canine dilated cardiomyopathy (DCM) is one of the most common heart diseases observed in medium and large-breed dogs. There are a number of potential causes of DCM, including both genetic and environmental influences.

In 2018-2019, many pet owners developed a new awareness of DCM. Veterinary cardiologists began observing an increase in cases of dilated cardiomyopathy in dogs, often occurring in breeds that are not typically predisposed to the disease. During the first four months of 2019, over 200 cases were reported to the U.S. Food and Drug Administration (FDA) (1).

The FDA opened an investigation to research the increase of DCM in dogs. At this time, it is suspected that many of these cases may be diet-associated, although much is still unknown.

What is DCM in Dogs?

Dilated cardiomyopathy is a disease of the heart muscles. In this condition, the cardiac muscles become abnormally thin, leading to dilation (enlargement) of the heart chambers. Instead of a compact heart formed of strong, thick muscles, a dog’s heart that is affected by DCM becomes dilated and thin-walled, like a balloon.

These changes interfere with the heart’s ability to pump normally, limiting efficient blood flow throughout the body. 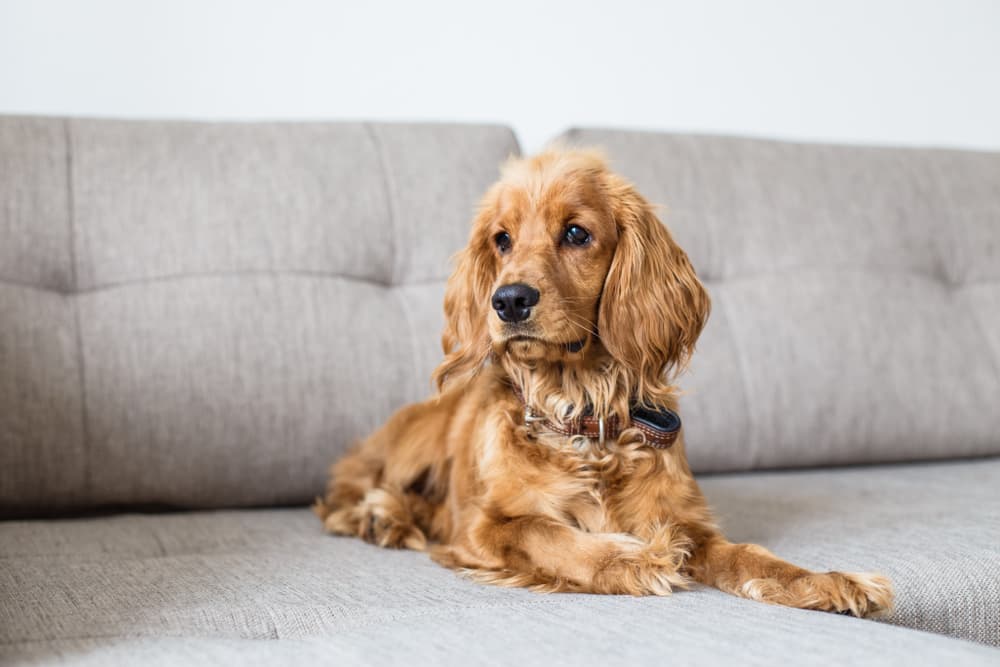 There are a number of factors associated with the development of DCM in dogs. Many cases occur as a result of hereditary factors.

Dog breeds that are predisposed to DCM include:

Other cases are idiopathic, meaning that they occur spontaneously with no identifiable underlying cause.

A portion of DCM cases, however, are considered secondary in nature—which means they are linked to another cause. Secondary DCM can be caused by exposure to a toxin, deficiencies in certain nutrients (especially taurine), muscle diseases (such as muscular dystrophy), and certain infections.

Can a Dog’s Diet Cause DCM?

In 2018, veterinary cardiologists began to observe an increased incidence of DCM in breeds that are not typically predisposed to this condition. In some cases, multiple dogs within a home were affected, suggesting the possibility that these cases were secondary in nature. Further research revealed that many of these reported cases occurred in dogs fed grain-free or boutique diets.

Researchers are exploring whether some of these cases are linked to a taurine deficiency, which could be corrected through a diet change and supplementation (2).

At this time, however, we cannot say that taurine deficiency is the cause of all diet-associated DCM. Veterinarians are not yet certain whether the disease is caused by a nutrient deficiency, nutrient excess, or an interplay of ingredients that interfere with nutrient absorption. There are still many questions and unknowns about how food and nutrition impact the development of this condition.

Symptoms of DCM in Dogs 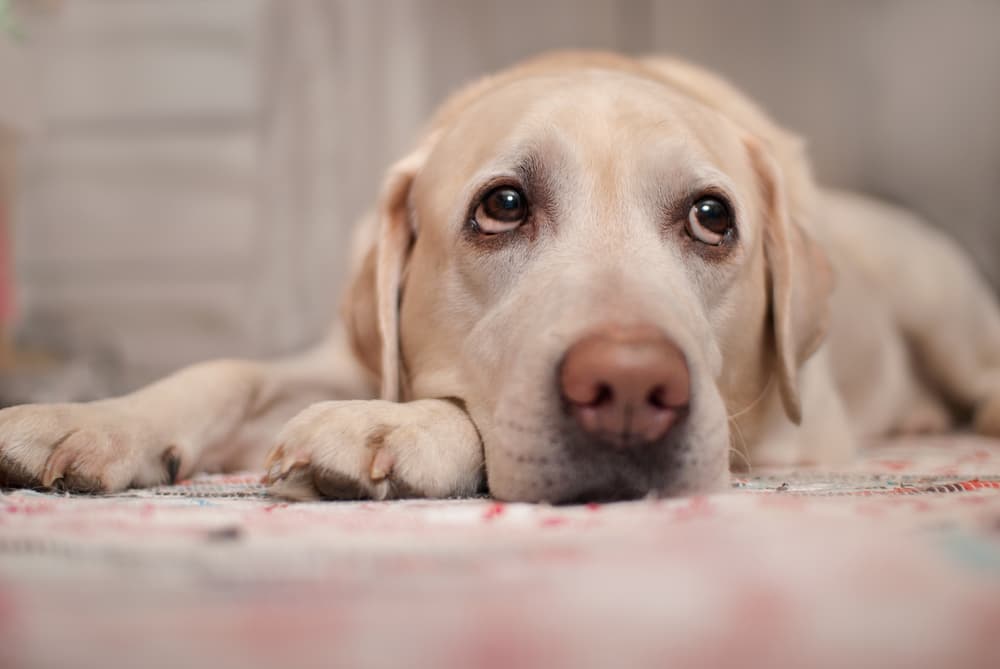 Most dogs with DCM show no signs of illness until the disease becomes advanced. As the disease progresses, dogs begin to show signs of congestive heart failure or develop an arrhythmia (irregular heartbeat) that disrupts circulation.

Signs of DCM in dogs may include: 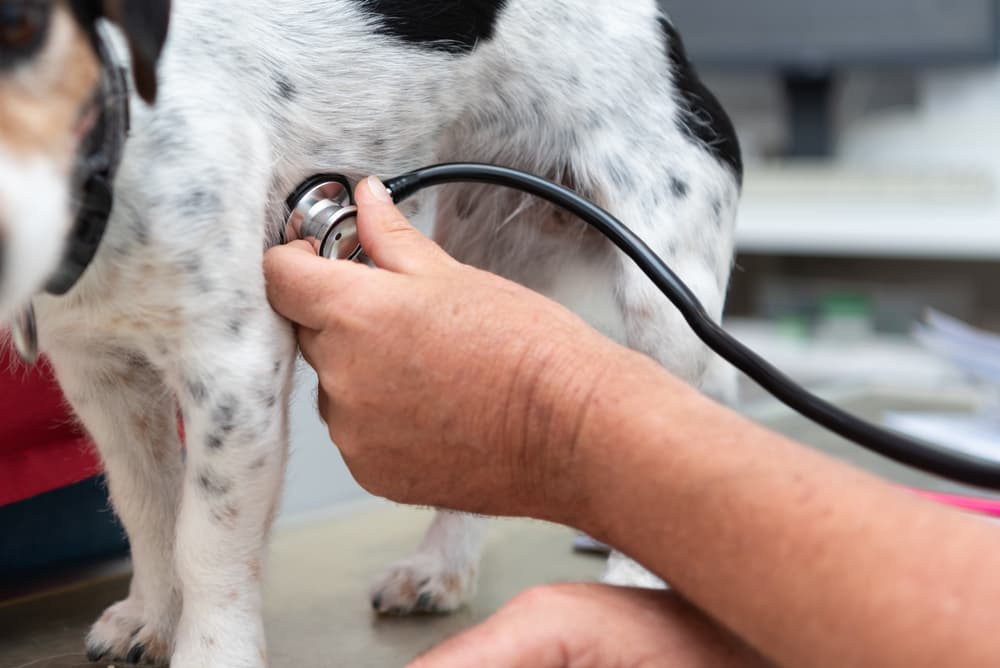 In order to diagnose DCM, your veterinarian will first perform a thorough physical exam. A soft heart murmur may be heard with a stethoscope, indicating turbulent blood flow within the heart. Your veterinarian may also observe increased heart rate, increased respiratory rate, abnormal sounds in the lungs, weak pulses, and pale mucous membranes.

In most dogs with DCM, blood tests such as complete blood cell count and serum biochemistry are common. Your veterinarian may perform additional blood tests, however, including the following:

NT-proBNP assay: This test detects a protein that is released by cardiac muscles in response to stretching, allowing early detection of heart disease.

Taurine assay: Taurine deficiency may play a role in some cases of DCM. Therefore, your veterinarian may measure your dog’s blood taurine levels.

The next test that is typically performed in a dog with suspected heart disease is chest radiographs (X-rays). Chest radiographs are primarily used to look for evidence of congestive heart failure, although they can also suggest the presence of DCM if significant heart enlargement is seen.

Echocardiography is the most sensitive test for diagnosing DCM. An ultrasound of the heart allows veterinarians to assess the heart’s structure and function. Some veterinarians can perform this test in a general practice, but this test often requires referral to a veterinary cardiologist.

Dogs with DCM may also receive an electrocardiogram (ECG), which measures electrical activity within the heart. This test is primarily used to detect arrhythmias (irregular heartbeats).

How to Treat Dilated Cardiomyopathy in Dogs 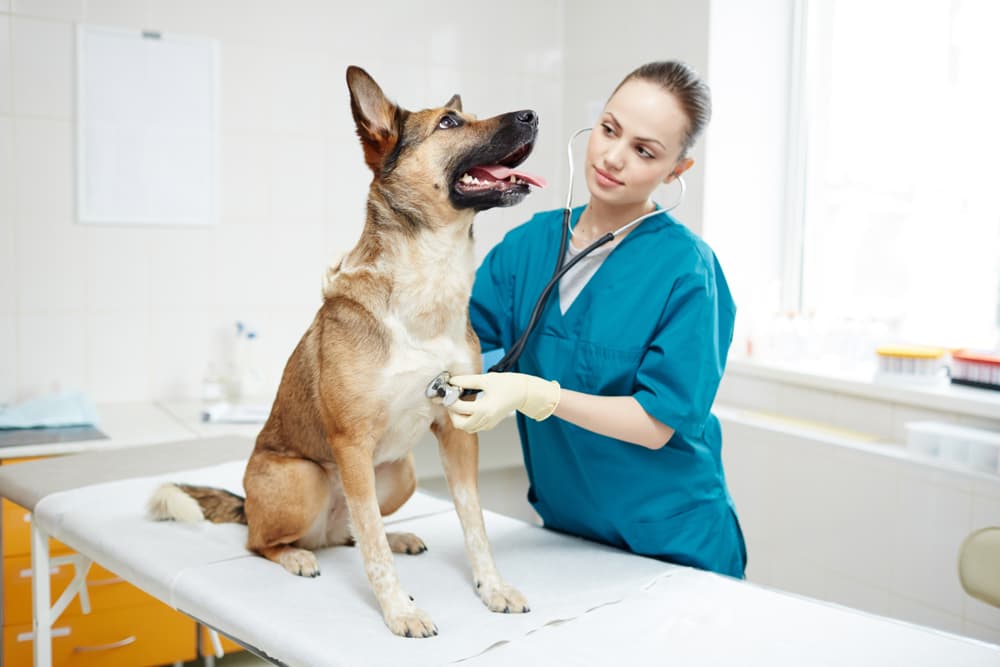 In dogs whose DCM is not believed to be caused by nutritional factors, the condition is managed and not cured. The goal of treatment is to delay the development or progression of congestive heart failure.

There are a number of different medications used to treat DCM in dogs. Your veterinarian will select the appropriate medication(s) for your dog, based on your dog’s clinical signs and other health factors. Once started, these medications are typically continued for the remainder of your dog’s life.

Pimobendan: Dogs that are diagnosed with DCM often benefit from treatment with pimobendan. It is used to alleviate signs of congestive heart failure, as well to delay the onset of heart failure in dogs not yet showing signs of heart failure. Pimobendan helps the heart beat more strongly and dilates blood vessels (allowing blood to flow through the body more easily).

Enalapril: In dogs that are already showing signs of heart failure, enalapril is given to dilate blood vessels. This allows blood to flow more easily, decreasing the heart’s workload.

Furosemide: In dogs with heart failure, furosemide (a diuretic) is given to remove fluid that has pooled in the lungs and elsewhere in a dog’s body. Furosemide dosing may require adjustments, because treatment requires carefully balancing the need to remove excess fluid with the need to prevent dehydration.

Antiarrhythmic medications: In rare cases, dogs with DCM may develop significant arrhythmias that require treatment. A variety of drugs may be used to control arrhythmias, including diltiazem, digoxin, mexiletine, procainamide, lidocaine, amiodarone, and others.

The cost of treating dilated cardiomyopathy in dogs varies significantly, depending upon your location (cost of living), your dog’s size, and the severity of your dog’s clinical signs at the time of diagnosis.

In general, expected costs include:

How to Prevent Dilated Cardiomyopathy in Dogs

Diet-associated DCM can be prevented by feeding a well-balanced, complete dog food. Talk to your veterinarian about the best food for your pet.

At this point, we do not know whether diet-associated DCM is due to an underlying taurine deficiency or some other mechanism. Therefore, taurine supplements for dogs may not prevent this condition and should not be used unless there is confirmed laboratory evidence of taurine deficiency.

Regular veterinary care and checkups can help detect signs of heart disease in dogs, including DCM, before it escalates. If you have a dog breed that is predisposed to DCM, discuss any concerns you have with your veterinarian.

Dogs with DCM should not be bred in order to prevent hereditary DCM.