We try to keep our cats healthy, but the occasional illness can unfortunately creep in. One of the more common problems pet parents see in cats is something called Feline Lower Urinary Tract Disease—or FLUTD.

In fact, Dr. Jim D. Carlson, a holistic veterinarian and owner of Riverside Animal Clinic and Holistic Center, estimates that around 20 to 25 percent of cats may develop signs of FLUTD at some point in their lives.

Here’s what every cat owner should know about FLUTD in order to spot the symptoms and get their cats started on a veterinary-recommended treatment program.

What is a FLUTD?

FLUTD is a common reason why cats go to the veterinarian. Generally speaking, FLUTD covers a wide range of mild to serious disorders having to do with a cat’s urinary tract below the kidneys, including the ureters, bladder, and urethra.

In cats less than 10 years of age, the most common cause of FLUTD is feline idiopathic cystitis (FIC), followed by bladder stones, and then urethral plugs, which can cause life threatening bladder obstructions.

In senior cats older than 10 years of age, FLUTD is most commonly caused by urinary tract infections and bladder stones.

Dr. Sara Ochoa, a veterinarian with Whitehouse Veterinary Hospital says that the lining of the bladder plays a role in the development of FLUTD caused by FIC.

“The urinary bladder is lined with glycoproteins called PSGAGs. This material basically insulates the tissue of the bladder from the urine it contains,” she says. “Urine can vary greatly in pH and can contain abrasive crystals in addition to assorted toxins and irritants that the kidneys have removed from the bloodstream.”

If the lining of the bladder becomes compromised, it can cause the bladder to become directly exposed to the urine, and inflammation can result.

Symptoms of FLUTD in Cats 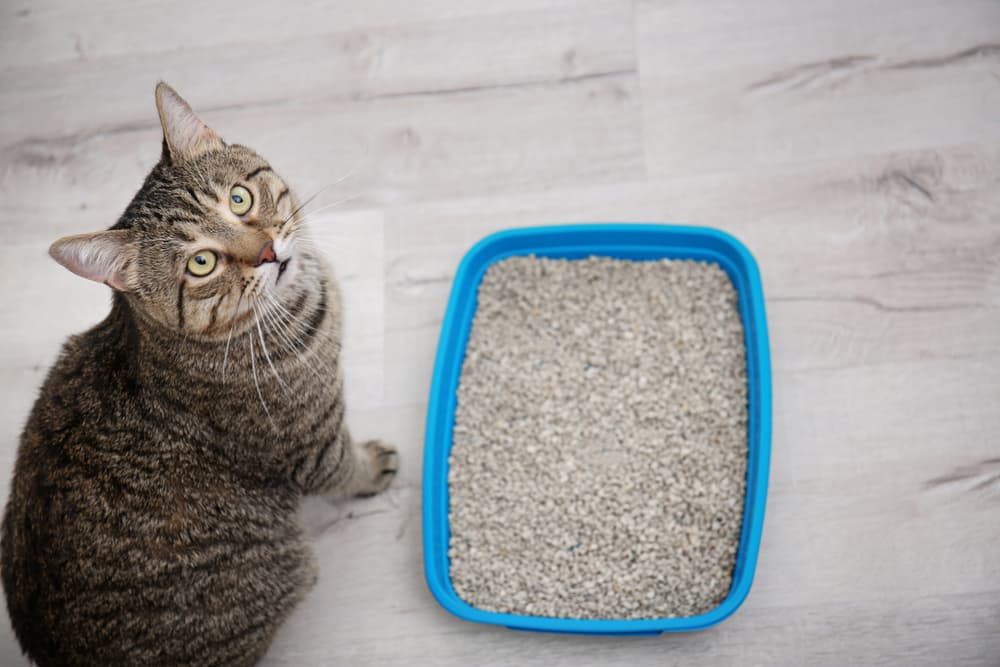 Spotting the symptoms of FLUTD early on in your cat is one of the best ways to get the treatment necessary to help him feel better quickly.

The overarching symptom of feline lower urinary tract disease is painful or difficult urination. That pain can manifest itself in other outward symptoms that pet parents should be on the lookout for, including:

There are a few different causes of FLUTD, the most common of which is idiopathic (meaning the cause is unknown) cystitis.

“This is typically diagnosed by ruling out other causes of urinary disease, such as a bladder infection, by performing a urine test at the veterinary clinic,” says Carlson.

FLUTD is also the most frequent hereditary disposition observed in practice, according to the West Suburban Humane Society, with Persian cats being at an increased risk. Anecdotally speaking, Carlson says that his experience has also been that far more male cats tend to suffer from FLUTD than female cats.

Other common causes of feline lower urinary tract disease include stress-related and environmental issues, says Ochoa, including things like:

Although there may be some similarities between a urinary blockage and FLUTD, the main differentiation is that with FLUTD, a cat is not necessarily blocked, and many times they can still urinate, says Ochoa.

With a blockage, however, there is usually something obstructing the cat’s urethra, making it nearly impossible for them to actually urinate.

FLUTD is only diagnosed after other urinary problems, such as bladder stones or urinary tract infections, are ruled out.

A urine test will likely be performed, says Carlson, which often shows high urine pH, either with or without the presence of crystals.

In cats that have recurrent or persistent urinary problems or cats that have recently had a urinary catheter, additional testing, such as urine culture to check for bacteria, and diagnostic imaging to look for stones or other abnormalities will likely be recommended. 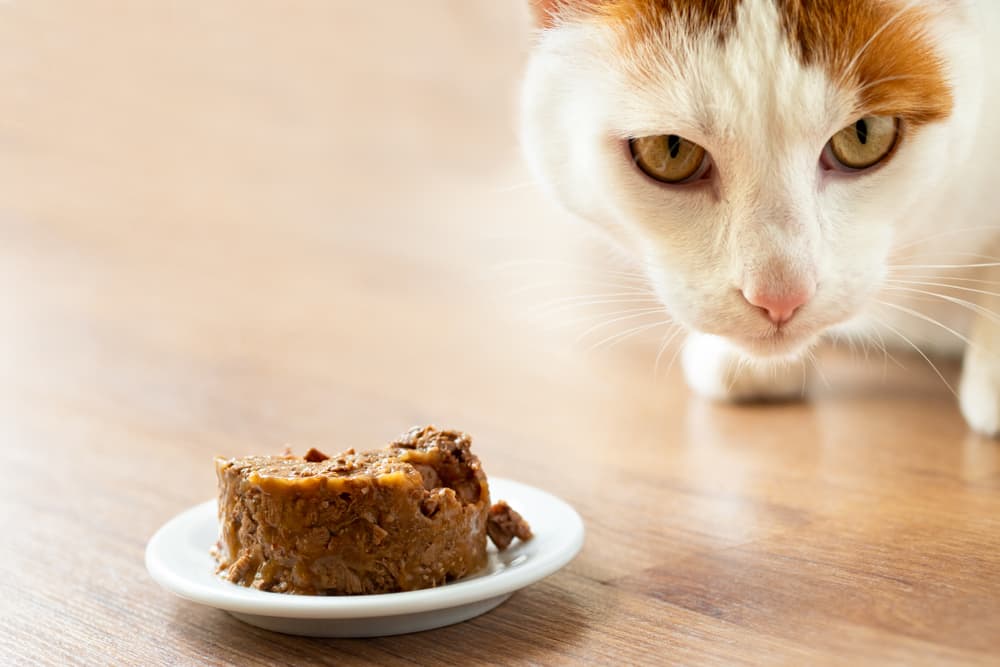 Treatment for your cat’s FLUTD often depends on the specific symptoms.

“There are medications that your cat can take to help them urinate easier, and to decrease the inflammation in the lining of the bladder,” says Ochoa.

If your cat is also suffering from an obstruction, urinary catheterization (a tube inserted into the bladder) to relieve bladder pressure and flush toxins will need to be performed to unblock the area, which usually requires a few days in the hospital. Your cat will also receive pain medication and antibiotics.

Additional environmental changes can help alleviate FLUTD symptoms that are related to FIC, as well. For example, lowering the stress in the cat’s environment, prescription urinary tract food formulas to control urine pH, increased water consumption by offering flavored water, canned food, or water fountains, are all used to help cats that are suffering from FLUTD.

Your veterinarian will recommend the best combination of treatments to fit your cat’s individual situation.

What is the Best Food for Cats With Urinary Tract Issues?

Some dietary changes can help cats with urinary tract issues. In addition to prescription urinary formulas, some veterinarians may recommend wet-food formulas for cats.

“Wet formulas of cat food may be used to increase the water consumption, which is important for cats to maintain proper urine outflow and to control urine pH,” says Carlson.

If your cat is stressed, then a diet that helps manage stress and urinary symptoms may be a good choice. Always ask your veterinarian for her recommendation for the best food for your cat.

Some common medications and supplements that may be recommended to treat FLUTD due to FIC include:

Cost to Treat FLUTD in Cats

Although prices for treatment will vary based on your location and your cat’s specific needs, for mild cases that include a veterinary visit, a urine test, medication and food, you can usually expect to spend between $200 and $300, says Carlson.

Moderate cases in which your cat is urinating blood could cost between $300 and $500, while severe cases requiring emergency care and a stay at the hospital could be upwards of $3,000 to $5,000, especially if surgery is required.

How to Prevent Lower Urinary Tract Disease in Cats 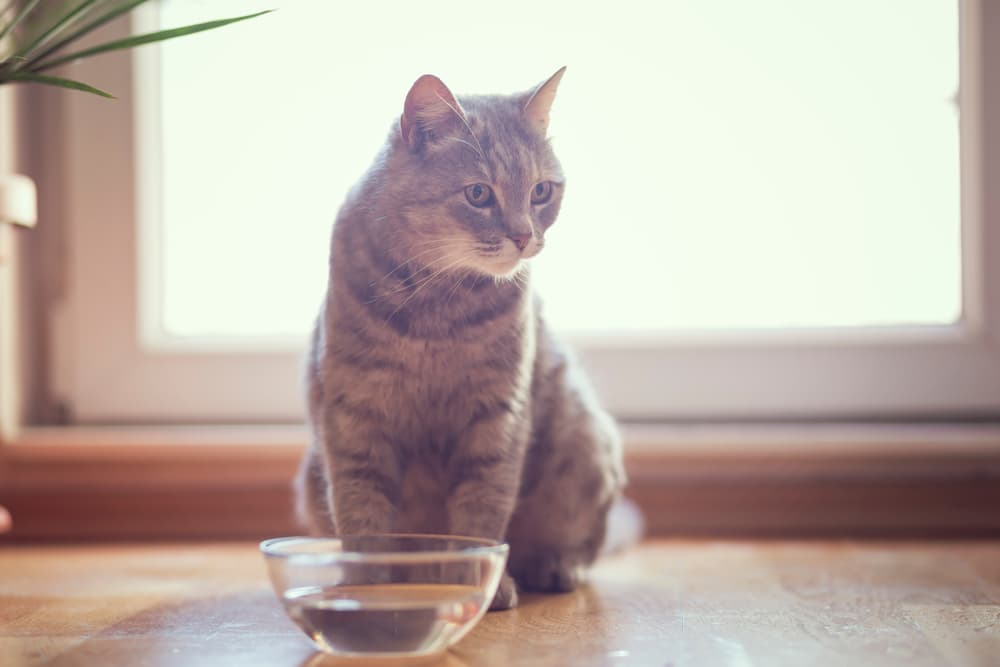 Although it may not be possible to fully prevent your cat from developing FLUTD, there are some steps you can take to lower your cat’s risk.

Carlson suggests that reducing stress in the environment and increasing water consumption are the most important ways to reduce the likelihood of your cat developing FLUTD due to FIC.

Make sure that plenty of fresh water is always available for your cat to drink. “Most cats require an ounce per pound of body weight per day of water,” Carlson says.

You can increase your cat’s water consumption by offering mostly canned food, offering water flavored with tuna juice or low sodium chicken broth, or purchasing your cat a drinking fountain.

Cats who have contracted FLUTD in the past may develop additional kidney complications due to prolonged urinary tract compromise, says Carlson.

Some cats may also develop constipation due to a reluctance to defecate caused by bladder discomfort. This can impact the overall colon function, as well.

Cheryl Lock is a writer and animal lover who minored in biology back in college. These days she uses her writing to cover pet health and general pet care topics. Although Cheryl really loves her Norwegian Forest Cat, Penny, rabbits are her first love. Cheryl got her first rabbit when she was in college — which she affectionately named Fiver, after the hero from Watership Down — and her second bunny, Nugget, traveled with her from apartment to apartment, and even across the country. These days, as a homeowner in Colorado, Cheryl counts every single bunny in her backyard as her own.