Pale gums, tiredness, and increased breathing rate. What do these things all have in common? They are all signs of anemia in cats, which occurs when felines suffer from a low red blood cell count.

In general, cats tend to be more prone to anemia than dogs, partially because they have a smaller blood volume in their bodies and their red blood cells also do not ‘live’ as long in their bodies. This means that depletion of the red blood cell count can cause cats to show signs of anemia more quickly.

Anemia in our cats can range from mild to severe. Many different causes of anemia exist and how we treat anemia in cats depends primarily on the cause.

Let’s take a deeper look at feline anemia, including possible causes, symptoms, and how to get cats care if they become anemic.

What is Feline Anemia?

Anemia in cats refers to a lack of red blood cells through either loss, destruction of those cells, or being unable to produce those cells normally.

Red blood cells have a critical role in a cat’s body. They are responsible for carrying oxygen to vital organs and tissues. Tissues need oxygen to function. A low red blood cell count may mean that less oxygen gets to a cat’s important organs, which can cause organ dysfunction and in severe cases, death.

We often see very different forms of anemia in cats based on their age.

Causes of Anemia in Cats 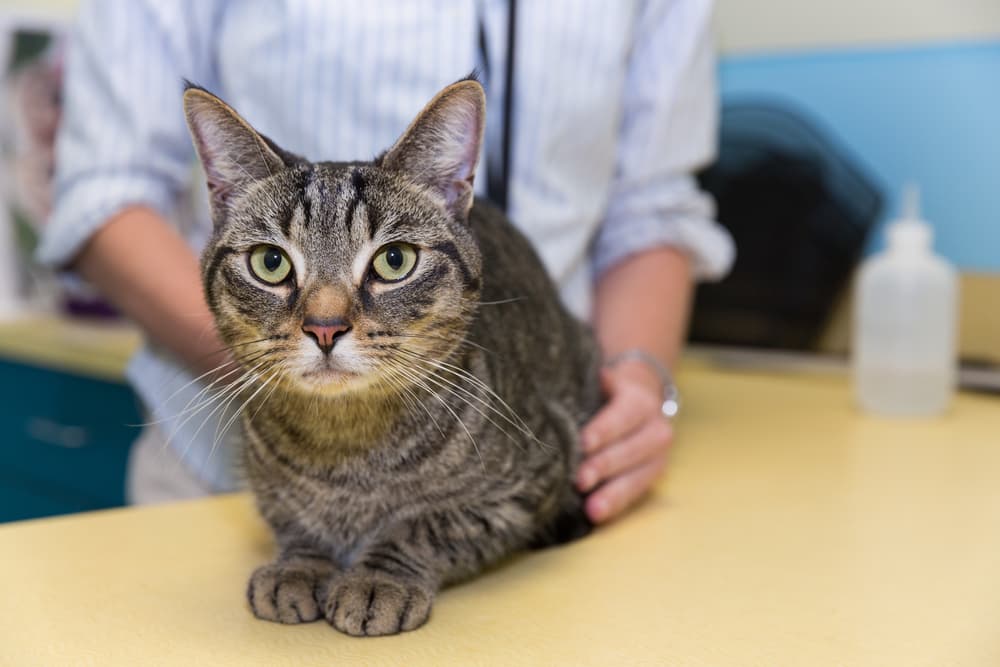 Some causes have an acute, or sudden, onset while others have a slower and more chronic onset.

Some causes of anemia in cats include:

Finding out the exact cause of your cat’s anemia often requires testing and diagnostics by your veterinarian.

Causes of Anemia in Kittens 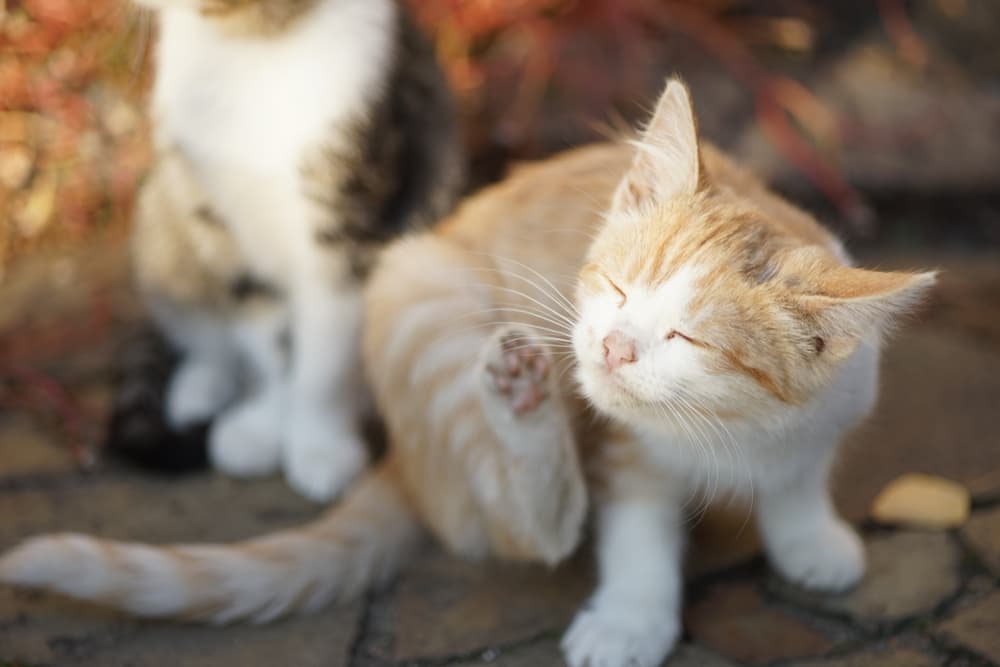 Anemia in kittens can be particularly severe due to their smaller size and developing immune systems.

Clues that a kitten has fleas may be black specks of flea dirt (which is flea excrement), scabs and lesions throughout their skin, and active fleas or known fleas in the environment. Fleas tend to also carry with them blood-borne parasites which can further sicken a weak flea-bitten kitten.

Other causes of anemia in kittens include:

Signs of Anemia in Cats 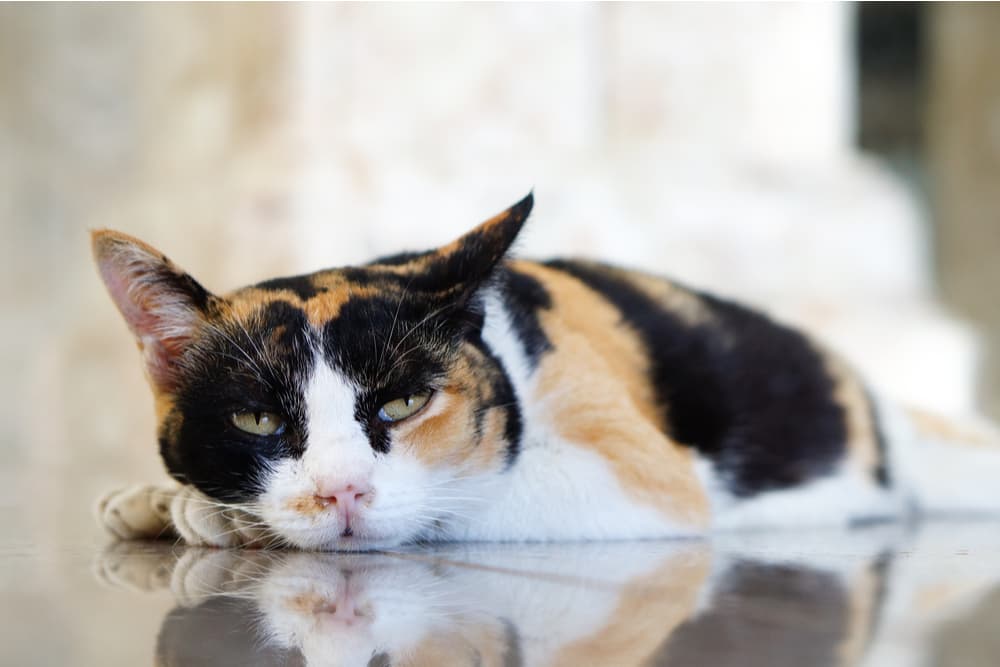 Signs of anemia in cats vary depending upon the severity of anemia. Cat parents will often notice pale gums, overall lethargy, and an increase in breathing rate.

Other symptoms of anemia in cats include: 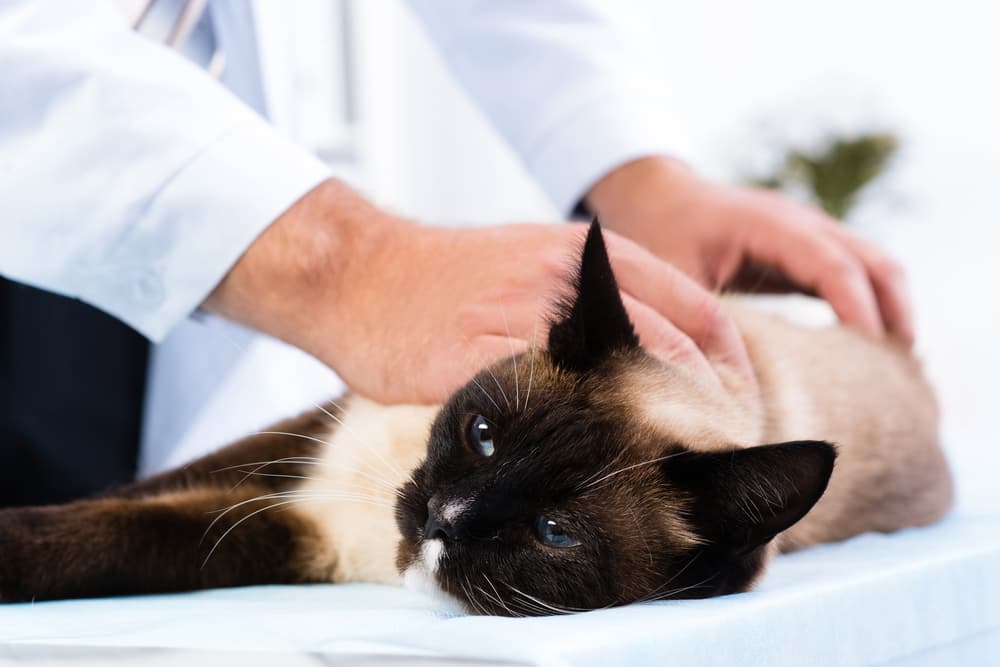 Bloodwork is the most basic test to diagnose anemia in cats. Simply identifying anemia through blood tests can be relatively easy, even if determining the cause may be much more involved.

Some anemias are more straightforward to diagnose while others require several rounds of testing or more invasive procedures like bone marrow aspirates, a procedure that tests the liquid part of the soft tissue inside a cat’s bones.

To diagnose the cause of anemia in cats, your veterinarian may also recommend FIV/FeLV testing, urine tests, radiographs (X-rays), or an abdominal ultrasound.

How to Treat Anemia in Cats 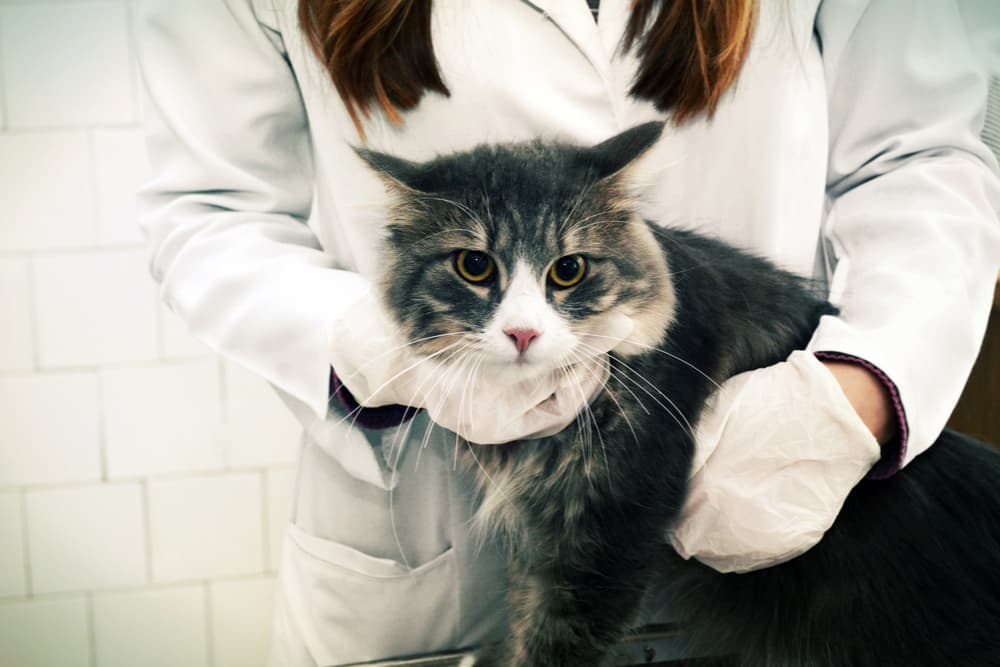 Treatment of anemia in cats depends on the cause. For some cats with flea-bite anemia, it may be as simple as getting them on reliable, veterinarian-recommended flea prevention.

Other times, particularly with kittens with flea-induced anemia, the red blood cell levels may be so low that they need blood transfusions and hospitalized care. The overall outcome for these kittens can still be good.

Sometimes, a cat with mild anemia may only display subtle differences in behavior. This is often the case in cats with slowly developing anemia due to conditions such as early kidney disease. In these cases, your veterinarian may work on treating the underlying disease with a dietary change or gastrointestinal support.

If a cat is showing symptoms and is noticeably unwell due to anemia or other underlying diseases or infections occurring with anemia, treatments may include hospitalization and blood transfusions.

Severe anemias that occur can lead to organ dysfunction, lethargy, susceptibility to other diseases, seizures, and even death. Working with your vet to get your cat appropriate supportive care can be invaluable in determining an appropriate treatment plan, prognosis, and quality of life for a cat with anemia.

How to Prevent Anemia in Cats 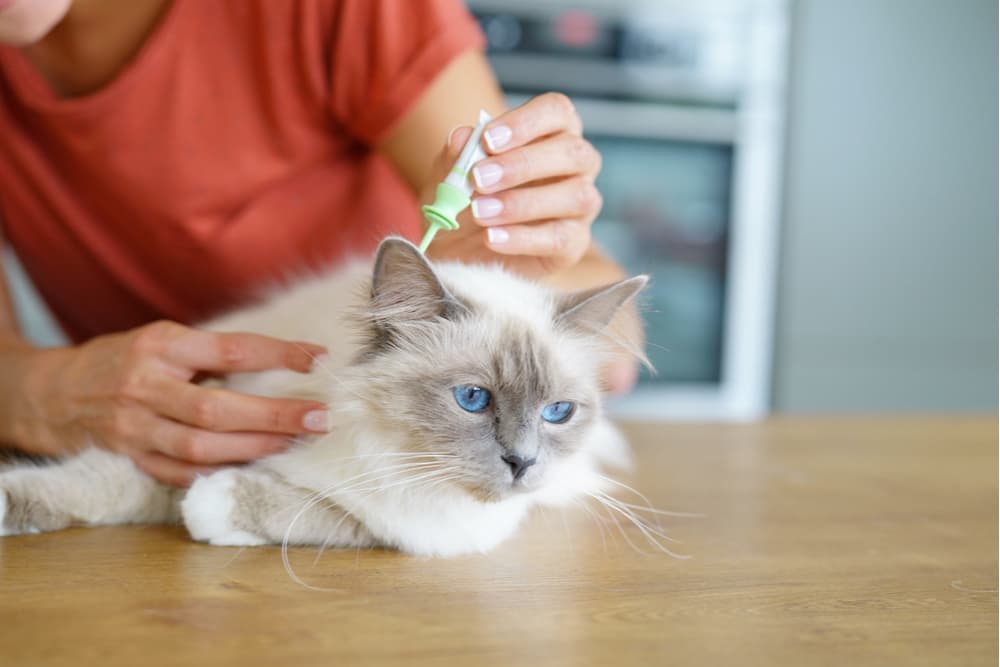 Not all types of anemias can be prevented in cats, however keeping up with monthly flea prevention as recommended by your veterinarian and keeping cats indoors are two good practices to put in place.

Cats that are on consistent monthly flea prevention are unlikely to develop flea infestations or flea-bite anemia as a result. Indoor cats are less likely to be exposed to trauma such as getting hit by cars and wildlife attacks, which could lead to blood loss and more severe injuries.

Keeping up with annual veterinary visits and blood work can also be helpful in monitoring your pet’s blood levels.

Dr. Monica Tarantino is a small animal veterinarian and pet parent educator. She’s on a mission to help cats and dogs around the world by simplifying pet health and showing pet parents how they can give their pets their best lives. Dr. Tarantino is a Fear Free certified clinician in the Charlotte, NC area. She is also creator of the podcast, 'Senior Dog Revolution' which focuses on creating happy and healthy living for older dogs. You can follow her educational content on Instagram @seniordogdoc or seniordogrevolution.com.