With year-round comfortable temperatures and tons of beaches, Los Angeles is a great place to be a pet parent. That being said, it is important to know which dog-friendly beaches in Los Angeles have what you’re looking for as well as their rules and regulations.

Unfortunately, there are only a handful of truly dog-friendly beaches in LA due to city and county rules against dogs on the beach even when leashed.

Rosie’s Dog Beach is an area of Belmont Shore Beach designated by the city of Long Beach for off-leash dogs. This whole area is one long wide beach so it’s hard to tell where the boundaries are since it is not fenced in, but cones are commonly used.

The official beach dog zone is between Roycroft and Argonne Avenues along Ocean Boulevard. The rest of the beach, which is centered on Granada Avenue, is commonly called Granada Beach.

Huntington Dog Beach is a dog-friendly strand at the northern end of Huntington Beach City Beach. The zone where dogs are allowed on the beach is located between Seapoint Street and 21st Street. Dog Beach is considered an off-leash beach by locals, but signs indicate that the city ordinance requires a 6-foot leash. The bottom line is that only unruly or dangerous dogs will be cited.

There are several long parking lots above the eroding bluff along this stretch off Pacific Coast Highway. The Huntington Beach Bike Trail runs in both directions on the bluff for leashed dog walking, biking, and running. A short drive up Goldenwest you will find the Park Bench Cafe where you can get a meal and hang out with your pooch.

North Beach at Leo Carrillo State Park is a wide family-friendly and dog-friendly beach in western Malibu. It has a parking lot right on the beach. In between North Beach and Leo Carrillo’s South Beach there is a rocky area known as Sequit Point which has tide pools and fun caves to explore – both are best at low tide.

Dogs are allowed here on leash, but look for signs that indicate boundaries of the dog zone. Free parking for North Beach can be found along PCH west of Mulholland Highway. 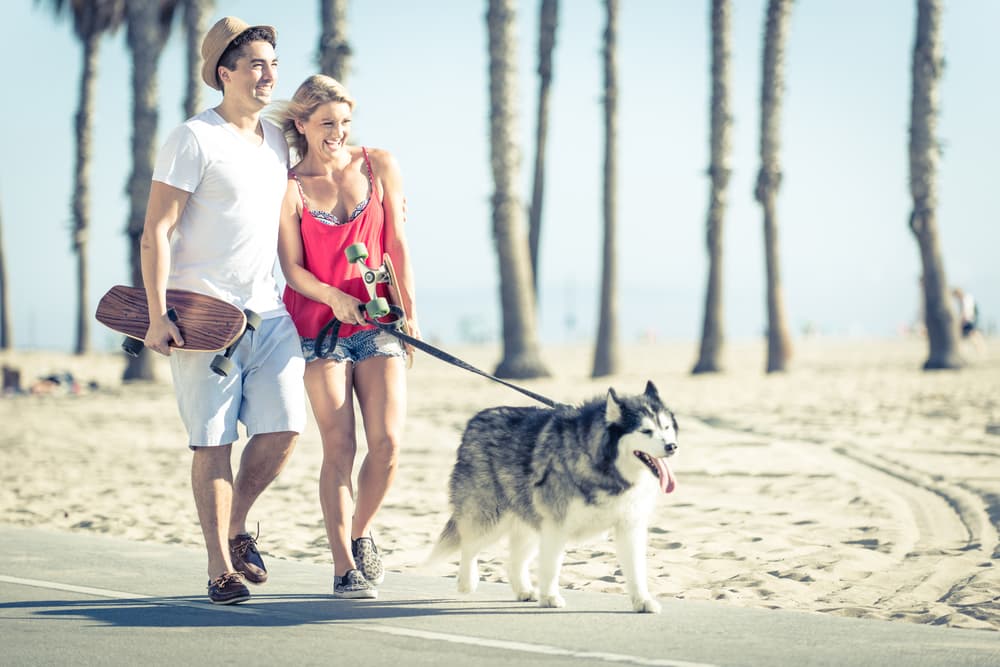 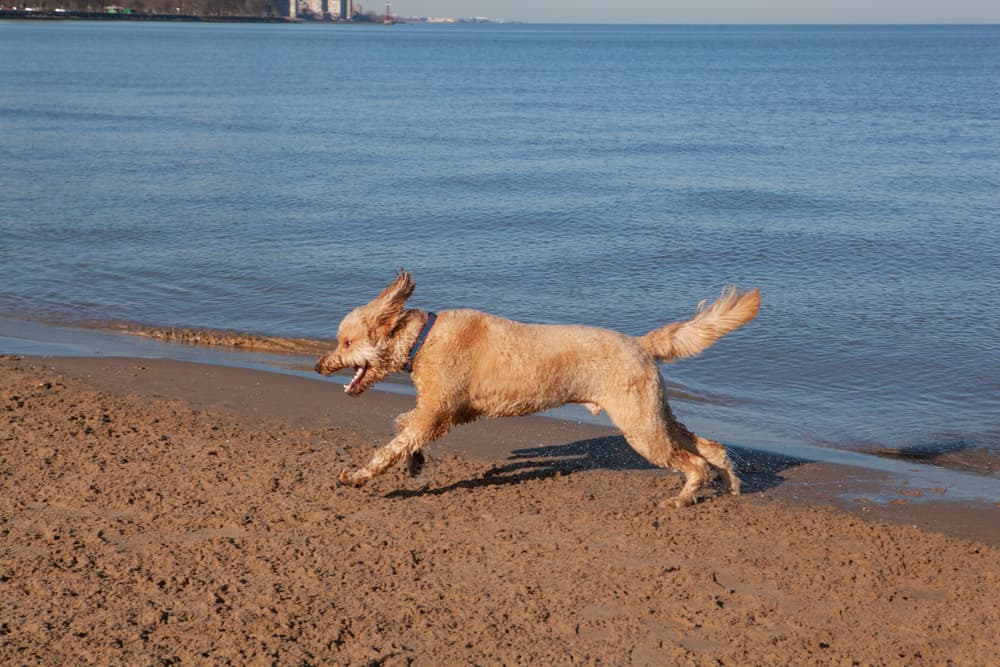 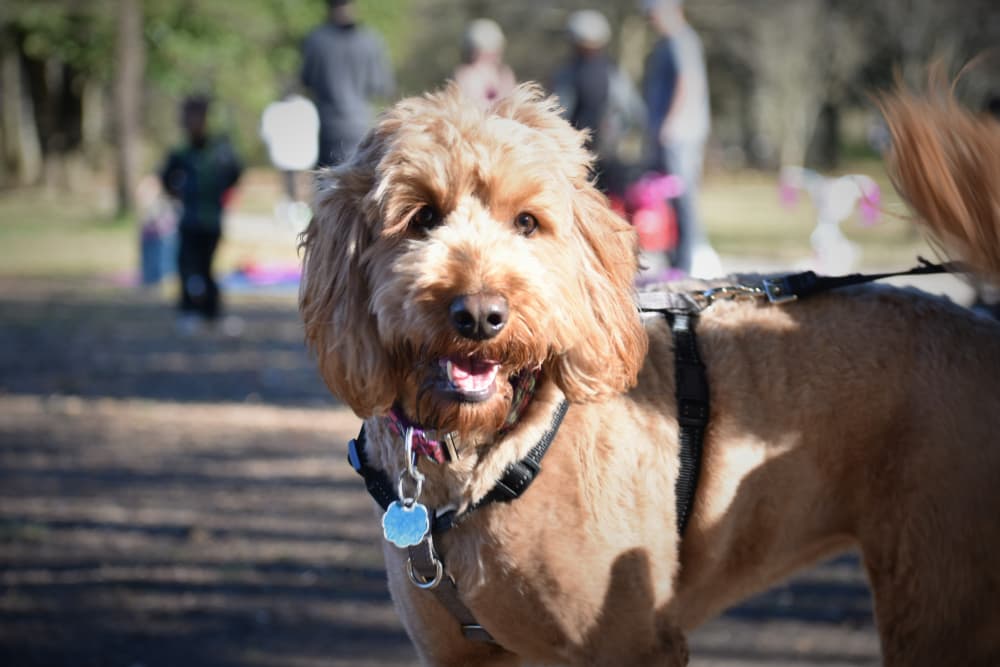 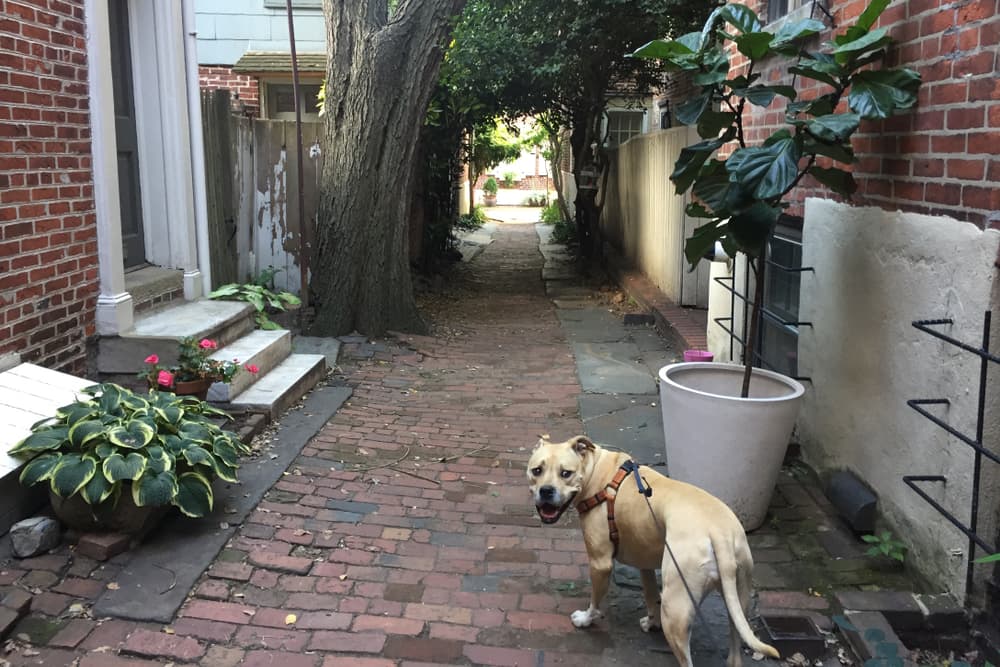 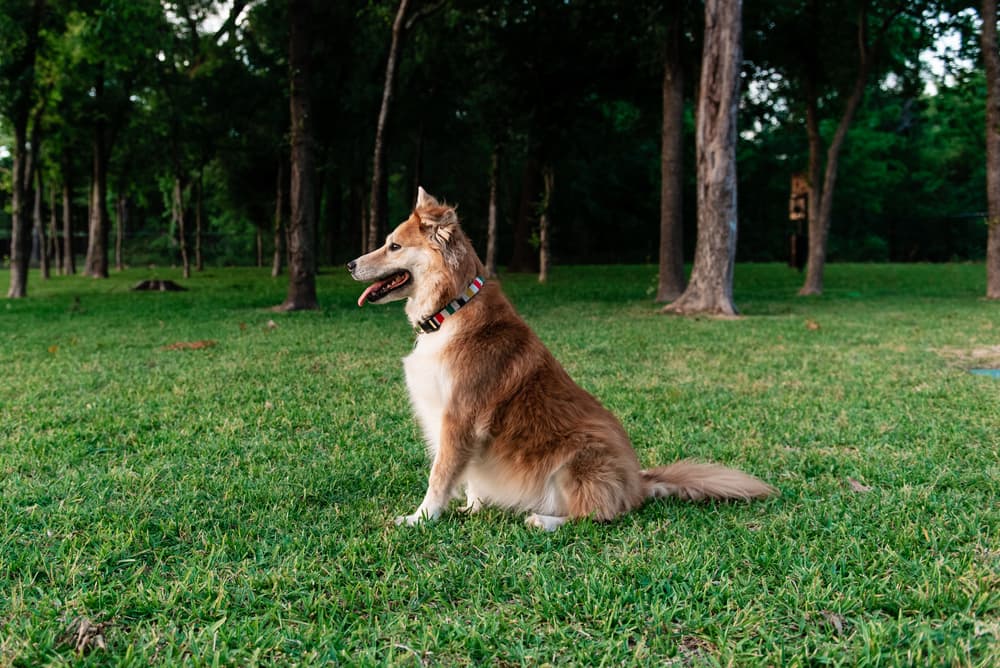 Andrew Borgschulte is a healthcare marketer by day who loves dogs, all things sports and is obsessed with golf. He resides in the DC area and spends his free time with his two wonderful dogs, Magnus and Clara.