A potentially fatal tapeworm that was once restricted to the habitat of the Arctic fox in the northern provinces of Canada is now widespread in southern Ontario, new research reveals.

The Echinococcus multilocularis tapeworm was first documented in wildlife in southern Ontario in 2012 (1). Prior to this, the parasite was thought to be absent from the more densely populated areas of the country. Now, a 2019 study reports that nearly 25 percent of wild canids harvested in southern Ontario tested positive for E. multilocularis (1).

Infective to humans and other animals, E. multilocularis has been documented across southern Canada, at least 13 U.S. states from Alaska to Montana to Ohio, and a total of 36 countries in the Northern Hemisphere (1, 2).

Unlike other Echinococcus tapeworm species, E. multilocularis causes a severe disease known as alveolar echinococcus (AE). Though rare, AE can be deadly to humans when infected as an inadvertent intermediate host.

Historically, E. multilocularis has been a disease of concern in central and eastern Europe, extending east into Russia and Mongolia. Epidemiological data published in July 2019 highlights that the risk of AE due to infection with E. multilocularis is now similar in southern Canada (3). 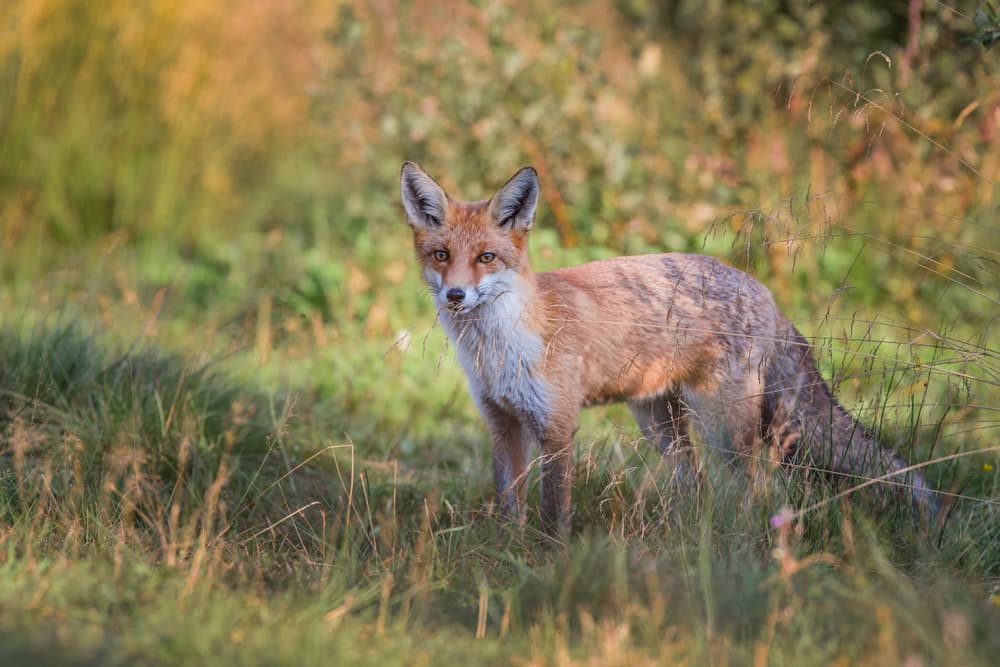 This southern zone of infectivity overlaps with the distribution of the red fox. Genotyping of the parasite is consistent with the spread of the European strain, and E. multilocularis is now considered endemic in North America.

For the veterinary community, emerging zoonotic diseases such as E. multilocularis are why our recommended prevention plans are always evolving. Understanding the life cycle and risk factors for this parasite are important in determining what parasite protection to recommend to clients. 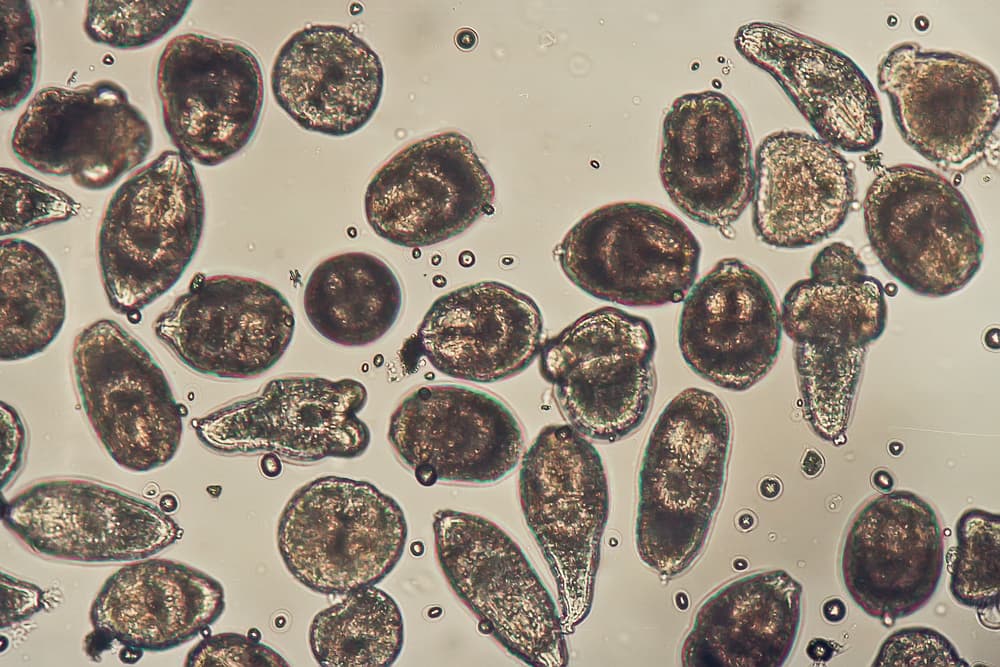 Echinococcus tapeworms require both mammalian intermediate and definitive hosts. Definitive hosts (such as foxes, coyotes, wolves, and in some cases, dogs) usually experience no symptoms as the tapeworms mature in the small intestines. The eggs are then shed in feces, which are ingested by intermediate hosts such as rodents, rabbits, and other small prey. The life cycle is completed when definitive hosts eat infected prey.

Humans and pets can become inadvertent intermediate hosts by ingesting eggs. In intermediate hosts, the eggs typically migrate to the liver. Larval metastases may affect other organs as well, including the spleen, lungs, and brain. The resulting disease of the intermediate host, alveolar echinococcosis (AE), poses health risks to both humans and domestic animals.

While some species of Echinococcus form hydatid cysts that are easily excised and treated, AE caused by E. multilocularis frequently metastasizes to multiple organs even before it is diagnosed.

E. multilocularis has a long incubation period of five to 15 years in humans (4). By the time an infected person becomes symptomatic, multiple loculae are affecting function of multiple organs. Symptoms are non-specific, including lethargy and weight loss.

Surgical excision can be attempted but is rarely curative. Patients with AE may require long-term or even life-long chemotherapy with albendazole or mebendazole. Even with treatment, AE can be fatal in humans. Dogs with AE are euthanized due to poor prognosis. 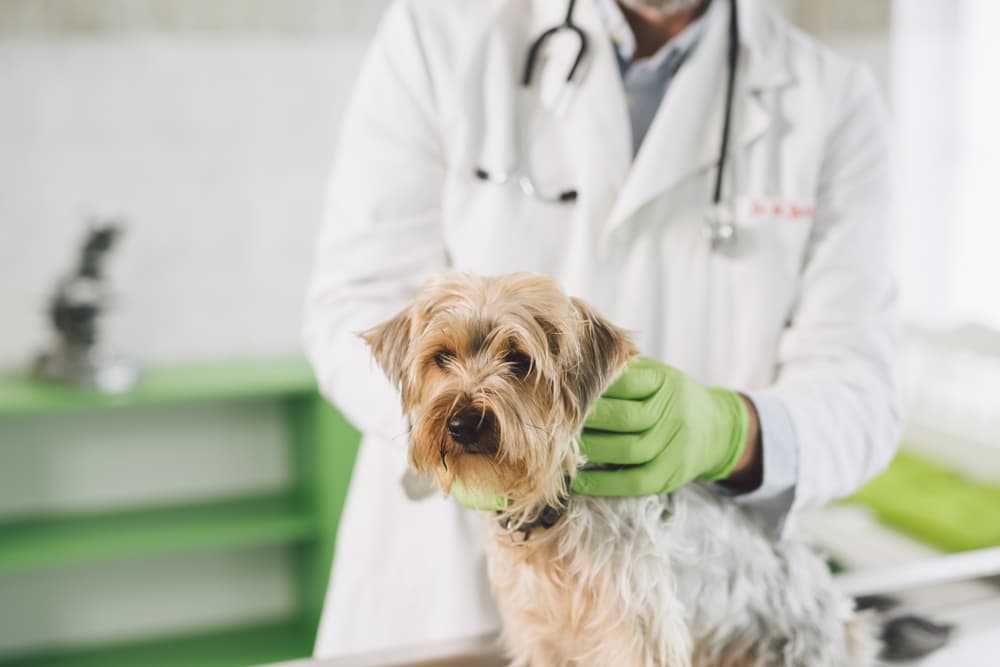 Dog ownership is associated with an increased risk for the development of AE due to the likelihood of coming in contact with eggs shed in the home or onto a dog’s fur (5).

The European Scientific Counsel Companion Animal Parasites (ESCCAP) promotes monthly treatments with an appropriate anthelmintic containing praziquantel or epsiprantel for dogs with a high risk of infection with Echinococcus spp. (6). Praziquantel is highly effective against Echinococcus species of tapeworms and is documented to be well-tolerated in dogs.

Interceptor® Plus (milbemycin oxime/praziquantel) is a monthly heartworm preventive that contains praziquantel and is effective against E. multilocularis in dogs. A broad-spectrum approach to monthly parasite protection may help achieve the necessary compliance with clients.

See important safety information for Interceptor® Plus below.

Echinococcus species require, on average, six to eight weeks to mature from cysts to gravid adults in definitive hosts. Monthly deworming thereby offers one to two opportunities to stop the lifecycle and limit the number of eggs shed into the environment that could be a continued source of infection.

Even outside of the known geographic distribution, prevention is the best “One Health” approach. One Health recognizes the interconnectedness of human and animal health. It highlights the importance of disease prevention in animals for protection of human health, and the need for international cooperation in such efforts. State and national borders mean nothing as wild canids search for resources in a changing environment. Given the rapid establishment of E. multilocularis in new territory, further spread across North America is likely.

As the geographic presence of this disease expands, getting in the habit of recommending broad-spectrum parasite protection can help protect your clients and patients from E. multilocularis and other zoonotic emerging diseases.

Tips and Advice for Your Clients

Clients who hunt with their dogs or participate in field trials are at highest risk of coming in contact with E. multilocularis in coyote or fox feces or having their dog act as a fomite for infective eggs. Dogs who eat small prey or investigate carcasses even in fenced yards may become definitive hosts and shed eggs. This is why prevention programs focus on deworming of dogs, according to the World Health Organization (4).

“You can also greatly reduce your risk by not letting your dog into your bed because you can come into contact with eggs shed onto the bed,” said Dr. Andrew Peregrine, senior author of the 2019 study documenting the widened geographic range of E. multilocularis. Careful hygiene should be implemented for all dogs with possible E. multilocularis and other zoonotic disease exposure.

A One Health approach to protecting against E. multilocularis and other emerging diseases is most likely to keep infection rates low even as parasites widen their territories and ecologies shift.

Interceptor Plus is indicated for the prevention of heartworm disease caused by Dirofilaria immitis and for the treatment and control of adult roundworm (Toxocara canis, Toxascaris leonina), adult hookworm (Ancylostoma caninum), adult whipworm (Trichuris vulpis), and adult tapeworm (Taenia pisiformis, Echinococcus multilocularis, Echinococcus granulosus and Dipylidium caninum) infections in dogs and puppies six weeks of age and older and two pounds of body weight or greater.

Treatment with fewer than 6 monthly doses after the last exposure to mosquitoes may not provide complete heartworm prevention. Prior to administration of Interceptor Plus, dogs should be tested for existing heartworm infections.  The safety of Interceptor Plus has not been evaluated in dogs used for breeding or in lactating females. The following adverse reactions have been reported in dogs after administration of milbemycin oxime or praziquantel:  vomiting, diarrhea, depression/lethargy, ataxia, anorexia, convulsions, weakness, and salivation. For full prescribing information see Interceptor Plus package insert.

Disclaimer: The author received compensation from Elanco US Inc., the maker of Interceptor Plus, for her services in writing this article. 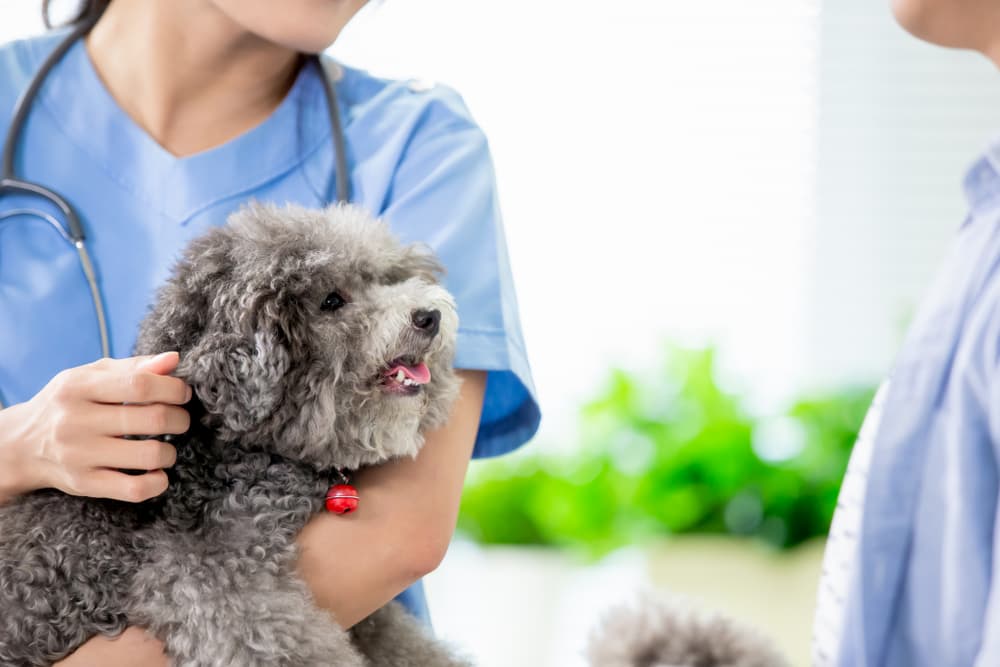 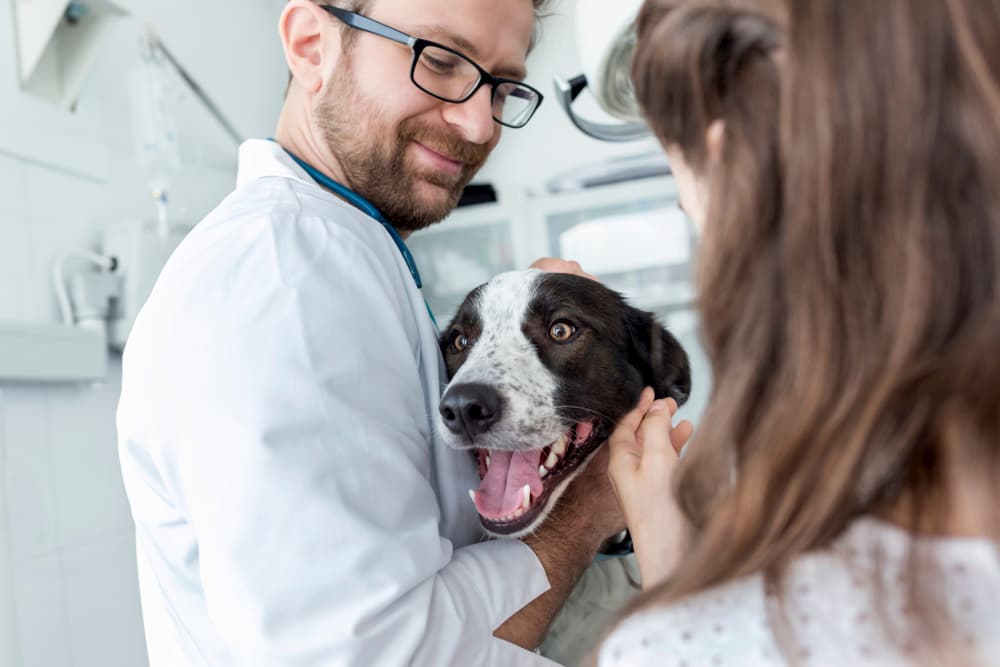 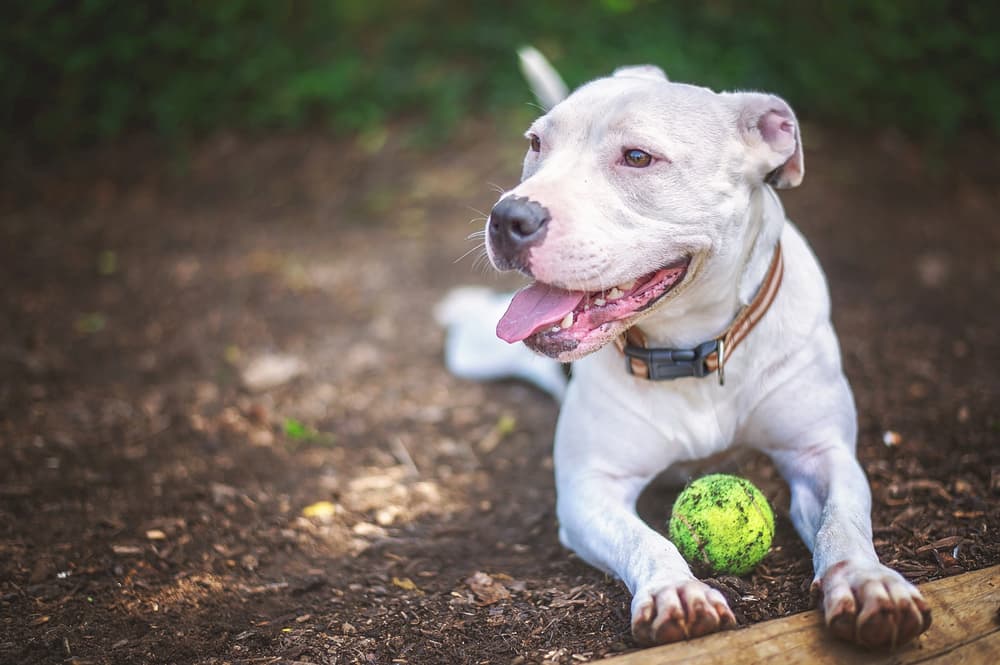 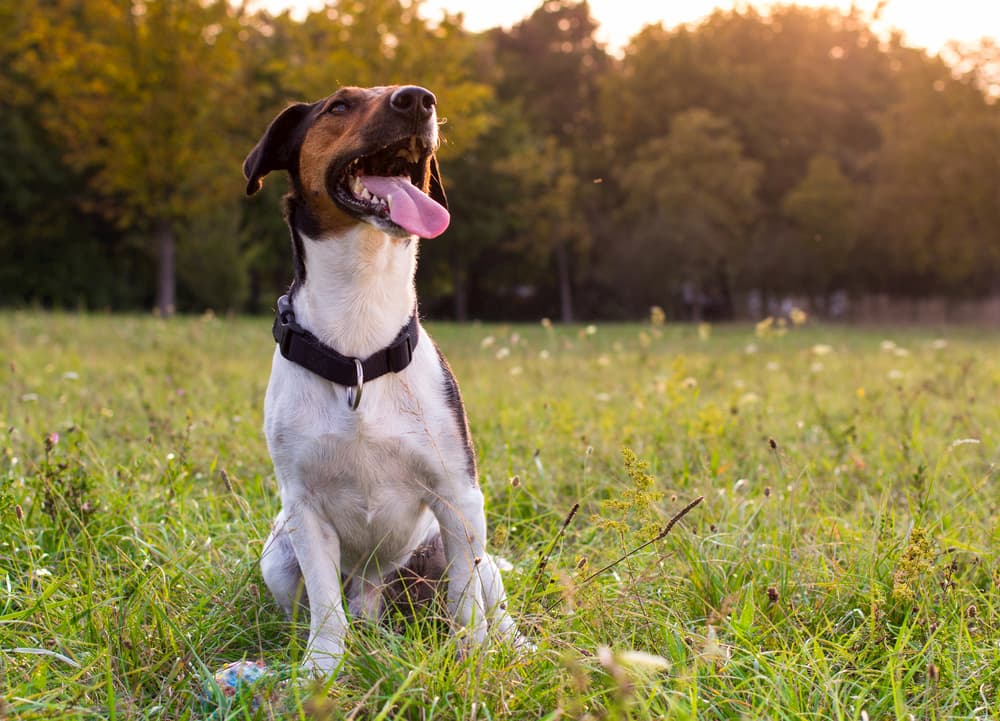 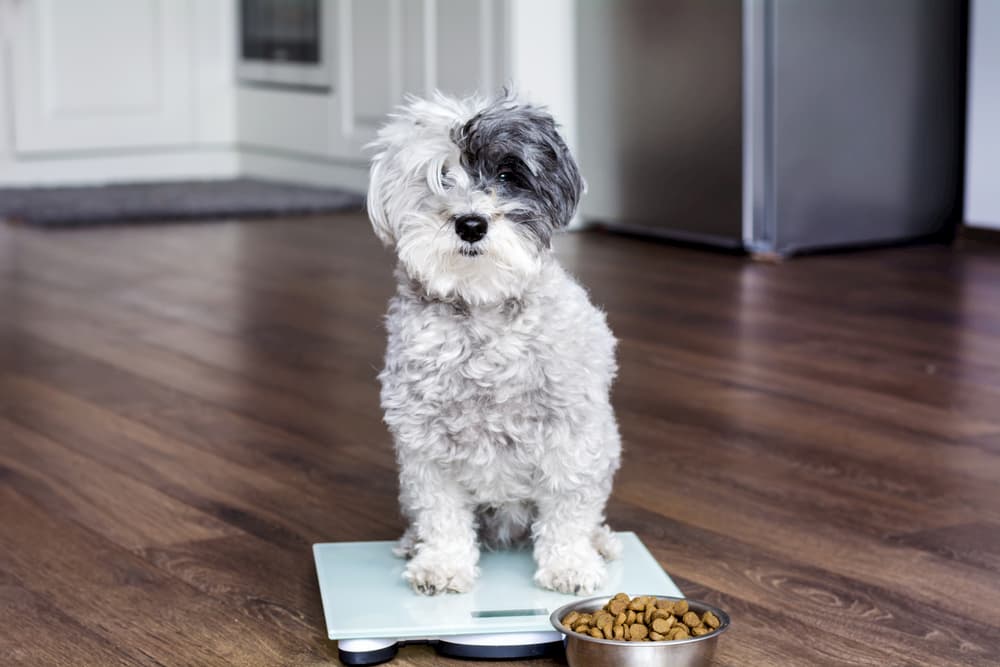 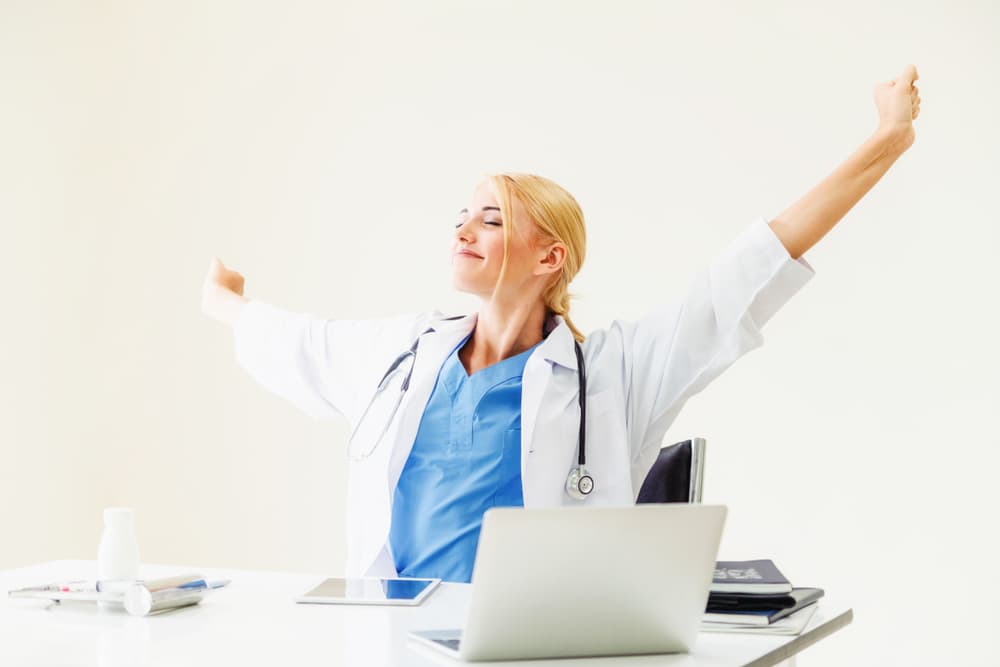